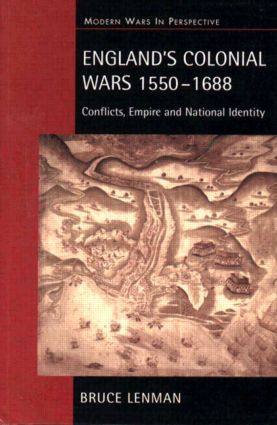 Bruce Lenman's hugely ambitious study explores three interacting themes: the growth of England's sprawling colonial empire; its military dimension; and the impact of colonial warfare on national identity. He starts in Ireland, with the renewed assault of English settlers on the Irish Gaeltacht. Under the (Scottish) Stuarts, England then began a dramatic expansion across the North Atlantic. In America, the 'Indian Wars', fought with minimal Crown support, helped forge an independent military capability among the colonists; while, in the West Indies, slave numbers and French intervention forced English settlers into a new dependency on the Crown. In India, the East India Company achieved ascendancy by sepoy armies under British control. These were very different kinds of empire; and a showdown became inevitable. The climactic conflict, the American Revolution, would not only dictate the future shape of colonial expansion, but also decisively reshaped the identities of all the participants.

'both books deserve attention, not least because they bring military history back into the mainstream and demonstrate the centrality of conquest to the development of western Europe…'

'Lenman has not only written an excellent survey of eighteenth century colonial wars, he has shown how this subject can be tackled'

Bruce Lenman is Professor of Modern History at the University of St. Andrews. He has also written Britain's Colonial Wars, 1688 - 1783.