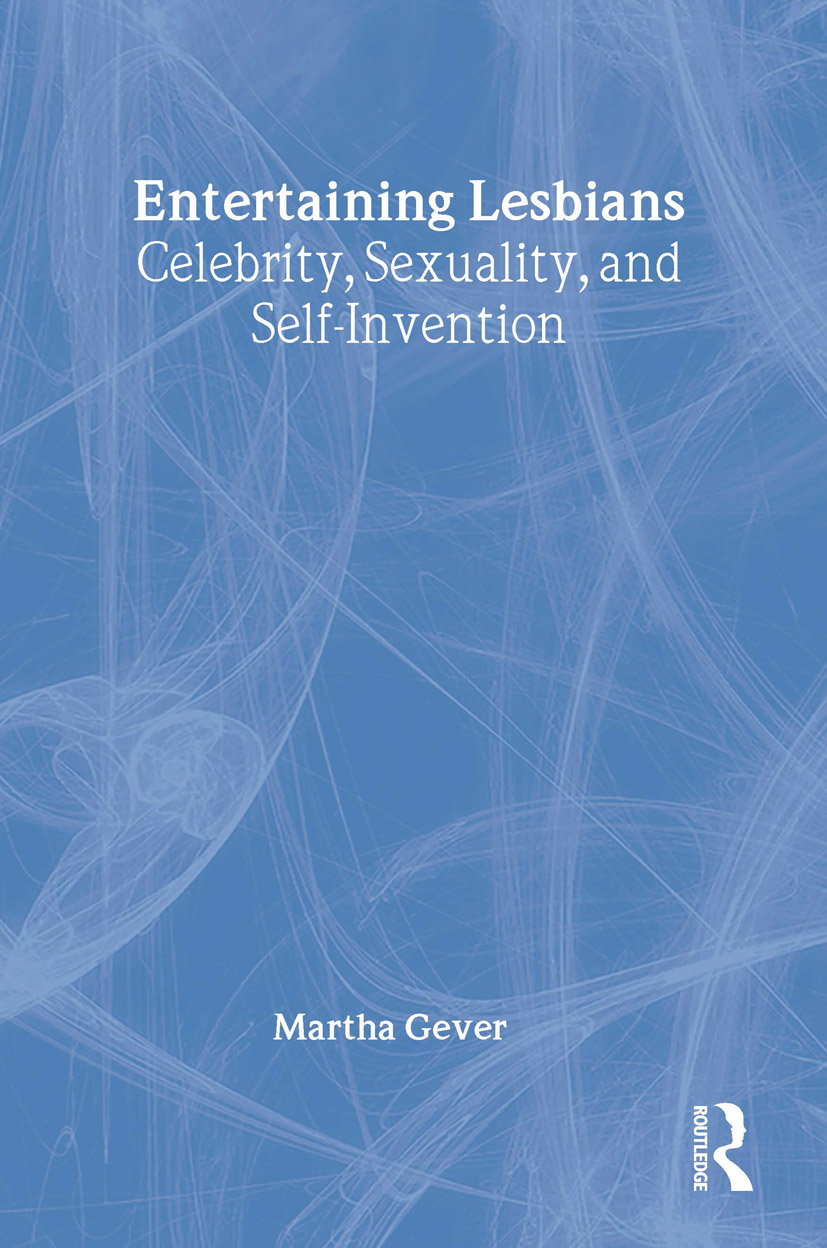 Before the rise of celebrities like Ellen DeGeneres and k.d. lang, lesbians were rarely in the limelight and the few that were often did not fare well. Times have changed and today's famous lesbians are popular icons. Entertaining Lesbians charts the rise of lesbians in the public eye, proposing that celebrity has never been a simple matter of opening closet doors, portraying "positive images," or becoming "role models." Gever traces the history of lesbians in popular culture during the twentieth century, from Radclyffe Hall and Greta Garbo to Martina Navratilova and Rosie O'Donnell, to explore the paradoxes inherent in lesbian celebrity.

"…a thoughtful, wide-ranging discussion of lesbians in 20th-century pop culture that touches on the history of photography, tabloid journalism, theories of mass culture, and the politics of coming out, among other subjects." -- Library Journal

"Remember when lesbians used to hide their sexuality, way before Rosie and kd lang? A canny history and critique of the rise of lesbian celebrity." -- Carlin Romano, Philadelphia Inquirer

"In Entertaining Lesbians, noted critic and media activist Martha Gever takes on two of the most enduring and problematic assumptions of lesbian culture: visibility and coming out. Through rich historical detail and sustained archival research, Gever explores the possibilities and the contradictions of lesbian celebrity in a study that will be required reading for anyone interested in lesbians and popular culture." -- -Judith Mayne, author of Framed: Lesbians, Feminists, and Media Culture

"With uncommon clarity, voluminous research, and a great instinct for what's important, Martha Gever makes sense of the high points of lesbian visibility. A landmark study: literature, television, and popular culture may never be the same." -- -B. Ruby Rich , author, Chick Flicks: Theories and Memories of the Feminist Film Movement

"A thoroughly original and timely study, one that will delight and instruct anyone interested in figuring out how sexuality, politics and culture come to define one another in our times." -- -Jeff Nunokawa, author of Tame Passions of Wilde: The Styles of Manageable Desire

"Gever examines how celebrity (and LCs in particular) affects political identity and influences social change. The book also includes a few juicy tidbits about Garbo, Martina, and others." -- Out

Martha Gever is Assistant Professor of Communication at Florida Atlantic University/Broward. Her books include: Queer Looks: Perspectives on Lesbian and Gay Film and Video and Out There: Marginalization and Contemporary Cultures. She is the former editor of The Independent Film and Video Monthly.