The late Professor Reds Wolman in his Foreword to the award-winning second edition said, "This is not your ordinary textbook. Environmental Hydrology is indeed a textbook, but five elements often found separately combine here in one text to make it different. It is eclectic, practical, in places a handbook, a guide to fieldwork, engagingly personal and occasionally opinionated. … and, perhaps most engaging to me, in places the authors offer personal views as well as more strongly worded opinions. The former often relate to evaluation of alternative approaches, or formulations, of specific solutions to specific hydrologic problems."

The first and second editions were bestsellers and the third promises to educate people new to the field of hydrology and challenge professionals alike, with insightful solutions to classical problems as well as trendsetting approaches important to the evolving genre. The third edition enhances materials in the second edition and has expanded information on many topics, in particular, evapotranspiration, soil erosion, two-stage ditch design and applications, and stream processes.

What’s New in the Third Edition:

Collectively, the authors have more than 130 years of international experience and the addition of John Lyon and Suzette Burckhard as co-authors expands the breadth of knowledge presented in this book. More than 60 scientists and engineers in Australia, Canada, Europe, and the United States provided assistance to round out the offerings and ensure applicability to hydrology worldwide.

Andy D. Ward, Ph.D, is a professor in the Department of Food, Agricultural and Biological Engineering, The Ohio State University and has been a member of the faculty since 1986. In 1971, he obtained a B.Sc. in civil engineering from Imperial College, London, England. In 1977 and 1981, Dr. Ward obtained an M.S. and Ph.D. respectively in agricultural engineering from the University of Kentucky. He has authored more than 100 manuscripts and co-authored a paper that received the 1994 Autometric Award from the American Society of Photogrammetry and Remote Sensing for the best interpretation of remote sensing data.

Suzette R. Burckhard, PhD, PE is a professor in the Civil and Environmental Engineering Department in the Jerome J. Lohr College of Engineering at South Dakota State University (SDSU), Brookings. She has been on the faculty since 1997. Dr. Burckhard earned a BS in engineering physics and civil engineering from SDSU. She also attended Kansas State University, earning an MS in physics, an MS in chemical engineering, and a PhD in civil engineering while there. She has over 100 presentations and publications including coauthoring the 3rd place ESRI Award for Best Scientific Paper in Geographic Information Systems in 2008.

John G. Lyon has conducted scientific and engineering research and administrative functions throughout his career. He is formerly the senior physical scientist in the U.S. Environmental Protection Agency’s Office of Research and Development (ORD) and Office of the Science Advisor in Washington, DC, where he co-led work on the Group on Earth Observations and the USGEO subcommittee of the Committee on Environment and Natural Resources, and research on geospatial issues. Lyon was director of ORD’s Environmental Sciences Division for approximately eight years. He was educated at Reed College in Portland, Oregon, and the University of Michigan in Ann Arbor.

"Environmental Hydrology provides a helpful introduction to some of the key processes and issues surrounding contemporary hydrology, from the description of the main components of the hydrological cycle, to human impacts and the application of remote sensing and GIS. A dedicated chapter at the end of the book that contains practical exercises provides readers with the opportunity to test their understanding of the book’s content."
—Dr Simon Gosling, School of Geography, University of Nottingham, UK

"This is an updated edition (2nd ed., 2004; 1st ed., 1995) of a comprehensive introductory hydrology textbook. At over 600 pages, it covers a lot of territory. This is perhaps appropriate for a subject as broad as the water molecule, but the text’s sheer size might be daunting to some. The presentation and mathematical explanations are clear, and there are quite a few worked examples and end-of-chapter problems which are logically posed. The volume takes a more broad-scale look at hydrological science than comparable works, such as S. L. Dingman's Physical Hydrology (3rd ed., 2014). Some derivations appear slightly more general than in Dingman's text, for example, in the presentation of the Penman-Monteith equation, but Ward (Ohio State) and coauthors then add pertinent material from diverse specialties. This is appropriate as hydrology can be seen as a major interdisciplinary factor linking many branches of earth and environmental science. Chapters on the fundamental physical processes behind the basic water balance equation are followed by relatively in-depth discussions of hydrological analysis as applied, for example, to specific ecosystems such as forests and high latitude regions. Next, the authors provide substantial material on such varied topics as sedimentation, human impacts, geographic information systems (GIS), and remote sensing as they are applied to hydrology."
—CHOICE, May 2016

"Unlike many other hydrology textbooks, the authors of Environmental Hydrology make an exceptional effort of emphasize water in soil, agricultural soil and land management, and even the use of soil surveys in several of the chapters while integrating classical hydrology concepts."
—Soil Science Society of America Journal, April 2016

"Environmental Hydrology is full of useful information presented in both written and visual formats. Even in black and white, photos and figures are helpful in conveying important points to the reader. The book is packed with examples and problems drawn from the authors’ professional experiences as practicing engineers and hydrologists. From an educator’s perspective, the book has a nice balance between examples and problems that are straight-forward in their solution and those that require the student to make assumptions and exercise sound professional judgment, as in many "real-world" cases where not all of the inputs are given or known."
—Groundwater, September-October 2016 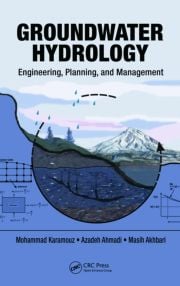 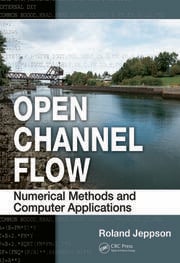 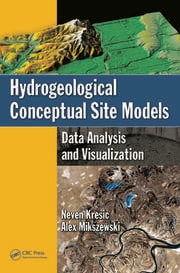