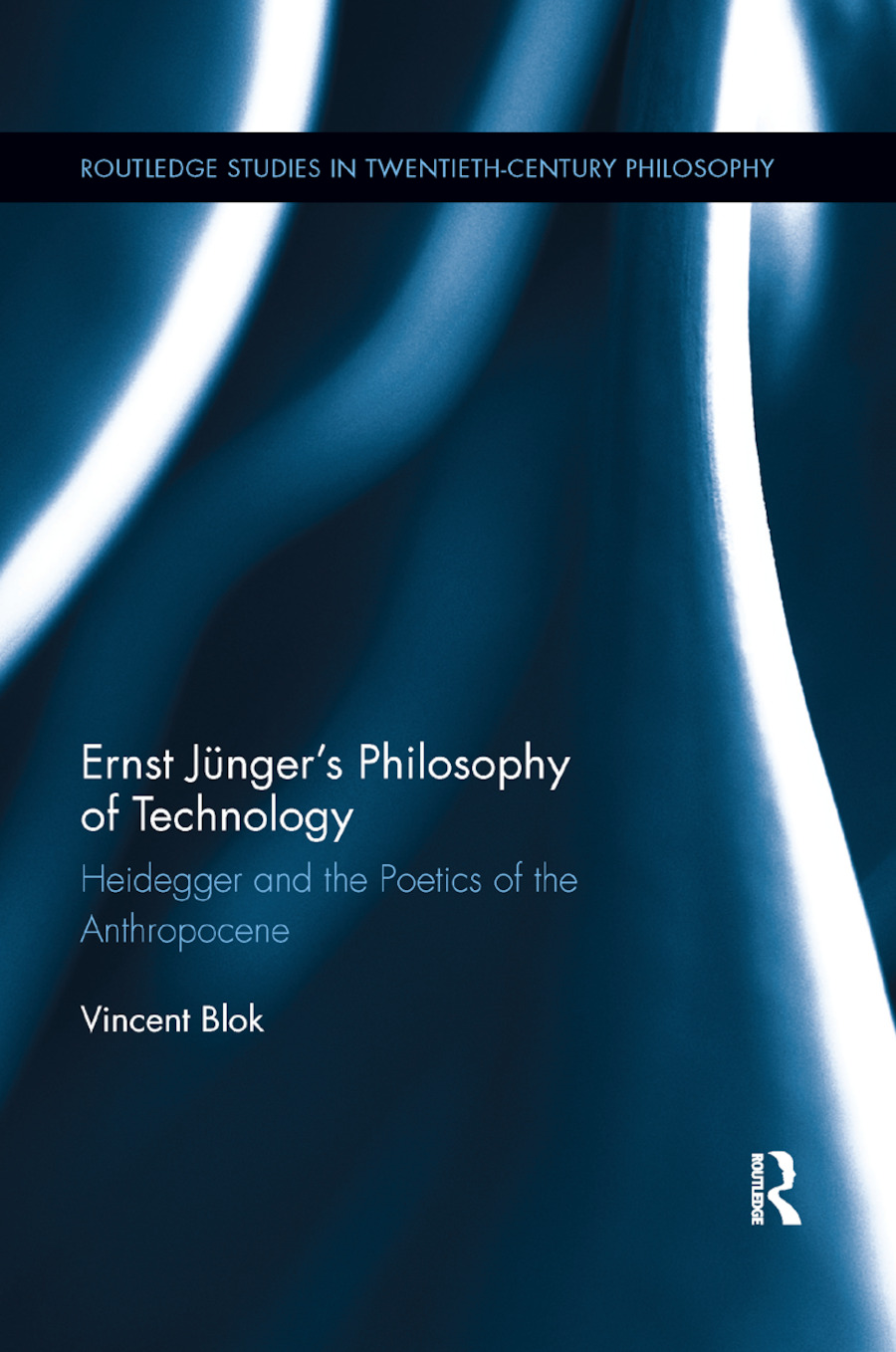 Heidegger and the Poetics of the Anthropocene, 1st Edition

This book examines the work of Ernst Jünger and its effect on the development of Martin Heidegger’s influential philosophy of technology. Vincent Blok offers a unique treatment of Jünger’s philosophy and his conception of the age of technology, in which both world and man appear in terms of their functionality and efficiency. The primary objective of Jünger’s novels and essays is to make the transition from the totally mobilized world of the 20th century toward a world in which a new type of man represents the gestalt of the worker and is responsive to this new age. Blok proceeds to demonstrate Jünger’s influence on Heidegger’s analysis of the technological age in his later work, as well as Heidegger’s conceptions of will, work and gestalt at the beginning of the 1930s. At the same time, Blok evaluates Heidegger’s criticism of Jünger and provides a novel interpretation of the Jünger-Heidegger connection: that Jünger’s work in fact testifies to a transformation of our relationship to language and conceptualizes the future in terms of the Anthropocene. This book, which arrives alongside several new English-language translations of Jünger’s work, will interest scholars of 20th-century continental philosophy, Heidegger, and the history of philosophy of technology.

1. The Age of Technicity and the Gestalt of the Worker

3. Language and the Poetics of the Anthropocene

Vincent Blok is associate professor in Business Ethics and Philosophy of Management, Technology & Innovation, Wageningen University (The Netherlands). He holds a PhD in philosophy of technology from Leiden University. His work has appeared in Journal of the British Society for Phenomenology, Philosophy & Technology, Environmental Ethics and other journals. See www.vincentblok.nl for his current research.