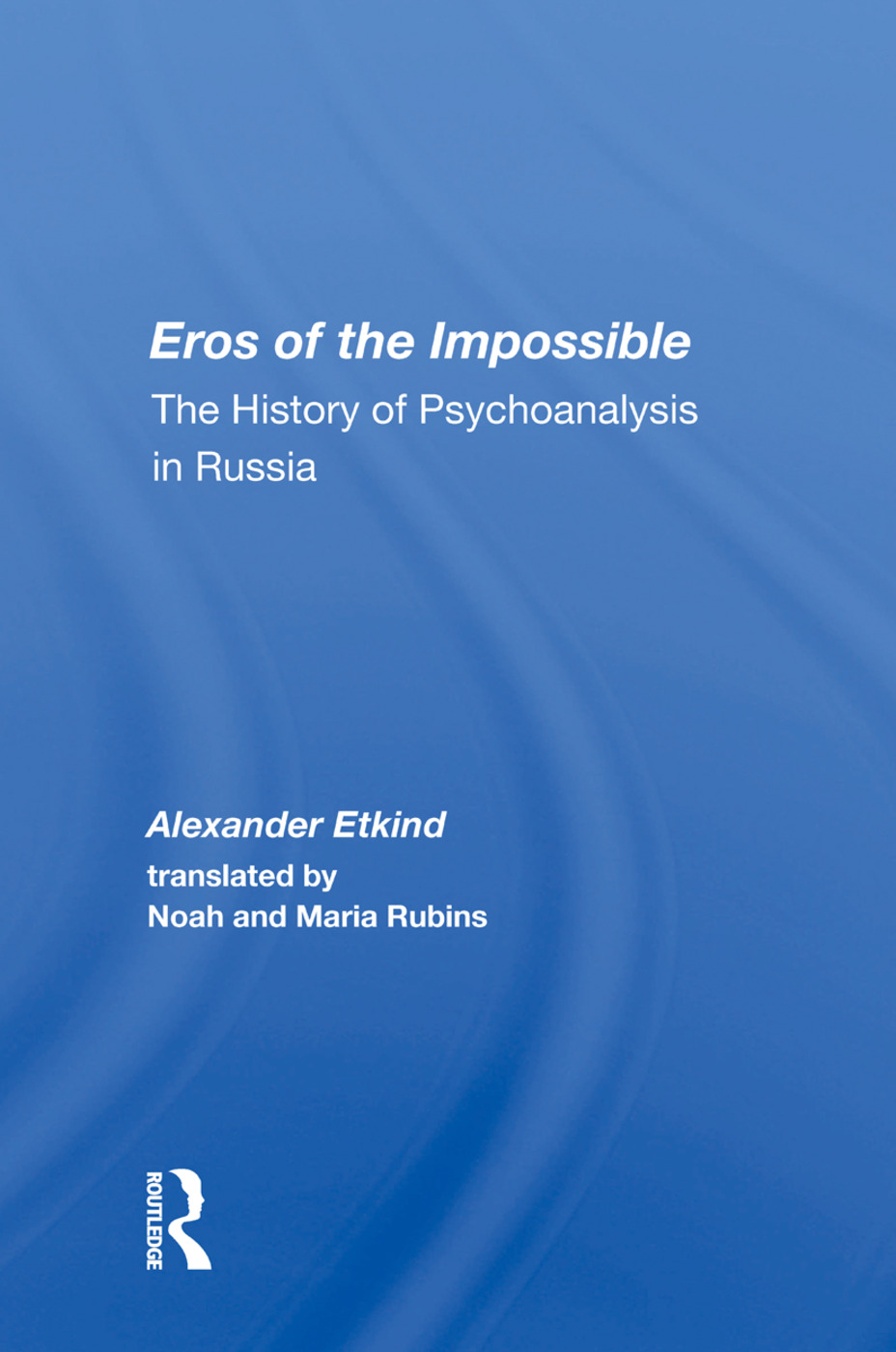 Eros Of The Impossible

The History Of Psychoanalysis In Russia, 1st Edition

Marxism was not the only Western idea to influence the course of Russian history. In the early decades of this century, psychoanalysis was one of the most important components of Russian intellectual life. Freud himself, writing in 1912, said that "in Russia, there seems to be a veritable epidemic of psychoanalysis." But until Alexander Etkind's Eros of the Impossible, the hidden history of Russian involvement in psychoanalysis has gone largely unnoticed and untold. The early twentieth century was a time when the craving of Russian intellectuals for world culture found a natural outlet in extended sojourns in the West, linking some of the most creative Russian personalities of the day with the best universities, salons, and clinics of Germany, Austria, France, and Switzerland. These ambassadors of the Russian intelligentsia were also Freud's patients, students, and collaborators. They exerted a powerful influence on the formative phase of psychoanalysis throughout Europe, and they carried their ideas back to a receptive Russian culture teeming with new ideas and full of hopes of self-transformation. Fascinated by the potential of psychoanalysis to remake the human personality in the socialist mold, Trotsky and a handful of other Russian leaders sponsored an early form of Soviet psychiatry. But, as the Revolution began to ossify into Stalinism, the early promise of a uniquely Russian approach to psychoanalysis was cut short. An early attempt to merge medicine and politics forms final chapters of Etkind's tale, the telling of which has been made possible by the undoing of the Soviet system. The effervescent Russian contribution to modern psychoanalysis has gone unrecognized too long, but Eros of the Impossible restores this fascinating story to its rightful place in history.

1 At the Crossroads of Worlds and Centuries: The Life and Work of Lou Andreas-Salome, 2 Russian Modernist Culture: Between Oedipus and Dionysus, 3 A Case of Neurosis in the Revolutionary Generation: Sergei Pankeev, the Wolf-Man, 4 Psychoanalytic Activity Before World War I , 5 Back to Russia: Sabina Spielrein , 6 Psychoanalysis in the Land of the Bolsheviks, 7 Between Power and Death: The Psychoanalytic Passions of Trotsky and His Comrades 8 Pedological Perversions, 9 The Ambassador and Satan: William Bullitt in Bulgakov's Moscow, 10 The Intelligentsia in Search of Resistance