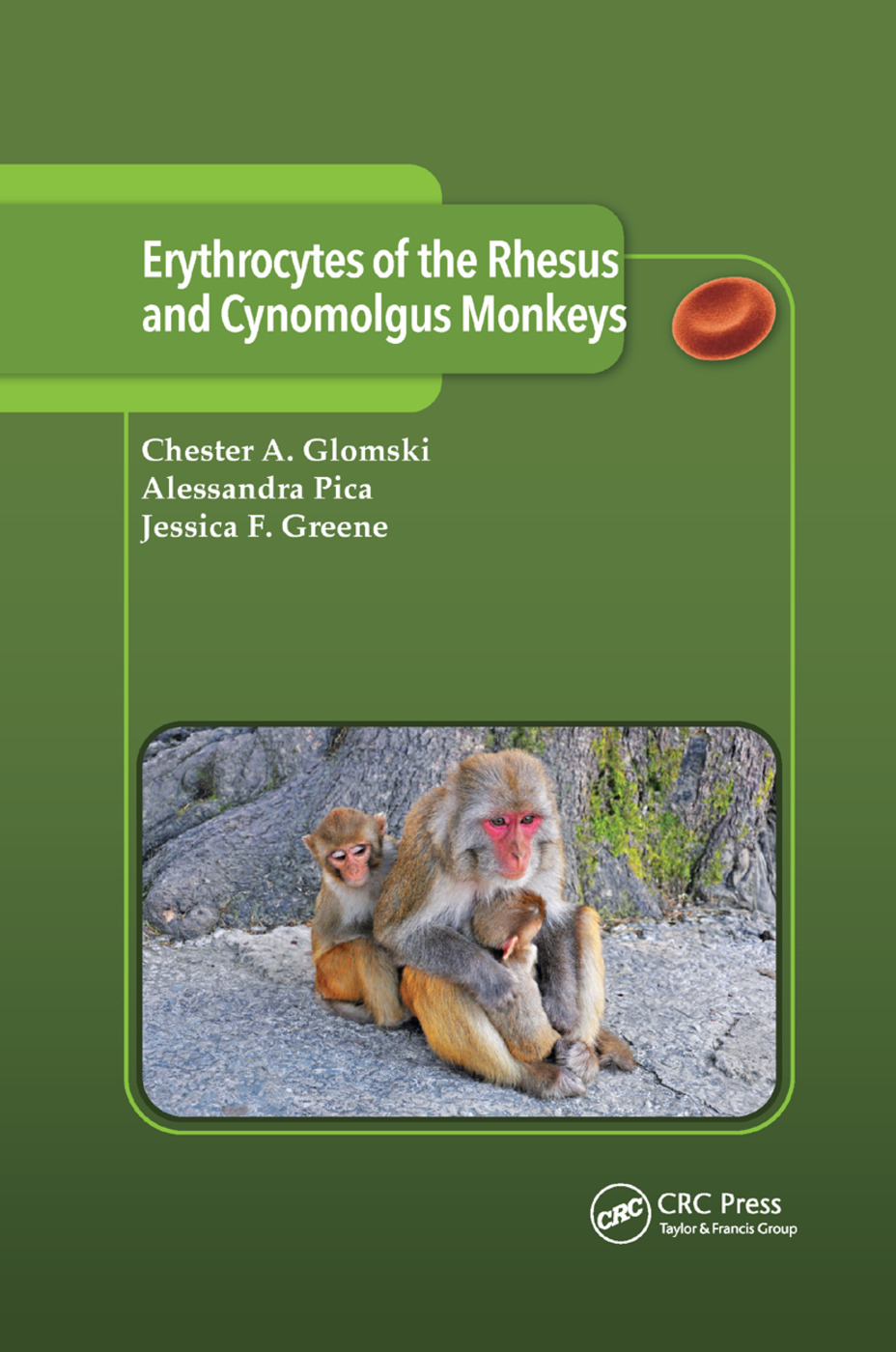 Erythrocytes of the Rhesus and Cynomolgus Monkeys

Erythrocytes of the Rhesus and Cynomolgus Monkeys addresses the morphologic, quantitative, and generative aspects of the erythrocytes of the rhesus monkey Macaca mulatta and the cynomolgus monkey Macaca fascicularis (long-tailed macaque, crab-eating monkey). These two species are the most commonly selected nonhuman primates for basic science and clinical medical investigations.

The hemopoietic cells of man and the rhesus monkey display an intimate homogeneity. Their functional activities are close and at times identical. The cynomolgus monkey was enlisted in biomedical studies at a time when rhesus monkeys were not available in sufficient quantities. It has gained increased use in the Far East and in the Western world. It is, for example, employed in the current development of a vaccine against the deadly Ebola virus.

The authors of the book discuss the erythropoietic profiles of normal and abnormal macaques of both sexes and of all age groups as investigated with contemporary electronic methodologies. They cover the role of stress as it is perceived by the monkey and how it impacts erythrocellular values, and how to train the monkey to be a cooperative, unperturbed subject for hematologic study. Additional topics include the role of medication in deriving normal physiologic erythrocellular data, the development of the precursors of the erythrocyte (normoblasts), the morphologic analysis of the megaloblastic series of abnormal erythroid cells, the analysis of erythropoiesis in bone marrow, the relationship of the simian immunodeficiency virus and erythropoiesis, erythrocyte life span, and parasitic invasion of the red cell.

Chester A. Glomski is professor of anatomy at the State University of New York at Buffalo (SUNYAB) School of Medicine and Biomedical Sciences. Dr. Glomski earned his PhD from the University of Minnesota and his MD from the University of Mississippi School of Medicine. His research interests include experimental, morphologic, and comparative hematology and the effects of low-dose X-irradiation on hemopoiesis. Dr. Glomski has received a number of awards, including the Alan J. Gross Award for Excellence in Teaching (2011).

is an associate professor of hematology in the Department of Biology at the University of Naples (Federico II, Italy). She previously was a consulting hematologist for the Sea Turtle Rescue and Rehabilitation Program of Zoological Station in Naples Anton Dohrn. Pica has taught a number of courses, some of which include human anatomy, embryology, and experimental morphology; hematology and hemopathology of sea turtles; and hemopathology of sea water vertebrates. She received her bachelor of science degree from the University of Naples and is a member of several scientific organizations.

received a PhD in pharmacology and toxicology from the University of California at Davis, and undergraduate degrees from The Evergreen State College (Olympia, Washington). She has numerous publications in the fields of toxicology and risk assessment. After many years consulting for Exponent, Inc., Dr. Greene is currently CEO of Greene Consulting in Portland, Oregon.