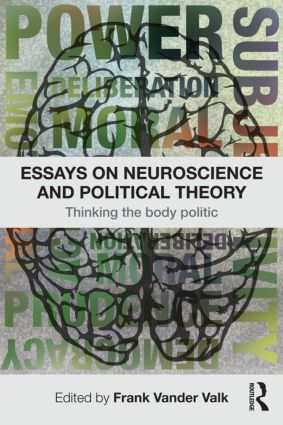 Essays on Neuroscience and Political Theory

The past 20 years have seen increasingly bold claims emanating from the field of neuroscience. Advances in medical imaging, brain modelling, and interdisciplinary cognitive science have forced us to reconsider the nature of social, cultural, and political activities. This collection of essays is the first to explore the relationship between neuroscience and political theory, with a view to examining what connections can be made and which claims represent a bridge too far.

The book is divided into three parts:

This work brings together scholars who are sceptical about the possibility of integrating neuroscience and political theory with proponents of a neuroscience-informed approach to thinking about political and social life. The result is a timely and wide-ranging collection of essays about the role that our brain might play in the life of the body politic. It should be essential reading for all those with an interest in the cutting edge of political theory.