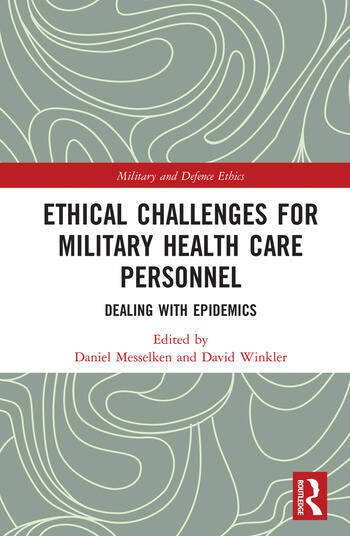 This book examines the issue of ethics in the context of the provision of military health care in an epidemic.

Outbreaks of epidemics like Ebola trigger difficult ethical challenges for civilian and military health care personnel. This book offers theoretical reflections combined with reports from recent military and NGO missions in the field. The authors of this volume focus on military medical ethics adding a distinct voice to the topic of epidemics and infectious diseases. While military health care personnel are always crucially involved during disaster relief operations and large-scale public health emergencies, most of the current literature treats ethical issues during epidemics from a more general perspective without taking into account the specifics of the military context. The contributions in this volume provide first-hand insights into some of the ethical issues encountered by military health care personnel in missions during the Ebola outbreak in 2014/2015. This practical perspective is complimented by academic analyses and theoretical reflections on ethical issues associated with epidemics.

This book will be of much interest to students of military studies, ethics and African politics.

Daniel Messelken is Research Associate at the at the University of Zurich, Switzerland, where he leads the Zurich Center for Military Medical Ethics.

is Chairman of the ICMM (International Committee of Military Medicine) Centre of Reference for Education on International Humanitarian Law and Ethics, Switzerland.