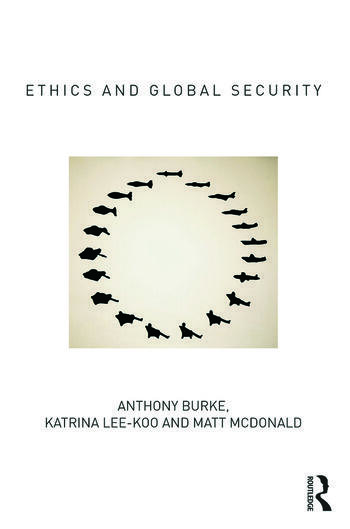 This book will be the first systematic examination of the role that ethics plays in international security in both theory and practice, and offers the reader a concrete ethics for global security.

Questions of morality and ethics have long been central to global security, from the death camps, world wars and H-bombs of the 20th century, to the humanitarian missions, tsunamis, terrorism and refugees of the 21st. This book goes beyond the Just War tradition to demonstrate how ethical commitments influence security theory, policy and international law, across a range of pressing global challenges. The book highlights how, from patrolling a territorial border to maintaining armed forces, security practices have important ethical implications, by excluding some from consideration, presenting others as potential threats and exposing them to harm, and licensing particular actions.

While many scholars and practitioners of security claim little interest in ethics, ethics clearly has an interest in them. This innovative book extends the traditional agenda of war and peace to consider the ethics of force short of war such as sanctions, deterrence, terrorism, targeted killing, and torture, and the ethical implications of new security concerns such as identity, gender, humanitarianism, the responsibility to protect, and the global ecology. It advances a concrete ethics for an era of global threats, and makes a case for a cosmopolitan approach to the theory and practice of security that could inspire a more just, stable and inclusive global order.

This book fills an important gap in the literature and will be of much interest to students of ethics, security studies and international relations.

Anthony Burke is Associate Professor and Reader in International and Political Studies at UNSW Australia, Canberra. He is author of Beyond Security, Ethics and Violence: War Against the Other (Routledge, 2007) and Fear of Security: Australia’s Invasion Anxiety (2001; 2nd edition, 2008). He is also co-editor (with Matt McDonald) of Critical Security in the Asia-Pacific (2007), and (with Jim George and Richard Devetak) An Introduction to International Relations (2012).

Katrina Lee-Koo is Senior Lecturer in International Relations at the Australian National University. She is co-editor of Gender and Global Politics in the Asia-Pacific (Routledge, 2009).

Matt McDonald is Senior Lecturer in International Relations at the University of Queensland. He is author of Security, the Environment and Emancipation (Routledge, 2011), and co-editor (with Anthony Burke) of Critical Security in the Asia-Pacific (2007).

"Ethics and Global Security is a thoughtful, honest and timely book. It offers refreshingly optimistic thinking on security at a time when critical security studies seem unable to move beyond the impasse of securitization and desecuritization." - Fiona Robinson, E-International Relations, 2016