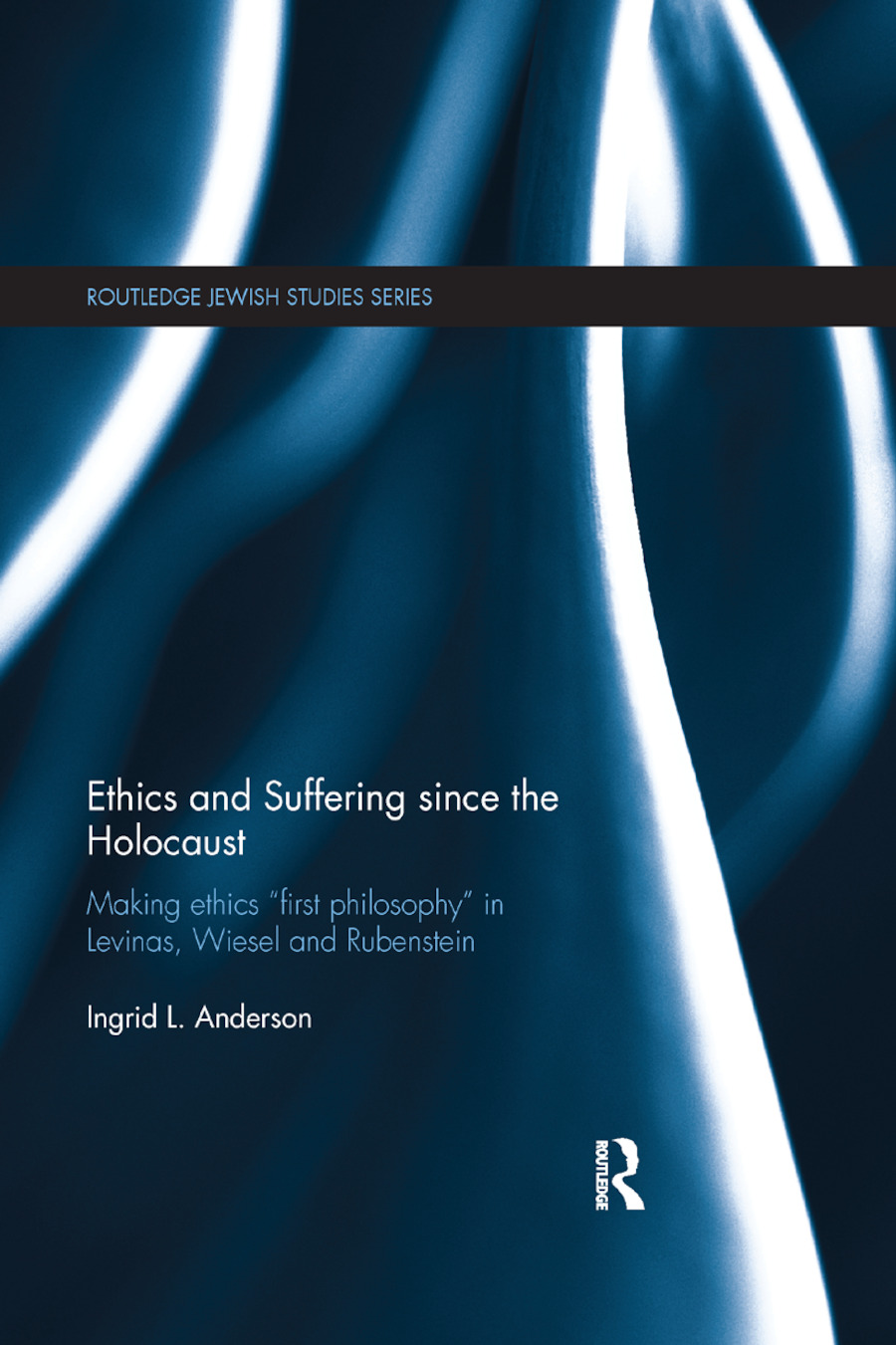 Ethics and Suffering since the Holocaust

For many, the Holocaust made thinking about ethics in traditional ways impossible. It called into question the predominance of speculative ontology in Western thought, and left many arguing that Western political, cultural and philosophical inattention to universal ethics were both a cause and an effect of European civilization's collapse in the twentieth century.

Emmanuel Levinas, Elie Wiesel and Richard Rubenstein respond to this problem by insisting that ethics must be Western thought's first concern. Unlike previous thinkers, they locate humanity's source of universal ethical obligation in the temporal world of experience, where human suffering, rather than metaphysics, provides the ground for ethical engagement. All three thinkers contend that Judaism’s key lesson is that our fellow human is our responsibility, and use Judaism to develop a contemporary ethics that could operate with or without God. Ethics and Suffering since the Holocaust explores selected works of Levinas, Wiesel, and Rubenstein for practical applications of their ethics, analyzing the role of suffering and examining the use each thinker makes of Jewish sources and the advantages and disadvantages of this use. Finally, it suggests how the work of Jewish thinkers living in the wake of the Holocaust can be of unique value to those interested in the problem of ethics in the twentieth and twenty-first centuries.

Presenting a thorough investigation of the work of Levinas, Wiesel and Rubinstein, this book is of key interest to students and scholars of Jewish studies, as well as Jewish ethics and philosophy.

2. The Call of the Other: Levinasian Ethics

3. In Spite of Man: The Ethics of Elie Wiesel

4. "There is Nothing Final About the Death of God": Richard Rubenstein's Post-Holocaust Ethics

5. Toward an Ethics Grounded in Suffering

is a doctor of Religious Studies. She is a full-time instructor in the College of Arts and Science Writing Program and an affiliate of the Elie Wiesel Center at Boston University. She currently teaches courses on post-Holocaust ethics, Judaism and gender, and modern Jewish thought. Her research interests include contemporary understandings of the relationship between ethical response and suffering and the construction of minority identities in the West. Her current research focuses on changes in the notions of Jewish mission and Jewish chosenness after 1945.