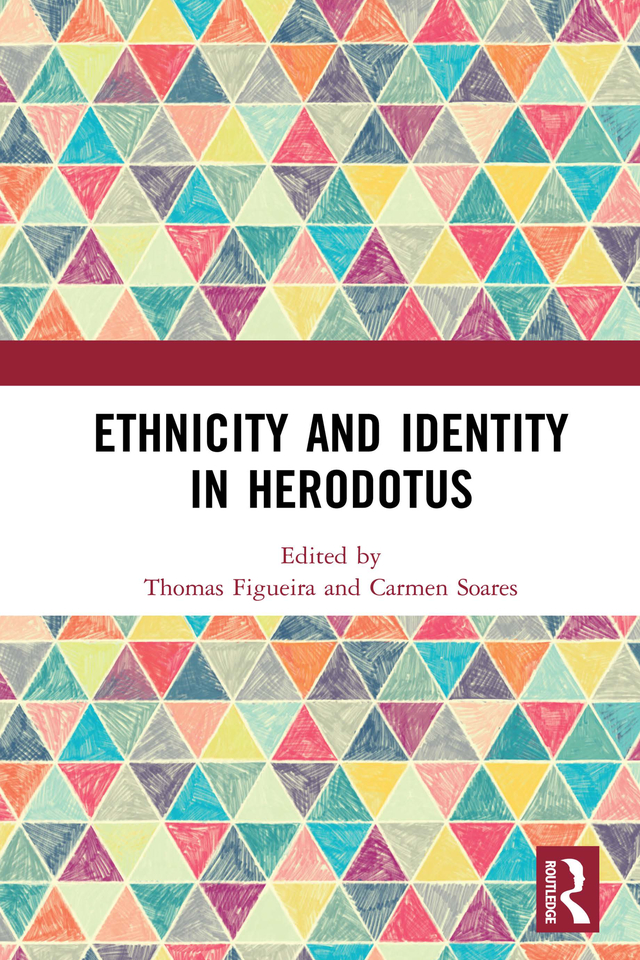 Ethnicity and Identity in Herodotus

Herodotus is the epochal authority who inaugurated the European and Western consciousness of collective identity, whether in an awareness of other societies and of the nature of cultural variation itself or in the fashioning of Greek self-awareness – and necessarily that of later civilizations inﬂuenced by the ancient Greeks – which was perpetually in dialogue and tension with other ways of living in groups.

In this book, 14 contributors explore ethnicity – the very self-understanding of belonging to a separate body of human beings – and how it evolves and consolidates (or ethnogenesis). This inquiry is focussed through the lens of Herodotus as our earliest master of ethnography, in this instance not only as the stylized portrayal of other societies, but also as an exegesis on how ethnocultural diﬀerentiation may aﬀect the lives, and even the very existence, of one’s own people.

Ethnicity and Identity in Herodotus is one facet of a project that intends to bring Portuguese and English-speaking scholars of antiquity into closer cooperation. It has united a cross-section of North American classicists with a distinguished cohort of Portuguese and Brazilian experts on Greek literature and history writing in English.

Part 1: The Methodology of Ethnic Identification in Herodotus

1. Herodotus’ Hermēneus and the Translation of Culture in the Histories Steven Brandwood

2. Language as a Marker of Ethnicity in Herodotus and Contemporaries Thomas Figueira

Part 2: Ethnicity among the Greeks

7. Cosmopolitanism and Contingency in Herodotus: Myth and Tragedy in the Fourth Book of the Histories Alexandre Agnolon

8. A Goddess for the Greeks. Demeter as Identity Factor in Herodotus Nuno Simões Rodrigues

Part 3: Ethnic Identity among the Barbaroi

11. Mirages of Ethnicity and the Distant North in Book Four of the Histories: Hyperboreans, Arimaspians and Issedones Renaud Gagné

12. Ethnicity in Herodotus. The Story of Helen through the Egyptians’ Eyes Maria do Céu Fialho

13. Barbarians, Greekness, and Wisdom: The Afterlife of Croesus’ Debate with Solon Delfim Leão

14. Scientific Discourse in Herodotus Book II of Histories and its Reflection in the Age of New World Discovery Carmen Soares.

Thomas Figueira is Distinguished Professor of Classics and of Ancient History at Rutgers, The State University of New Jersey, USA.

Carmen Soares is Professor (Professora Catedrática) of Classics of the University of Coimbra, Portugal, and Scientific Coordinator of the Center for Classical and Humanistic Studies of the same university.