Ethnicity and Religion in Southwest China 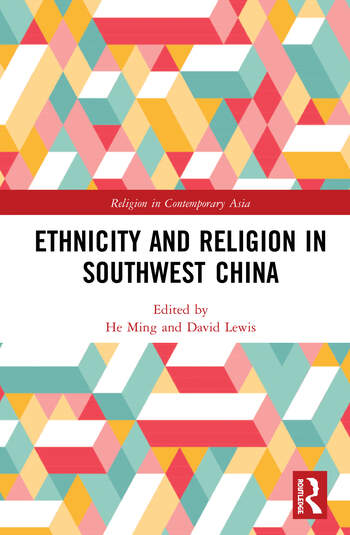 Ethnicity and Religion in Southwest China

As China strengthens its links with its neighbours through its Belt and Road initiative, there is growing interest in the indigenous peoples of China’s western and southwestern borderlands. This book, based on extensive original research, considers the indigenous peoples of Yunnan province, which is a major gateway between China and the countries of south and south-east Asia. Unlike many books on China’s indigenous peoples which are written by foreigners who have lived for a while in China, this book is comprised of the work of Chinese scholars, many of them members of ethnic minorities themselves, and considers the issues from a Chinese perspective.

Preface David C. Lewis Introduction He Ming Part 1: Ethnicity and Migration 1 Transnational Migration and Ethnic-group Identity in the Context of Globalization: Issues raised by case studies from the border regions of Southwest China He Ming 2 The Cultural Adaptation of the Wa Floating Population - A case study of Damasan village in Ximeng, Yunnan Yuan E 3 Difficulties in Development at a Nation’s Margin Ma Chongwei and Zhang Zhenwei 4 Historical Heritage and the Construction of Historical Identity of Ethnic Groups in Mountainous Regions of Yunnan - The Case of the De'ang Nationality Li Xiaobin and Yuan Lihua Part 2: Ethnicity and Marriage 5 Changing History, with the Same Root - A Case study on Marriage Customs in Nagu, a town in Yunnan Gui Rong and Zhang Xiaoyan 6 Interpretations of the Social and Cultural Meanings of Dowry among the Miao People - Based on the example of Bajiaoqing Village in Fumin County of Yunnan Province Li Xin and Yang Liyun Part 3: Christianity 7 The role of Christianity in the prohibition of opium in Yunnan in the late Qing Dynasty and the Republic of China periods Zhu Yingzhan 8 From school to village: An Anthropological Analysis of Ethnic Minority Cultural Identity in Guangshan Ma Juli 9 Transnational Hmong Protestant Evangelism in Mainland Southeast Asia Prasit Leepreecha Part 4: Islam 10 Muslim Diversity and Localization: The Hui Ethnic Group in Yunnan Feng Yu 11 Cultural Change and Adaptation of the Hui People in the Diqingzang Region of Yunnan Li Zhinong Part 5: Other Religions 12 Functions of Magic in Contemporary Sharen Society - A Case Study on Magic among the Sharen of Babao Township Tan Xiaoxia 13 The Custom of ‘Secondary Burial’ through the interaction between Tibetan Buddhism and Confucian Culture - a Case Study of Benzilan Tibetan Village in Deqin County, Diqing Prefecture, Yunnan Province Li Zhinong and Qiao Wenhong

He Ming is a Professor at Yunnan University, Kunming, China and Director of the National Research Center for Studies of Borderland Ethnic Minorities in Southwest China