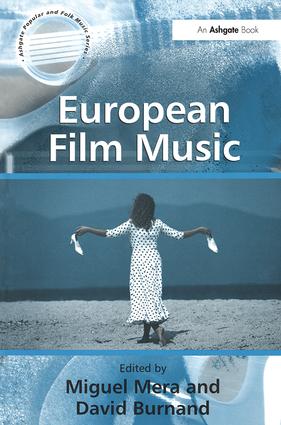 The vast majority of writing on film music is concentrated on Hollywood in particular and on a canon of North American scores and films more generally. Recent scholarship acknowledges other traditions of film scoring but little has been written about European film music specifically. Miguel Mera and David Burnand present a volume that redresses the balance by exploring specific European filmic texts, composers and approaches to film scoring that have hitherto been neglected. Films involving British, French, German, Greek, Irish, Italian, Polish and Spanish composers are considered in detail. Starting from a study of the influence of propaganda on musical aesthetics in Nazi Germany the book includes an analysis of Italian neo-realist cinema, a consideration of the Ealing Comedies, experimental music in contemporary Spanish scoring, the invocation of traditional music, the portrayal of classical music performers, the use of space, silence and manipulation of time, and the depiction of the processes of scoring in independent film-making. Important issues that permeate all the essays involve the working relationship of composer and director, the dialectic between the diegetic and non-diegetic uses of music in films, the music-image synergism and the levels of realism that are created by the audio-visual mix. The book will appeal to those working in film studies, popular music studies, musicology, media studies and cultural theory.

'As we stand on the cusp of the next generation of film music studies, we are watching a gradual shift from the general to the specific. European Film Music is a volume poised profitably between the foundational work of reconstructing historical context and establishing technical means and aesthetic principles; and the refining work of specific industrial and creative practice, as well as the more subtle but perhaps more profound workings of music about identity in individual films and across national cinemas. The topics range from a survey of the lot of the film composer in German early sound cinema to Krautrock and the New German Cinema of Werner Herzog; from the specific political climates of Spain and Ireland to the personal relationship between a composer and a director; from the people of postwar Italy to the imagined landscapes of France's past. These provocative essays fill in detail and open up new paths as we begin to explore the sketchily mapped terrain of music and film.' Robynn J. Stilwell, Georgetown University, Washington, DC 'Impressively ambitious and concise, these essays offer many starting places for discussions about film music and cultural theory in European cinema. … A solid addition to the "Ashgate Popular and Folk Music Series," this book will be particularly valuable for music scholars … Recommended.' Choice '… I give an appreciative welcome to this compendium of 12 essays taking a fresh, revealing and often engagingly provocative look at the multiple traditions and varied sets of assumptions that have informed European film music over the past three-quarters of a century… [this book] will be of interest both to committed film buffs and to anyone concerned with the development of European music itself during the cinematic century.' Classical Music