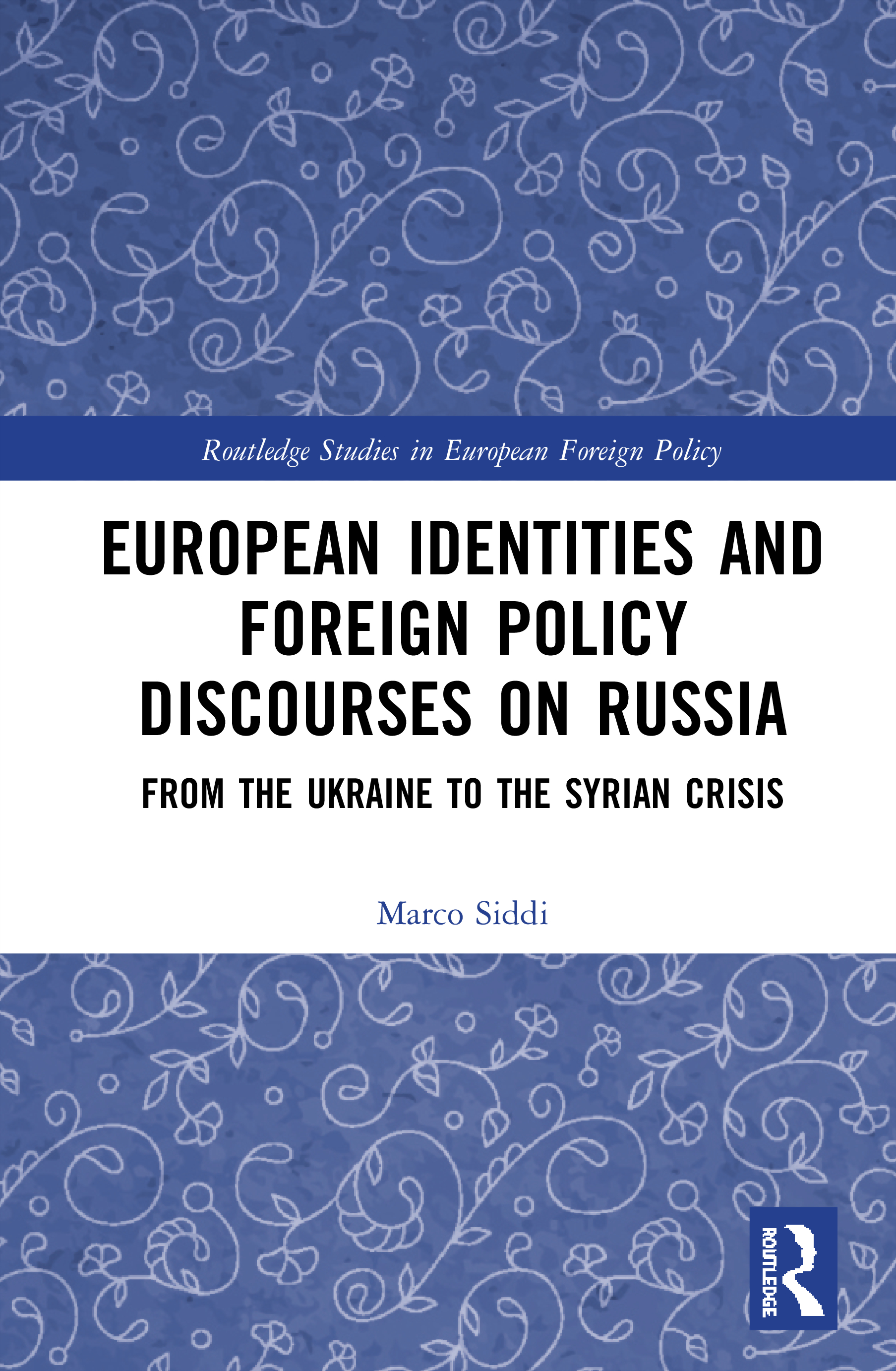 From the Ukraine to the Syrian Crisis, 1st Edition

This book examines the relationship between national identity construction and current foreign policy discourses on Russia in selected European Union member states in 2014-2018.

It shows that divergent national discourses on Russia derive from the different ways in which the country was constructed in national identity. The book develops an interpretive theoretical framework and argues that policy makers’ agency can profoundly influence the contestation between different identity narratives. It includes case studies in policy areas that are of primary importance for EU-Russia relations, such as energy security (the Nord Stream 2 controversy), the Ukraine crisis, and Russia’s military intervention in Syria. Focusing on EU member states that have traditionally taken different stances vis-à-vis Russia (Germany, Poland and Finland), it shows that at the peak of the Ukraine crisis national discourses converged towards a pragmatic, but critical narrative. As the Ukraine crisis subsided and new events took centre stage in foreign policy discussions (i.e. the Syrian civil war, international terrorism), long-standing and identity-based divergences partly re-emerged in the discourses of policy makers. This became particularly evident during the Nord Stream 2 controversy. Deep-rooted and different perceptions of the Russian Other in EU member states are still influential and lead to divergent national agendas for foreign policy towards Russia.

This book will be of interest to students and scholars working in European and EU politics, Russian and Soviet politics, and International Relations.

1. Identity, Memory and the Russian Other

3. The Historic Construction of German, Polish and Finnish Identities and their Russian Other

4. Confronting the Russian Other: The Ukraine crisis

6. The Russian Other in the Syrian Crisis and MENA Geopolitics

Conclusion: (Dis)United We Stand? National discourses and the Russian Other, 2014-2018

Marco Siddi is Senior Research Fellow in the European Union Programme at the Finnish Institute of International Affairs (FIIA), Finland.

The European foreign policy series publishes cutting edge work on Europe’s role in global politics. Europe and the EU now face multiple challenges including: a changing power structure within international relations, tensions in transatlantic relations; a new politics of climate change; continuing conflict in the Middle East; assertive Russian action in Ukraine and other countries on the EU’s eastern borders; and the euro’s impact on the EU’s global power.

Additionally, the Union’s own internal institutional processes have undergone far-reaching change in recent years, new ambitions for the EU in its Global Strategy and a plethora of strategies has been introduced covering Asia, trade, counter-terrorism, democracy and human rights, geo-economics, and other regions and topics.

This series addresses the standard range of conceptual and theoretical questions related to European foreign policy. At the same time, in response to the intensity of new policy developments, it endeavors to ensure that it also has a topical flavor, addressing the most important and evolving challenges to European foreign policy, in a way that will be relevant to the policy-making and think-tank communities.

If you have an idea for a new book in Routledge Studies in European Foreign Policy, please send a written proposal to the Series Editors:

Professor Richard G. Whitman is Professor of Politics and International Relations at the University of Kent.

Professor Richard YOUNGS is Professor of International Relations at the University of Warwick and Senior Associate at the Carnegie Endowment for International Peace.

For guidance on how to structure your proposal, please visit: