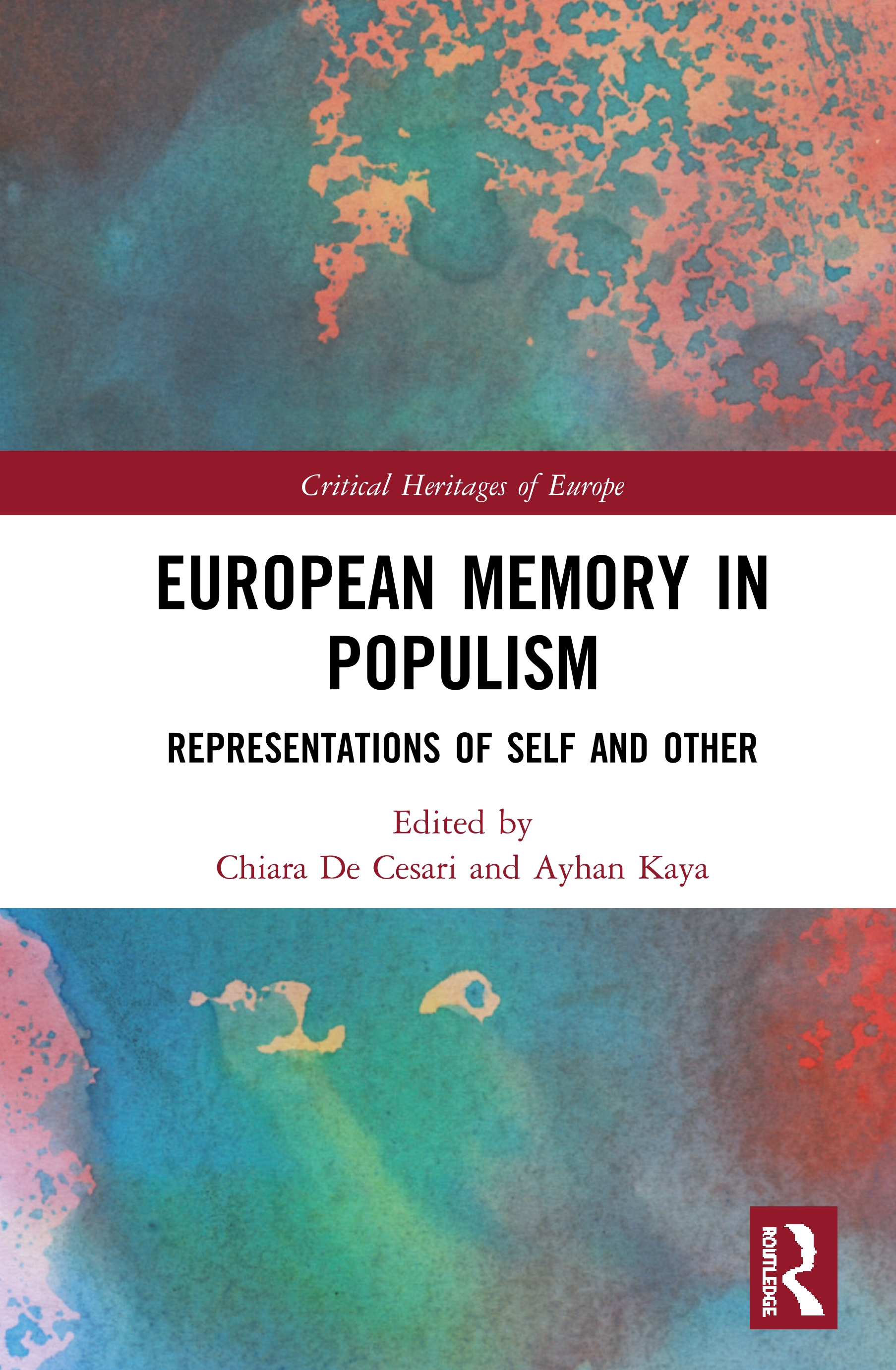 Representations of Self and Other, 1st Edition

European Memory in Populism explores the links between memory and populism in contemporary Europe. Focusing on circulating ideas of memory, especially European memory, in contemporary populist discourses, the book also analyses populist ideas in sites and practices of remembrance that usually tend to go unnoticed. More broadly, the theoretical heart of the book reflects upon the similarities, differences, and slippages between memory, populism, nationalism, and cultural racism and the ways in which social memory contributes to give substance to various ideas of what constitutes the ‘people’ in populist discourse and beyond.

Bringing together a group of political scientists, anthropologists, and cultural and memory studies scholars, the book illuminates the relationship between memory and populism from different angles and in different contexts. The contributors to the volume discuss dominant notions of European heritage that circulate in the public sphere and in political discourse, and consider how the politics of fear relates to such notions of European heritage and identity across and beyond Europe and the European Union. Ultimately, this volume will shed light on how notions of a shared European heritage and memory can be used not only to include and connect Europeans, but also to exclude some of them.

Investigating the ways in which nationalist populist forces mobilize the idea of a shared, homogeneous European civilization, European Memory in Populism will be of interest to scholars and students in the fields of European studies, heritage and memory studies, migration studies, anthropology, political science and sociology.

Chapters 1, 4, 6, and 10 of this book are freely available as a downloadable Open Access PDF under a Creative Commons Attribution-Non-Commercial-No-Derivatives 4.0 license.

Chapter 1. (Why) do Eurosceptics believe in a common European heritage?

Chapter 2. Anti-totalitarian Monuments in Ljubljana and Brussels: From Nationalist Reconciliation to Open Rehabilitation of Fascism

Chapter 3. The Use of the Past in Populist Political Discourse: Justice and Development Party Rule in Turkey

Chapter 4. ‘A great bliss to keep the sensation of conquest alive!’: The emotional politics of the Panorama 1453 Museum in Istanbul

Chapter 5. The Mediterranean as a mirror and ghost of the colonial past: The role of cultural memory in the production of populist narratives in Italy

Chapter 6. Textures of urban fears: the affective geopolitics of the ‘oriental rug’

Chapter 8. Caring for Some and not Others: Museums and the Politics of Care in Post-Colonial Europe

Chapter 9. European Culture, History, and Heritage as Political Tools in the Rhetoric of the Finns Party

Chapter 10. Between appropriation and appropriateness: instrumentalizing dark heritage in populism and memory?

Chapter 12. Mizrahi Memory-of and Memory-against "the People:" remembering the 1950s

Against Populism: Memory for an Age of Transformation

is an anthropologist and senior lecturer, with a double appointment in European studies and in cultural studies at the University of Amsterdam, the Netherlands.

is Professor of Politics and Jean Monnet Chair of European Politics of Interculturalism at the Department of International Relations, Istanbul Bilgi University; Director of the Jean Monnet Centre of Excellence; and a member of the Science Academy, Turkey.

The Critical Heritages of Europe series seeks to explore the cultural and social politics of the European past in the present. Bridging theoretical and empirical research, the series accommodates broad understandings of Europe – a shifting and historically mutable entity, made both of internal tensions and exogenous encounters, re-imaginings and influences. ‘Heritage’ too is taken as an expansive paradigm, made in myriad practices where the past is valorised for the present, from folk traditions to museums and memorials, the management of historic sites and traditions, and everyday matters such as education, political discourse, home life, food consumption and people’s relations with place.

Books in the series engage with European heritages in critical times – in all senses – when Europe and mobilizations of its heritages and memories are called upon to solve problems, and when contests over the meanings of the past are part of wider social and political relations and tensions. Heritage practices are variously informed by civil and uncivil visions, the politics of difference and co-presence, difficult pasts, relations with the ‘outside’, borders, margins, and migrations. Critical questions include: