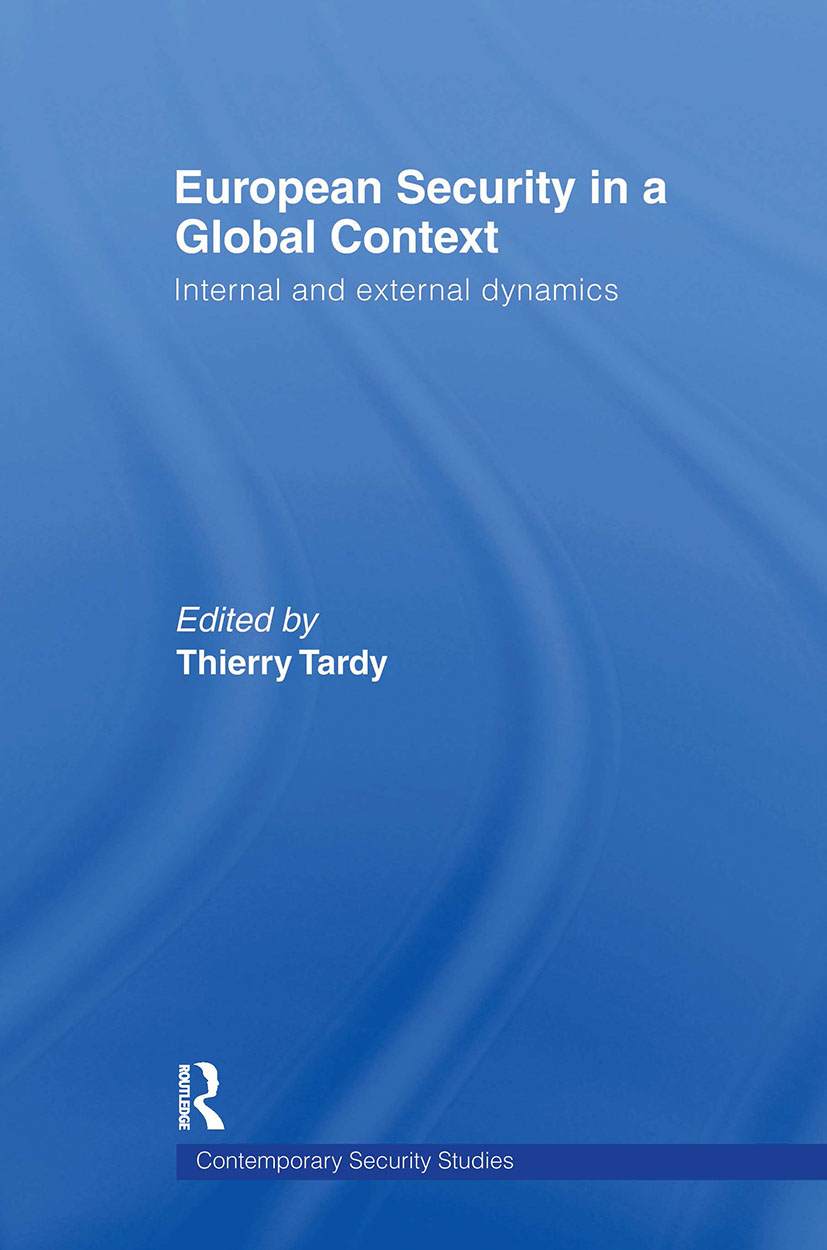 European Security in a Global Context

This new edited volume examines contemporary European security from three different standpoints. It explores security dynamics, first, within Europe; second, the interaction patterns between Europe and other parts of the world (the United States, Africa, the Middle East, China and India); and, finally, the external perceptions of European security.

The first part of the book analyses the European security landscape. The roles of EU, NATO and the OSCE are given particular attention, as is the impact of their evolution- or enlargement- on the European security architecture and European security dynamics. In this context, Russia’s repositioning as a major power appears as a shaping factor of contemporary European geopolitics. The second part presents European security from an external perspective and considers interactions between Europe and other states or regions. Security trends and actors in Europe are examined from an American, Chinese, and Indian perspective, while Europe--Africa and Europe--Middle East relations are also addressed.

This book will be of great interest to students of European Security, European politics and IR in general.

"An up-to-date approach, representative range of authors and deft handling of theoretical aspects make this study of European security both user-friendly and authoritative. It portrays a continent of many institutions, yet one where challenges, responsibilities and outside perceptions are converging above all on the still evolving and (in security terms) ambivalent European Union. A rich and helpful source both for general readers and the educational world." Ambassador Alyson Bailes, University of Iceland

"This collection offers the first comprehensive analysis of European internal and external security dynamics. With contributions from some of the world’s leading strategic analysts, the book is a must for all those interested in understanding European security and the EU’s emerging profile on the international stage." Professor Jolyon Howorth, University of Yale