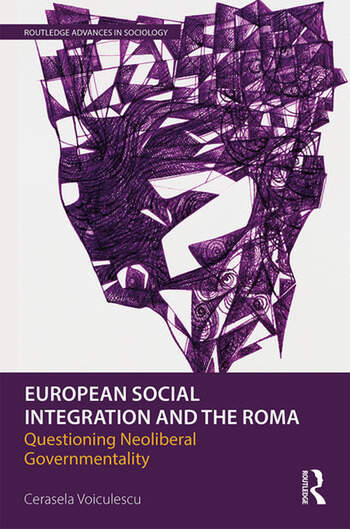 In the field of political sociology and European studies, there has long been a discussion on transnational neoliberal development and ethnic groups’ self-governance. Notwithstanding, there has been limited exploration in relation to modes of knowledge production associated with neoliberal governance of the Other (e.g. ethnic and indigenous groups), which capture its idiosyncratic modes of political expression and empowerment.

Drawing on Michel Foucault’s political philosophy, this book discusses European social integration as transnational neoliberal governmentality and challenges its epistemologically constituted subaltern subject. Neoliberalism is questioned in relation to its programs of securitisation of poverty and authoritarian models of self-governance associated with instrumentality of the market. In this context, the book’s rich political historical ethnography develops a new framework for the study of social power. Furthermore, inspired by Jacques Rancière's radical philosophy, European Social Integration and the Roma proposes a new mode of knowledge production about populations excessively subjected to neoliberal governmentality, heralding the epistemological decolonisation of the neoliberal subject.

Presenting an insightful new prospect in critical sociology as well as the conceptualization of power and the application of theories of governmentality, this book will appeal to scholars interested in the areas of political sociology and anthropology, international relations, social and political theory/philosophy and post-development studies.

Part I: Book Discussion and Introduction

Part II: A Historical Political Ethnogoraphy of Social Power Among the Roma

Chapter 1: On the Move within Movement from Socialism to Post-Socialism. Roma Interactions within Smooth vs. Striated Spaces of Economy

Part III: The Return to the Political. Epistemological Decolonisation of the Subject and Historical Geographies of Power

"Theoretically nuanced and empirically rich, this new study by sociologist Dr. Cerasela Voiculescu offers a unique and fresh insight on how power, in neoliberal times, is impacting on different Roma communities in Romania. Based on field observations, community work and academic reflection over nearly fifteen years, the project deftly deconstructs "the Roma" as both political projection and as non-static actors with strength, agency and their own power in challenging and disrupting gadzhe (non-Roma) institutions and the state. This is a remarkable book that strikes new ground in both Romani studies and critical accounts of neoliberalism and power."

—Colin Clark, Professor of Sociology and Social Policy, University of the West of Scotland, UK

"Against the omnipresent liberal governmentalist language of THE Roma, exclusion, ethnicity, and human rights, Cerasela Voiculescu combines Eric Wolf and Michel Foucault in a comparativist historical ethnography of relational power and counter power within and around the evolving social landscapes of two Roma communities in Romania. The result is theoretically astute and empirically insightful."

"European Social Integration and the Roma combines rich historical ethnography and theoretical insights on power to study the production of Roma as a problematic population requiring specific intervention by state and transnational actors. Voiculescu shows that Roma populations are diverse and produced by complex relations to power over time. The homogenising picture of poor Roma requiring specific types of intervention to assist their ‘integration’ is critiqued by this complex and engaging work that will raise a number of questions on how 'Roma’ are produced as ‘problems' requiring intervention."

"In Cera’s nuanced and deeply engaged study she has created a powerful framework for understanding the position of Roma in Europe. She ranges across history, anthropology, politics and sociology to produce a profound critique of space and power. The book is a major contribution to the field."

"This book is a Foucauldian analysis of power in the interpersonal relations between Romanian local state officials and Roma. It is based on extensive and illuminating interviews with Roma and local officials, and fieldwork observation in municipal and social service offices, and through concise and clear theoretical discussions, links the data from these to the extensive literature which attempts a systematization of Foucauldian theory."

"The book is highly recommended to social and political researchers and theorists as it makes available crucial academic and civic contributions by deconstructing the subalternity of one of the most racialised population in Europe, critically questioning neoliberal governmentality, and raising timely, fundamental questions in relation to knowledge, the political subject, the governance of politically unrepresented populations and transnational neoliberalism."

"This book represents a sophisticated discussion of the relations of power on micro- and macro levels that define Roma–non-Roma relations historically and today. Voiculescu’s book represents a counter-account to the neoliberal politics of identification, integration and inclusion of ‘vulnerable groups’, and instead presents the highly diverse Roma populations as agents of power in their own right. I recommend this book to all interested in Roma issues."