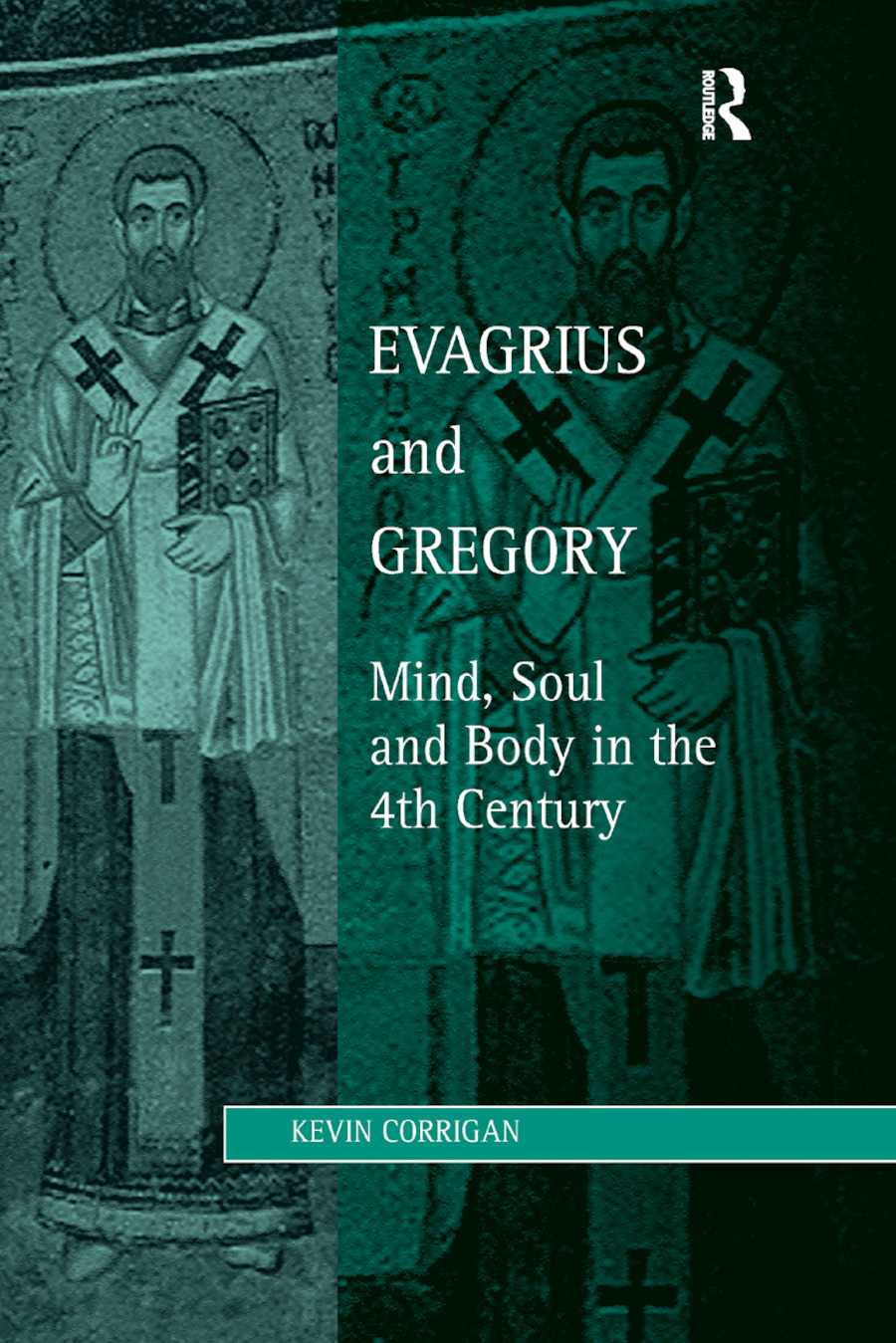 Mind, Soul and Body in the 4th Century, 1st Edition

Evagrius of Pontus and Gregory of Nyssa have either been overlooked by philosophers and theologians in modern times, or overshadowed by their prominent friend and brother (respectively), Gregory Nazianzus and Basil the Great. Yet they are major figures in the development of Christian thought in late antiquity and their works express a unique combination of desert and urban spiritualities in the lived and somewhat turbulent experience of an entire age. They also provide a significant link between the great ancient thinkers of the past - Plato, Aristotle, the Stoics, Clement and others - and the birth and transmission of the early Medieval period - associated with Boethius, Cassian and Augustine. This book makes accessible, to a wide audience, the thought of Evagrius and Gregory on the mind, soul and body, in the context of ancient philosophy/theology and the Cappadocians generally. Corrigan argues that in these two figures we witness the birth of new forms of thought and science. Evagrius and Gregory are no mere receivers of a monolithic pagan and Christian tradition, but innovative, critical interpreters of the range and limits of cognitive psychology, the soul-body relation, reflexive self-knowledge, personal and human identity and the soul’s practical relation to goodness in the context of human experience and divine self-disclosure. This book provides a critical evaluation of their thought on these major issues and argues that in Evagrius and Gregory we see the important integration of many different concerns that later Christian thought was not always able to balance including: mysticism, asceticism, cognitive science, philosophy, and theology.

Contents: Preface; Evagrius and Gregory: ascetic master, pastoral father; Christian upheavals; Mind, soul, body; an overview of Evagrius' and Gregory's thought; The meaning and scope of impassibility or purity of heart in Evagrius and Gregory; Uncovering the origins and structure of the 7 deadly sins tradition: Evagrius and the 8 'reasonings'; Gregory and the fall of intellect; Body into mind: the scientific eye in Evagrius; Gregory's anthropology: Trinity, humanity and body-soul formation; The human in the divine: the dialogical expansion of mind and heart in Evagrius; Pathways into infinity: Gregory of Nyssa and the mystical life; General conclusion; Bibliography; Index.

Studies in Philosophy and Theology in Late Antiquity

The Studies in Philosophy and Theology in Late Antiquity series focuses on major theologians, not as representatives of a 'tradition', whether Christian or classical, but as individuals immersed in the intellectual culture of their day. Each book concentrates on the arguments, not merely the opinions, of a single Christian writer or group of writers from the period A.D 100-600 and compares and contrasts these arguments with those of pagan contemporaries who addressed similar questions.

By study of political, social, and cultural milieu, contributors to the series show what external factos led to the convergence or divergence of Christianity and pagan thought in particular localities or periods. Pagan and Christian teachings are set out in a clear and systematic form, making it possible to bring to light the true originality of the author's thought and to estimate the value of his work for modern times.

This high profile research series offers an important contribution to areas of contemporary research in the patristic period, as well as providing new links into later periods, particularly the Medieval and Reformation.