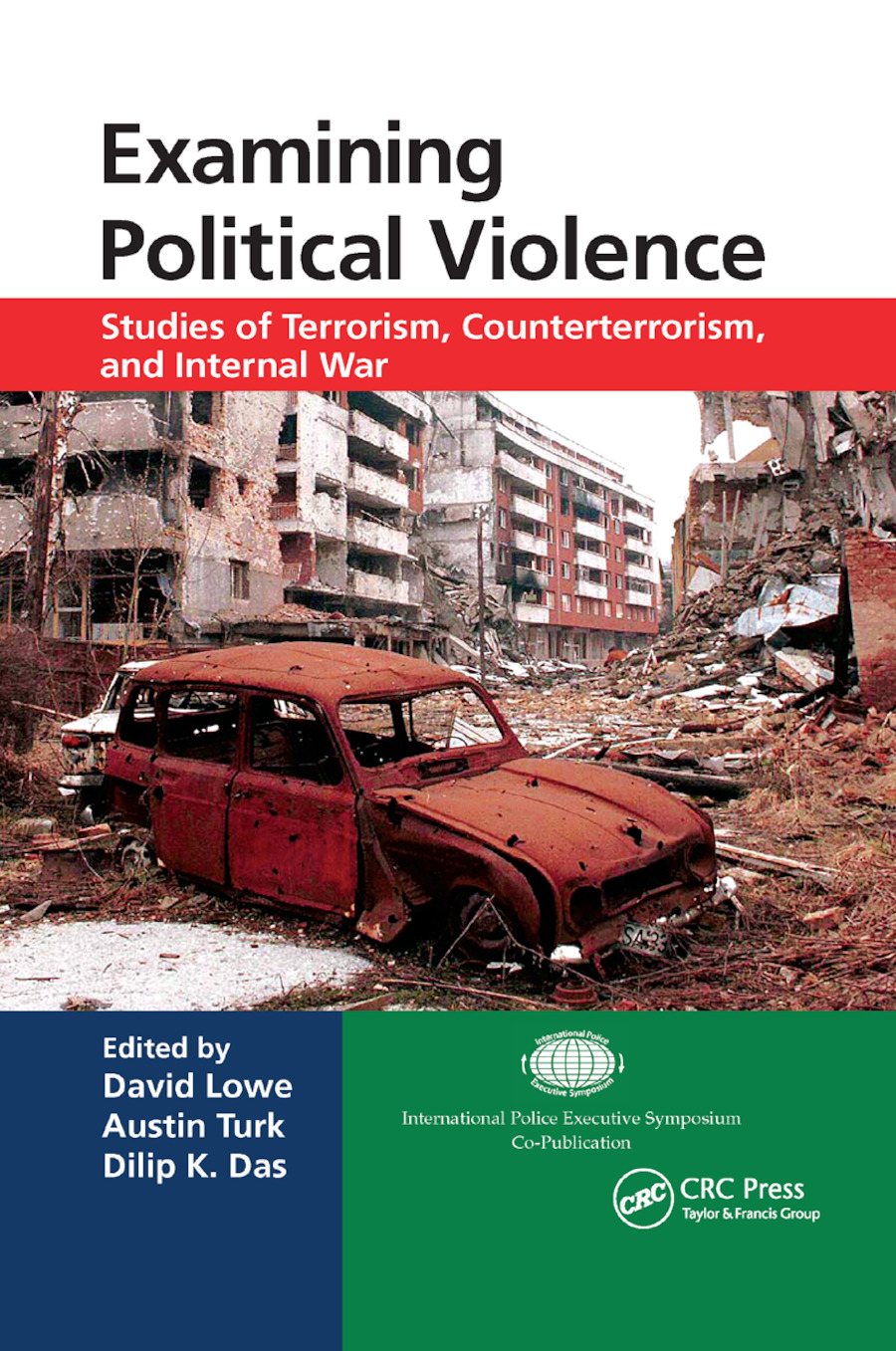 Security is undermined worldwide from political dissident activity and acts of terrorism targeted at innocent victims with no relation to the offenders. This political violence and terrorism plagues all continents and does not originate solely from jihadist groups. With a view towards developing more effective measures of prevention and resolution, Examining Political Violence: Studies of Terrorism, Counterterrorism, and Internal War examines political violence in various national and international settings. A collection of works, some previously published as articles in the journal Police Practice and Research, the book provides both conceptual analysis and case studies, exploring historical and sociopolitical contexts of conflicts in order to help readers better understand these themes.

Divided into three parts, the book begins by defining the concepts of terrorism and radicalization. It discusses countering terrorism through intelligence gathering, examines how a multiagency approach is necessary to be prepared for terrorist acts, and examines different policing models. It discusses the experiences of policing agencies’ investigations into terrorist groups, and examines the targeting of police officers by terrorist groups.


Specifying the historical and sociopolitical contexts of conflicts is essential for understanding these themes.Control policies must be grounded in empirical realities, not ideological preferences or aversions. Bringing together theoretical concepts examined through operational and empirical findings, the book is written by academics researching the areas as well as practitioners working in the fields of counterterrorism and political violence. The conclusions drawn from these findings may assist in combating terrorism and political violence around the world.

David Lowe is a principal lecturer at Liverpool John Moores University’s Law School. Prior to becoming an academic, he served for 27 years with Merseyside Police in the United Kingdom. Most of his service was as a detective, and most of his detective service was in the United Kingdom’s Special Branch Counter-Terrorism Unit. In addition to his recent publications in the area of policing, terrorism, and security, he regularly participates in television, radio, and print media (particularly the BBC) in the United Kingdom and the rest of Europe for commentary in these areas.

Dilip K. Das, PhD, is a professor of criminal justice, a former police chief, and a human rights consultant for the United Nations. He is the founding president of the International Police Executive Symposium (IPES), where he manages the affairs of the organization in cooperation with an appointed group of police practitioners, academia members, and individuals from around the world. Dr. Das is also the founding editor-in-chief of Police Practice and Research: An International Journal. A prolific writer (30 books, numerous articles and scholarly presentations), he is the editor-in-chief of two book series published by CRC Press/Taylor and Francis Group: Advances in Police Theory and Practice and Interviews with Global Leaders in Policing, Courts and Prisons.

is professor of sociology, University of California, Riverside. He is a fellow and former president of the American Society of Criminology and has been a trustee of the Law and Society Association as well as chair of the American Sociological Association’s Section on Crime, Law, and Deviance. His research and writing focus primarily on relationships among law, power, and social conflict, with emphasis on the interaction between political policing and political crime. He is now working mainly on issues in counterterrorism.