Extreme value theory (EVT) deals with extreme (rare) events, which are sometimes reported as outliers. Certain textbooks encourage readers to remove outliers—in other words, to correct reality if it does not fit the model. Recognizing that any model is only an approximation of reality, statisticians are eager to extract information about unknown distribution making as few assumptions as possible.

Extreme Value Methods with Applications to Finance concentrates on modern topics in EVT, such as processes of exceedances, compound Poisson approximation, Poisson cluster approximation, and nonparametric estimation methods. These topics have not been fully focused on in other books on extremes. In addition, the book covers:

Along with examples from finance and insurance to illustrate the methods, Extreme Value Methods with Applications to Finance includes over 200 exercises, making it useful as a reference book, self-study tool, or comprehensive course text.

A systematic background to a rapidly growing branch of modern Probability and Statistics: extreme value theory for stationary sequences of random variables.

Extremes in Samples of Random Size
Maximum of a Random Number of r.v.s
Number of Exceedances
Length of the Longest Head Run
Long Match Patterns

Dr S.Y. Novak earned his Ph.D. at the Novosibirsk Institute of Mathematics under the supervision of Dr S.A. Utev in 1988. The Novosibirsk group forms a part of Russian tradition in Probability & Statistics that extends its roots to Kolmogorov and Markov.

Dr S.Y. Novak began his teaching carrier at the Novosibirsk Electrotechnical Institute (NETI) and Novosibirsk Institute of Geodesy, held post-doctoral positions at the University of Sussex and Eurandom (Technical University of Eindhoven), and taught at Brunel University in West London, before joining the Middlesex University (London) in 2003. He published over 40 papers, mostly on the topic of Extreme Value Theory, in which he is considered an expert.

"The book can be recommended to EVT specialists and Ph.D. students in probability and statistics who wish to specialize in that field. It can provide a useful complement to more practically oriented textbooks …"
—Christian Genest, Journal of the American Statistical Association, September 2013

"Each chapter is well structured with the main propositions, lemmas, theorems, and subsequent corollaries outlined and discussed first, with the proofs given towards the end of the chapter to keep the reader from getting bogged down in details. Each chapter has a set of exercises, useful to an advanced graduate class … Some chapters provide a handful of open questions, which will be of interest to new researchers in the field. … The book provides a useful complement to Resnick (1987, 2007) and De Haan & Ferreira (2006). For those interested in financial applications, it provides the next stage of depth compared to Embrechts, Kluppelberg, & Mikosch (2003) and the wide range of application-oriented books of extremes for finance applications. This book will be of interest to researchers interested in the asymptotic probability theory underlying univariate extreme value theory, including non-parametric tail index estimation."
—Carl Scarrott, Australian & New Zealand Journal of Statistics, 2013

"The book covers modern topics in EVT such as processes of exceedances, compound Poisson approximation, Poisson cluster approximation, nonparametric estimation methods, extremes in samples of random size, methods of estimating extreme quantiles and tail probabilities, self-normalized sums of random variables and measures of market risk. The novelty of this book in comparison to others on the EVT area is detailed coverage of the above-mentioned topics. The author is an expert on the topic of EVT and many results from his own scientific papers are included in the book. … Theoretical results in the book are illustrated by examples and applications to particular problems of financial risk management. Exercises and open problems are given in all chapters. The list of references includes 407 items and can serve as an excellent source of new results on the topics presented in the book."
—Pavle Mladenović, Mathematical Reviews, January 2013 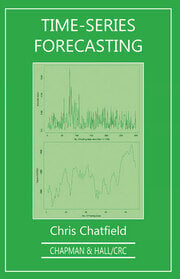 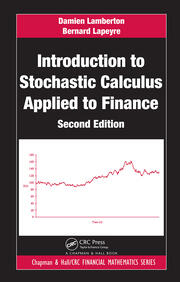 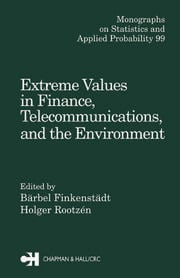