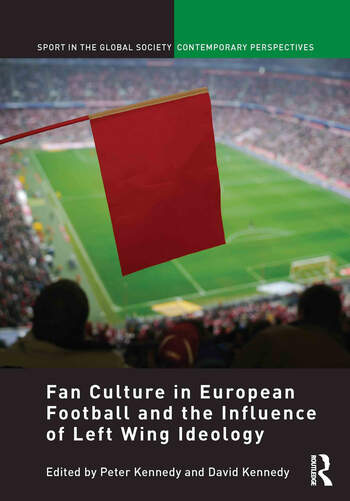 Drawing on the varied traditions of fan cultures across Europe, this book examines how football carries with it the possibility of promoting the voices of the disenfranchised and the marginalised, and so the basis for nurturing solidarity against exploitation current in modern capitalist society.

1. Introduction: Reflections on the context of ‘Left Wing’ fan cultures 2. A contextual analysis of Europe’s ultra football supporters movement 3. Bosnia, the bridge, and the ball 4. The Politics and Culture of FC St. Pauli: From leftism, through anti-establishment, to commercialization 5. Political ideology and activism in football fan culture in Spain: A view from the far left 6. The struggle for grassroots involvement in football club governance: Experiences of a supporter-activist 7. La Tessera della Rivolta: Italy’s failed fan identification card 8. Kicking from the left: The friendship of Celtic and FC St. Pauli supporters 9. ‘The birthplace of Italian communism’: Political identity and action amongst Livorno fans 10. Racism, xenophobia and intolerance in Spanish football: Evolution and responses from the government and the civil society 11. ‘Left wing’ supporter movements and the political economy of football

Peter Kennedy lectures in the Sociology of sport at Glasgow Caledonian University. His most recent published work is in applying sociological perspectives to understand the complex relationship between football clubs and fan culture.

David Kennedy is Visiting Lecturer and Researcher at Glasgow Caledonian University. His most recent published work is in the area of football supporters and governance of professional football clubs.