Female Celebrity and Ageing
Back in the Spotlight 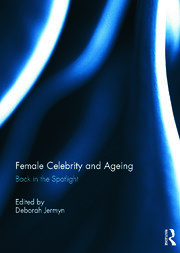 Female Celebrity and Ageing: Back in the Spotlight

Female Celebrity and Ageing: Back in the Spotlight interrogates the myriad ways in which celebrity culture constructs highly visible ideologies of femininity and ageing, and how ageing female celebrities have negotiated the media in a variety of industrial, historical and national contexts. In the era when the ‘baby boomers’ have started drawing their pensions, the boundaries of what constitutes ‘old age’ have never seemed more fluid, and ageing has never been presented by advertisers and marketers in a more dynamic fashion.

However, the fact remains that ageing is still widely feared, and growing old is an inherently gendered process, in which ageing women are paradoxically both rendered invisible and subjected to damning scrutiny. Nowhere is this conflicting state of affairs more evident than in celebrity culture, where ageing female stars are praised for ‘growing old gracefully’ one moment, and condemned for ‘letting themselves go’ the next, when they fail to age ‘appropriately’. Examining a variety of themes and ageing women in the spotlight, from Barbara Stanwyck to Madonna to Charlotte Rampling, the essays collected here forge new critical and conceptual insights into how women grow older in the media, and the implications of this for what Susan Sontag memorably called "the double standard of ageing".

This book is based on a special issue of Celebrity Studies.

Deborah Jermyn is Reader in Film and Television at Roehampton University, London, UK. She has published numerous articles on contemporary celebrity culture and is the author of Sex and the City (2009) and Prime Suspect (2010).