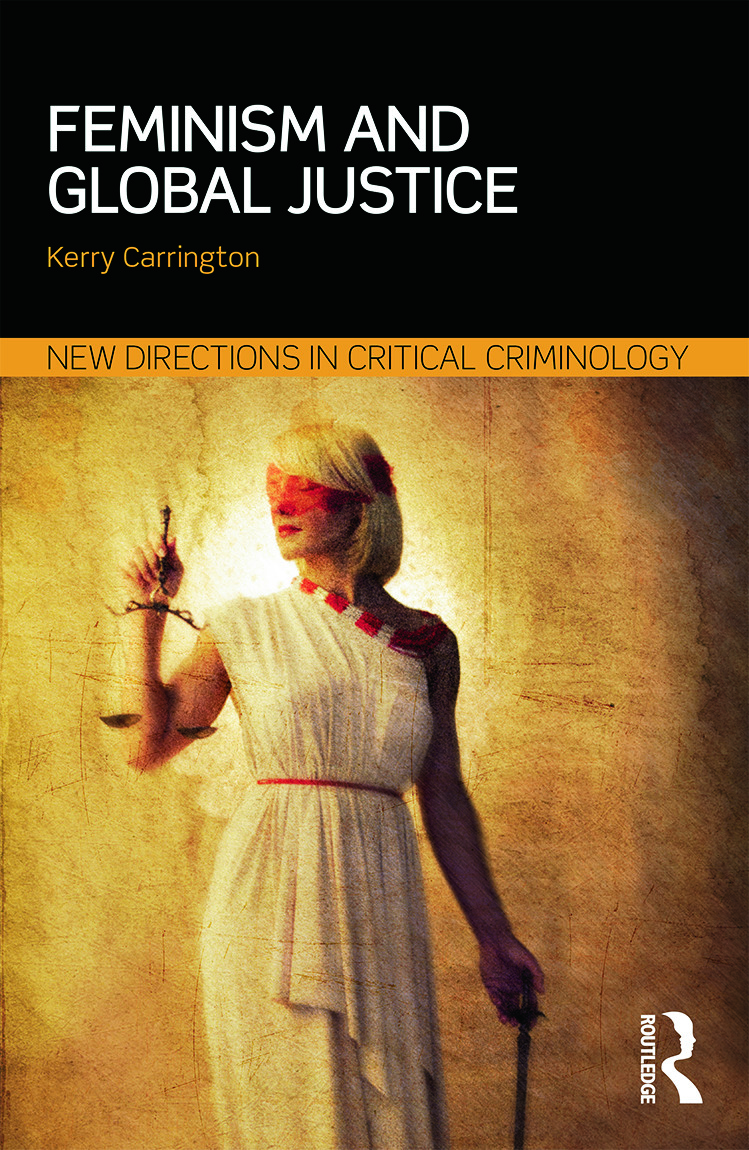 In this book, Kerry Carrington takes a bold, critical and reflexive approach to understanding the global divisions and inequalities that shape distinctive patterns of gender and crime.

The book argues that in order for feminist criminology to enhance its conceptual and political relevance in the twenty-first century, bold new directions in scholarship on gender, crime and global justice are required that also take into account global divisions and inequalities. Issues explored in the book include the forced marriage of child brides, female genital mutilation, feminicide, honour crimes, rape and domestic violence, and the systemic denial of female rights justified by religion, custom or culture. It also explores rising rates of violence recorded for women offenders globally, and their increasing participation in terrorism, as well as troubling male-on-male violence in anomic spaces cultivated by globalising forces.

argues that the world needs feminism more than ever to address systemic culturally shaped and diverse forms of injustice experienced by females across the globe, many of them children. It will be essential reading for international and national human rights organisations, as well as academics and students engaged in the study of criminology, development studies, sociology, politics, and gender studies.

‘This book will change the way in which criminology thinks about itself in relation to gender, crime and globalisation. In taking gender and globalisation seriously, anyone who reads this book can no longer claim that they did not know about the ways in which criminology's domain assumptions around both of these concepts has served to frame debates on violence in particular. This book challenges those assumptions and lays down the gauntlet for us all to think differently about these issues. An absolute must-read for anyone claiming the label "criminologist".’ - Professor Sandra Walklate, Eleanor Rathbone Chair of Sociology, Department of Sociology, University of Liverpool, UK

‘In this provocative book, Carrington adds a much needed global dimension to feminist criminology and convincingly demonstrates why "the world needs feminism more than ever."  Feminism and Global Justice features hard-hitting case studies from Asia, Australia, Argentina, and beyond to illustrate how the complex global and contextual production of both masculinities and femininities fosters violence and victimization, often in unique and surprising ways. Highlighting the value of transnational feminist intersectionality, she passionately urges academics and social change agents to see beyond essentialism, the metropole, the nation state, and the West if we are to effectively pursue global justice.’ - Nancy A. Wonders, Professor of Criminology and Criminal Justice, Northern Arizona University, Arizona, USA

'This book, published as part of the series New Directions in Critical Criminology, edited by Walter Dekeseredy, stands head and shoulders above the rest. […] ‘It is an ambitious book. […] It is written well and written with authority. More importantly it marks a real gear change in criminological debates and its claims to have a grasp on either gendered violence or justice […]' - Sandra Walklate, International Journal for Crime, Justice and Social Democracy, 2015 Vol 4, No 1: 134-135

'Feminism and Global Justice simultaneously provides an overview of the global problem of violence against women while challenging the monolithic understanding of the issue… Carrington packs the chapters with specific examples that relate to the broader patterns she is highlighting making it a dynamic read that is appealing to scholars and students alike.'—Victoria E. Collins, Critical Criminology

Kerry Carrington is the Head of School of Justice, Faculty of Law, at the Queensland University of Technology, Australia. She is author of Offending Girls (1993); Who Killed Leigh Leigh (1998) and co-author of Policing the Rural Crisis (2006) and Offending Youth (2009) and has been widely published in journals and edited collections. She is the Pacific Rim Editor for Critical Criminology, Vice Chair of the American Society of Criminology, Critical Criminology Division, and Co-chief Editor with Reece Walters of The International Journal for Crime, Justice and Social Democracy. Kerry Carrington is an internationally recognised expert on gender and crime, and recipient of the 2013American Society of Criminology, Division of Women and Crime Distinguished Scholar Award.

Critical criminology has gone through a number of significant changes since its birth in the early 1970s. New Directions in Critical Criminology provides authoritative original essays on major contemporary issues of central concern to critical criminologists around the world. Each book examines new areas of empirical and theoretical inquiry, and sets out an agenda for innovative progressive ways of thinking critically about crime, law, and social control.

These books are specifically designed to be useful resources for undergraduate and post-graduate students, researchers, and policy makers.