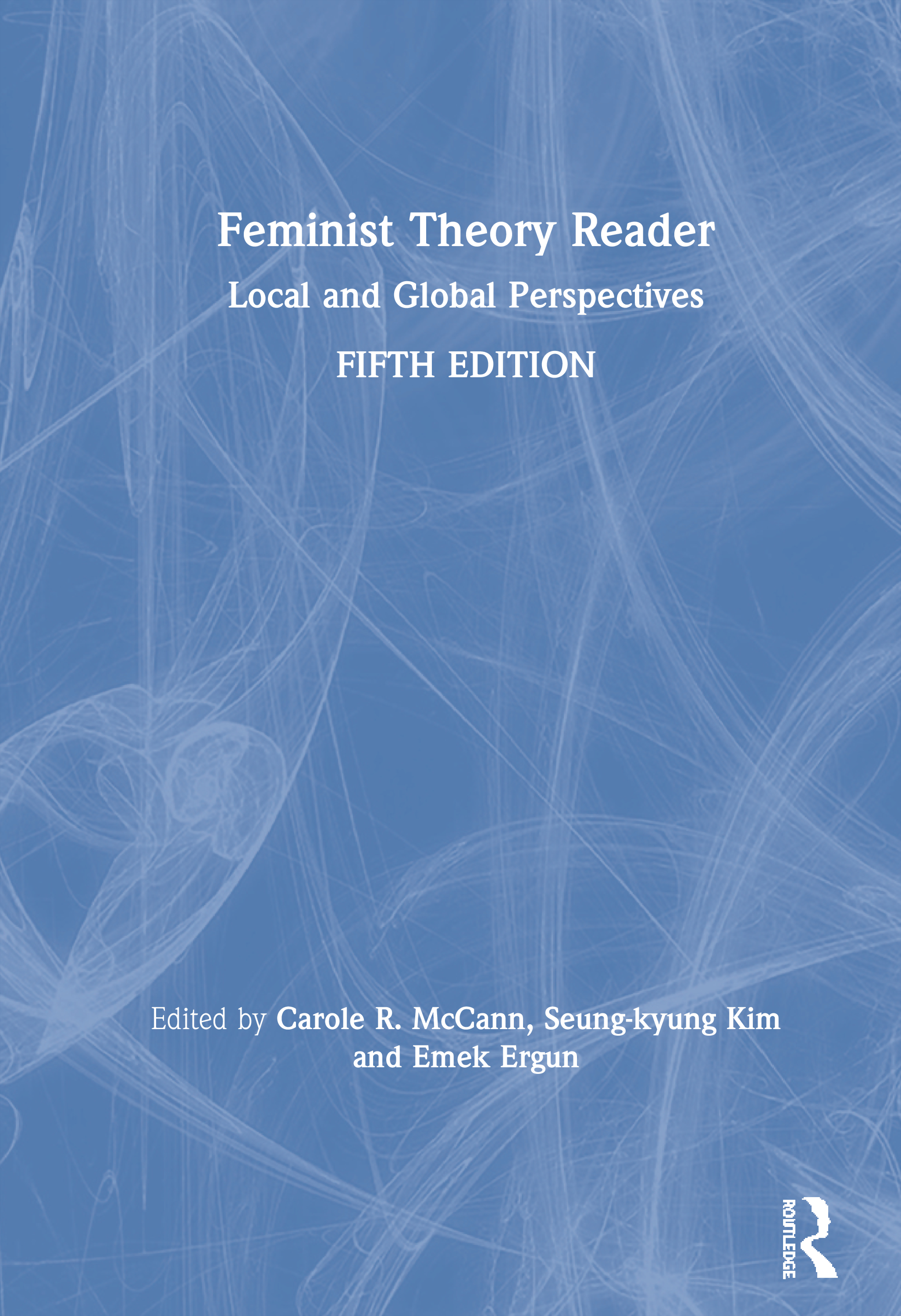 The fifth edition of the Feminist Theory Reader assembles readings that present key aspects of the conversations within intersectional US and transnational feminisms and continues to challenge readers to rethink the ways in which gender and its multiple intersections are configured by complex, overlapping, and asymmetrical global–local configurations of power.

The feminist theoretical debates in this anthology are anchored by five foundational concepts—gender, difference, women’s experiences, the personal is political, and especially intersectionality—which are integral to contemporary feminist critiques. The anthology continues to center the voices of transnational feminist scholars with new essays giving it a sharper focus on the materiality of gender injustices, racisms, ableisms, colonialisms, and especially global capitalisms. Theoretical discussions of translation politics, cross-border solidarity building, ecofeminism, reproductive justice, #MeToo, indigenous feminisms, and disability studies have been incorporated throughout the volume.

With the new essays and the addition of a new editor, the Feminist Theory Reader has been brought fully up-to-date and will continue to be a touchstone for women’s and gender studies students, as well as academics in the field, for many years to come.

Remarkably rich in its selection and insightful in its execution, the fifth edition of Feminist Theory Reader: Local and Global Perspectives, edited by Carole McCann, Seung-Kyung Kim, and Emek Ergun is a significant resource for all feminist readers, including students, teachers, and activists. In attending to key recent debates and the dynamism and vibrancy of feminist scholarship, this anthology covers an impressive terrain from the intimate to the global and provides a terrific introduction to a wide range of frameworks and perspectives, including intersectional queer theories of performativity, postcolonial and decolonial theories of subjectivity, indigenous feminist studies, translation studies, and disability studies.

Richa Nagar, Professor of the College, College of Liberal Arts, University of Minnesota

Building on the rich cross-border engagements that characterized previous editions of the Feminist Theory Reader, the fifth edition of this now-classic collection includes new works on decolonial feminism, indigenous feminism, feminisms in translation, spiritual activism and more to help readers negotiate contemporary debates within the field. This is an ideal text for anyone seeking to become an informed, critical, and reflexive thinker and activist for social justice.

Preface to the Fifth Edition Acknowledgements

Carole R. McCann is Professor and Chair of the Department of Gender, Women’s, + Sexuality Studies, University of Maryland, Baltimore County (UMBC). She is the author most recently of Figuring the Population Bomb: Gender and Demography in the Mid-Twentieth Century, University of Washington Press.

is Korea Foundation Chair in the Department of East Asian Languages and Cultures; Director of the Institute for Korean Studies in the School of Global and International Studies; and Affiliate faculty of the Gender Studies Department at Indiana University-Bloomington.

is an Assistant Professor of Women’s and Gender Studies and Global Studies at UNC Charlotte. She is also the co-editor of Feminist Translation Studies (Routledge, 2017). She is an activist feminist translator and her most recent translation is of Octavia Butler’s Kindred, published in Turkey in 2019.