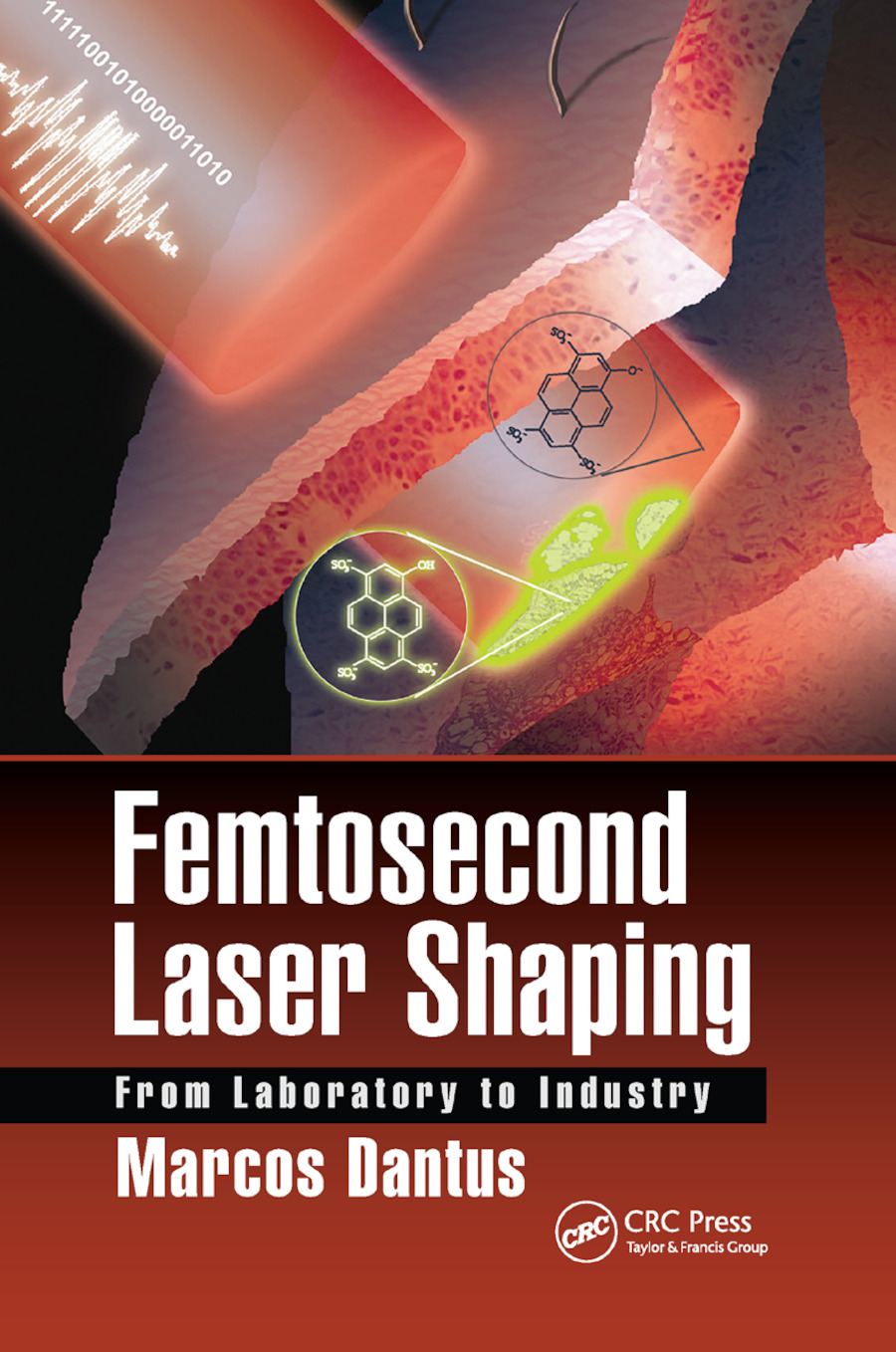 From Laboratory to Industry, 1st Edition

Expensive, delicate, and difficult to operate, femtosecond lasers have already won two Nobel Prizes and created multi-billion dollar industries. As these lasers break out of laboratories for use in real-world large-scale applications, the number of people using them increases. This book provides a fresh perspective on femtosecond lasers, discussing how they are soon to become a universal light source, spanning any timescale and generating any wavelength of light. Starting from the basics of light itself, this book presents in an everyday manner, with clear illustrations and without formulas, what makes this class of lasers so versatile and the future of many more applications. Many of the subjects covered in this book are described in plain words for the first time.

Marcos Dantus has pioneered the use of shaped ultrafast pulses to probe molecular properties and control chemical reactions, as well as for practical applications such as biomedical imaging, proteomics, and standoff detection of explosives. His contributions range from the discovery of nonlinear optical properties and processes to the invention of laser optimization instruments; the development of theory to simulate and predict the interaction of molecules with shaped laser beams, to the development of ultrafast electron diffraction, and inventing an instrument capable of automated pulse compression which is enabling research around the world, as well as novel fiber laser designs. Dantus received his BA and MA degrees in Chemistry from Brandeis University. He received his PhD from Caltech in 1991 where he worked with A. H. Zewail, the father of Femtochemistry and the winner of the 1999 Nobel Prize in Chemistry. Dantus published 20 articles with Zewail between 1986 and 1993 on the development of Femtochemistry. Dantus has over 225 publications and was named Inventor of the Year by Michigan State University, given his 43 invention disclosures and 22 issued patents. He is a Fellow of the National Academy of Inventors, The American Physical Society and The Optical Society of America. Dantus regularly collaborates with different branches of the U.S. Department of Defense. Dantus has founded three companies: KTM Industries, which manufactures biodegradable packing materials; Biophotonic Solutions, which commercialized automated femtosecond pulse compression, and MTBIsense LLC which is introducing affordable headgear sensors that are simple to read and provide quantitative information for return-to-play decisions in youth sports. Dantus serves as Director of Research and Development of Total Power Inc., for which he formulated a biodegradable fuel additive for reducing consumption and emissions related to heavy industry and mining.