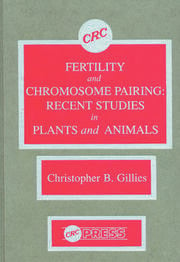 This book discusses the nature of meiotic chromosome pairing effects which may play a role in the determination of fertility. In particular, data and illustrations from the application of recently developed electron microscopic spreading techniques will allow researchers in related fields to come to grips with the recent advances in the cytogenetics of meiotic chromosome pairing behavior. Topics dealt with include meiotic and synaptonemal complex behavior in humans and mice with a variety of chromosomal and genetic abnormalities, sex chromosome pairing in mammals and birds, the significance for fertility or pairing in mammals and birds, the significance for fertility of XY pairing and crossing over, the effects of hybridity on pairing and fertility in plants, and the genetic control of synaptonemal complex formation and crossing over in polyploids. This is a timely reference book for graduate level medical and veterinary students, and scientists in the field of genetics and cell biology.

Christopher B. Gillies, Ph.D., is a Senior Lecturer in Genetics, School of Biological Sciences, University of Sydney, New South Wales, Australia. Dr. Gillies graduated in 1965 from the University of Queensland, St. Lucia, Australia, with a B.Agr.Sc. degree, was awarded First Class Honors in Plant Breeding and Genetics in 1966, and a M.Agr.Sc. degree in 1968. In 1970, he graduated with a Ph.D. in Genetics from the University of Alberta, Edmonton, Canada. Dr. Gillies spent from 1970 to 1973 as a postdoctoral fellow in the Institute of Genetics at the University of Copenhagen, Denmark, and then 1 year as an Amanuensis in the Department of Physiology at the Carlsberg Laboratory Copenhagen. He has been at the University of Sydney since 1974. Dr. Gillies is a member of the Genetics Societies of Canada, America, and Australia, currently being Honorary Secretary of the latter society. He has presented papers, posters, and invited lectures at national and international meetings in Genetics and Cell Biology, and has been a guest speaker at universities in the U.S., Canada, and several European countries. His research work has been published in more than 30 research papers, several major reviews, and conference proceedings, and in about 20 conference abstracts. His current research interests include the study of synaptonemal complexes in humans, animals, and plants, with the aim of investigating aspects of meiotic chromosome-pairing behavior and their bearing on fertility.

For all those working in genetics of fertility or genetic engineering, [this book is] still a most useful if not priceless reference work eliminating much library search work when designing or discussing projects.
-CELL BIOLOGY INTERNATIONAL REPORTS 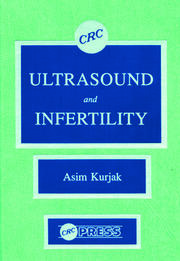