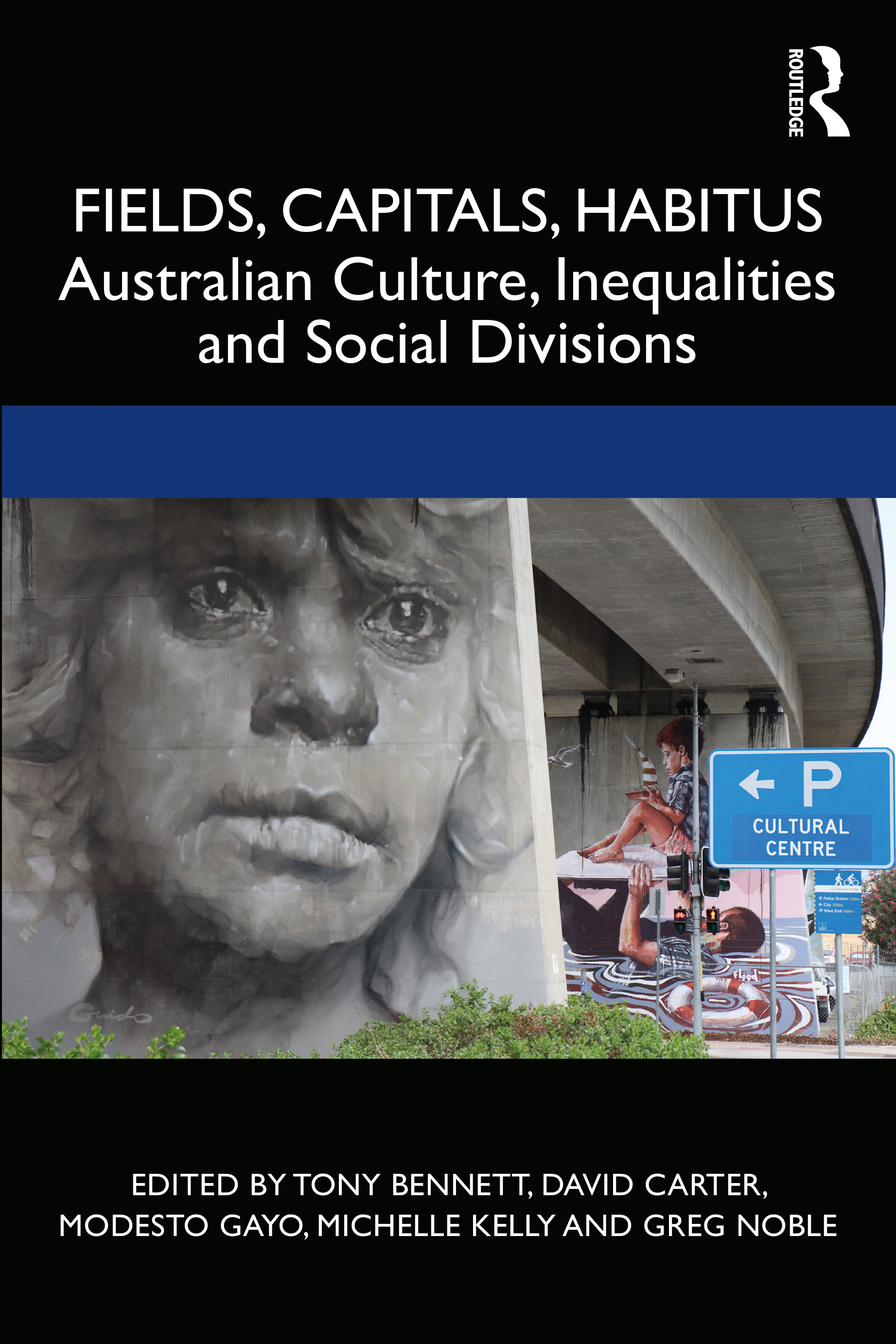 Fields, Capitals, Habitus provides an insightful analysis of the relations between culture and society in contemporary Australia. Presenting the findings of a detailed national survey of Australian cultural tastes and practices, it demonstrates the pivotal significance of the role culture plays at the intersections of a range of social divisions and inequalities: between classes, age cohorts, ethnicities, genders, city and country, and the relations between Indigenous and non-Indigenous Australians.

The book looks first at how social divisions inform the ways in which Australians from different social backgrounds and positions engage with the genres, institutions, and particular works of culture and cultural figures across six cultural fields: the visual arts, literature, music, heritage, television, and sport. It then examines how Australians’ cultural preferences across these fields interact within the Australian ‘space of lifestyles’. The close attention paid to class here includes an engagement with role of ‘middlebrow’ cultures in Australia and the role played by new forms of Indigenous cultural capital in the emergence of an Indigenous middle class.

The rich survey data is complemented throughout by in-depth qualitative data provided by interviews with survey participants. These are discussed more closely in the final part of the book which explores the gendered, political, personal and community associations of cultural tastes across Australia’s Anglo-Celtic, Italian, Lebanese, Chinese and Indian populations. The distinctive ethical issues associated with how Australians relate to Indigenous culture are also examined.

In the light it throws on the formations of cultural capital in a multicultural settler colonial society, Fields, Capitals, Habitus makes a landmark contribution to cultural capital research.

1. Aesthetic Divisions and Intensities in the Australian Art Field

3. The Mark of Time: Temporality and the Dynamics of Distinction in the Music Field

4. The Elite and the Everyday in the Australian Heritage Field

5. Television: The Dynamics of a Field in Transition

7. The Australian Space of Lifestyles

8. Class and Cultural Capital in Australia

9. The Middle Space of Lifestyles and Middlebrow Culture

10. The Persistence of Inequality: Education, Class and Cultural Capital

13. Cultural Diversity and the Ethnoscapes of Taste in Australia

16. The Politics of Consumption: Positioning the Nation

17. The Ethical and Civic Dimensions of Taste

Tony Bennett is Research Professor in Social and Cultural Theory in the Institute for Culture and Society at Western Sydney University, and Honorary Professor in the Humanities Research Centre at the Australian National University.

is Emeritus Professor and formerly Professor of Australian Literature and Cultural History and Director of the Australian Studies Centre at The University of Queensland.

is Research Officer at the Institute for Culture and Society, Western Sydney University.

is Professor of Cultural Research at the Institute for Culture and Society, Western Sydney University.