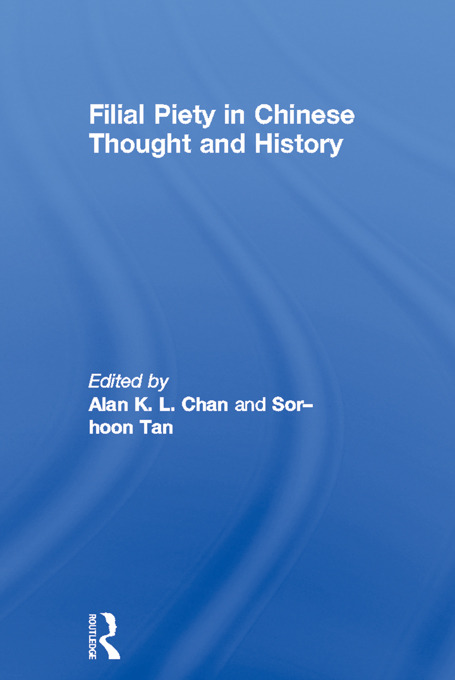 The phenomenon of filial piety is fundamental to our understanding of Chinese culture, and this excellent collection of essays explores its role in various areas of life throughout history. Often regarded as the key to preserving Chinese tradition and identity, its potentially vast impact on government and the development of Chinese culture makes it extremely relevant, and although invariably virtuous in its promotion of social cohesion, its ideas are often controversial. A broad range of topics are discussed chronologically including Confucianism, Buddhism and Daoism, making it essential reading for those studying Chinese culture, religion and philosophy. This is a multi-disciplinary survey that combines historical studies with philosophical analysis from an international team of respected contributors.

'…we should have had a book like Filial Piety in Chinese Thought and History several decades ago.]…[this book is rich on so many levels, and has sent the stage for wider and more incisive discussions - and for that, the authors…ought to be applauded.' - Alan Cole, Journal of Chinese Religions, 2009

Alan K. L. Chan is Professor and Sor-hoon Tan is Assistant Professor at the Department of Philosophy, National University of Singapore.