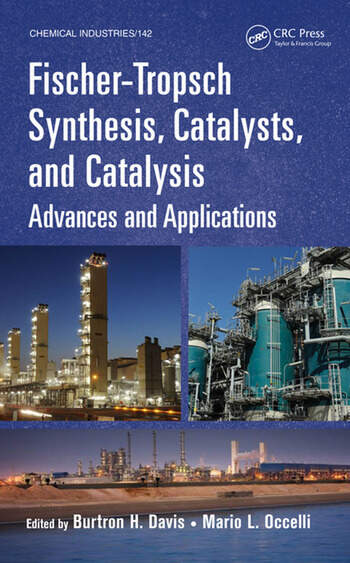 began at a symposium held during the 248th American Chemical Society meeting, where high attendance demonstrated great interest in Fischer-Tropsch synthesis. The lively discussions that occurred led to the creation of this carefully constructed reference work. The contributors here have expanded and reorganized their presentations from the conference into thorough chapters that reflect the four key subject areas that dominated the presentations:


While describing advances and exploring the potential of the Fischer-Tropsch process in the future of synthetic fuels, the research also demonstrates that several issues remain in producing increasingly active catalysts and more efficient reactor design.

Covering recent developments in Fischer-Tropsch technology for renewable resources and green energy, this book is a significant contribution for researchers and practitioners concerned with the production of synthetic fuels. It explores new and sophisticated techniques while providing a look at the application of these advances to commercial processing conditions.

Burtron H. Davis earned his PhD in physical chemistry from the University of Florida, Gainesville. He is responsible for catalysis, Fischer-Tropsch synthesis, and direct coal liquefaction research at the Center for Applied Energy Research, University of Kentucky, Lexington. He developed a program that involved both academic research and cooperative research with industry. He has developed a laboratory with extensive capability in the use of radioactive and stable isotopes in reaction mechanism studies and materials characterization. He has also developed research programs in Fischer-Tropsch synthesis, surface science studies, heterogeneous catalysis, materials science, organic analysis, ¼-ton-per-day direct coal liquefaction pilot plant operation, liquefaction mechanistic studies, clean gasoline reforming with superacid catalysts, and upgrading naphthas. He has held various offices and memberships in several professional societies, including the American Chemical Society, The Catalysis Society, and the Materials Research Society. He has received the H. H. Storch Award and is a fellow of the American Chemical Society. He is the author of more than 800 technical publications.