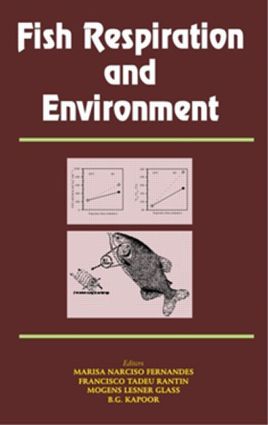 Gills of healthy fishes are their lifeline to meet the challenges arising from their changing environment: oxygen gradient, alkalinity, temperature fluctuations and the added pollutants. The diverse and ever changing aquatic environment has a major impact on the organization of various organ-systems of fishes. This book contains seventeen chapters covering bony fishes which are focal to the current study. The chapters primarily cover fish respiration but also include osmoregulation, these being the two main functions of gills. Concurrently, cardiorespiratory synchronization has been well addressed. It is hoped that this book with its broad coverage and well-supported with illustrations will not only infuse interest in readers but merit a permanent place on the shelves of ichthyological literature.

Adaptation of Gas Exchange Systems in Fish Living in Different Environments; Morpho-physiological Divergence Across Aquatic Oxygen Gradients in Fishes; Swimbladder-Lung Homology in Basal Osteichthyes Revisited; The Effects of Temperature on Respiratory and Cardiac Function of Teleost Fish; Oxygen Consumption during Embryonic Development of the Mudskipper (Periophthalmus modestus): Implication for the Aerial Development in Burrows; Gill Morphological Adjustments to Environment and the Gas Exchange Function; Behavior and Adaptation of Air-breathing Fishes; The Osmo-respiratory Compromise in Fish: The Effects of Physiological State and the Environment; Dissolved Oxygen and Gill Morphometry; Environmental Influences on the Respiratory Physiology and Gut Chemistry of a Facultatively Airbreathing, Tropical Herbivorous Fish Hypostomus regani (Ihering, 1905); Osmoregulatory and Respiratory Adaptations of Lake Magadi Fish (Alcolapia grahami); Respiratory Function of the Carp (Cyprinus carpio L.): Portrait of a Hypoxia-tolerant Species; Blood Gases of the South American Lungfish, Lepidosiren paradoxa: A Comparsion to Other Air-breathing Fish and to Amphibians; Transition from Water to Land in an Extant Group of Fishes: Air Breathing and the Acquisition Sequence of Adaptations for Amphibious Life in Oxudercine Gobies; Respiratory Function in the South American Lungfish, Lepidosiren paradoxa; Respiration in Infectious and Non-Infectious Gill Diseases; Control of the Heart in Fish