Fluid Power Circuits and Controls: Fundamentals and Applications, Second Edition, is designed for a first course in fluid power for undergraduate engineering students. After an introduction to the design and function of components, students apply what they’ve learned and consider how the component operating characteristics interact with the rest of the circuit. The Second Edition offers many new worked examples and additional exercises and problems in each chapter. Half of these new problems involve the basic analysis of specific elements, and the rest are design-oriented, emphasizing the analysis of system performance. The envisioned course does not require a controls course as a prerequisite; however, it does lay a foundation for understanding the extraordinary productivity and accuracy that can be achieved when control engineers and fluid power engineers work as a team on a fluid power design problem. A complete solutions manual is available for qualified adopting instructors.

4. Creation and Control of Fluid Flow

John S. Cundiff received his PhD in Biological and Agricultural Engineering from North Carolina State University in 1972. His academic career began at the University of Georgia where his early research was on tobacco transplant mechanization, thus beginning his interest in the use of hydraulics on mobile machines. He joined the faculty at Virginia Tech in 1980 and in 1987 began teaching an undergraduate engineering course, "Fluid Power Systems and Circuits". The 1st edition of this textbook, published in 2002, evolved out of 15 years teaching this course.

Dr. Cundiff retired in 2010, thus concluding a 38-year academic career. His early retirement years were spent finishing two research projects. In 2016, after obtaining an agreement from Dr. Mike Kocher to be co-author (and thus do most of the work), he undertook this 2nd edition project.

Dr. Cundiff is married to Karen, and together they have four children, two from her first marriage and two from his. Together, they have seven grandchildren.

Michael F. Kocher received B.S. and M.S. degrees in Agricultural Engineering from the University of Nebraska-Lincoln in 1979 and 1983, respectively. Mike received his Ph.D. in Agricultural Engineering from Oklahoma State University in 1986. His academic career began with the Agricultural and Biological Engineering Department at the University of Arkansas with a research and teaching appointment focusing in power and machinery. In 1990, Mike joined the Department of Biological Systems Engineering at the University of Nebraska-Lincoln with a 60% teaching and 40% research appointment. During his first year at UNL, Mike began teaching the "Power Systems Design" course with about three-fourths of the course devoted to fluid power hydraulics. In 2002 Mike was excited to adopt the 1st edition of this textbook for the course as it had a focus on design, extending beyond the basic analysis of so many other textbooks.

Dr. Kocher is married to Jodi, and they have four wonderful children and a wonderful daughter-in-law. Mike and Jodi are both licensed professional engineers.

"The new edition of Fluid Power Circuits and Controls provides a much-needed contemporary educational resource on this very important subject. Concise, but complete, this book will help students and practicing engineers develop a solid basic understanding of both the theoretical and practical engineering aspects of fluid power."
— John K. Schueller, University of Florida, USA

"In the textbook, John Cundiff and Michael Kocher present a consistently complete and practical treatment of hydraulic system concepts, with illustrations and examples that make system analysis and design understandable without glossing over details, which often get omitted from texts of this level. Fluid Power textbooks that provide clear and complete examples like this are hard to find. I have been designing fluid power systems for 35 years and teaching it for 14 years, and I wish that I had this text when I first began learning about fluid power."
— Keith Fisher, Montana State University, USA 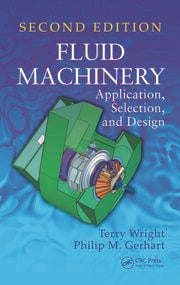 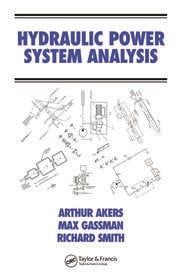