Folklore and the Fantastic in Nineteenth-Century British Fiction 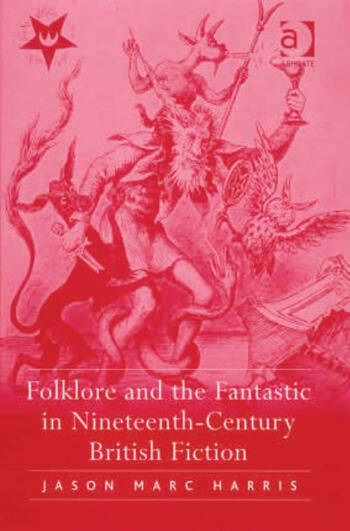 Folklore and the Fantastic in Nineteenth-Century British Fiction

Jason Marc Harris's ambitious book argues that the tensions between folk metaphysics and Enlightenment values produce the literary fantastic. Demonstrating that a negotiation with folklore was central to the canon of British literature, he explicates the complicated rhetoric associated with folkloric fiction. His analysis includes a wide range of writers, including James Barrie, William Carleton, Charles Dickens, George Eliot, Sheridan Le Fanu, Neil Gunn, George MacDonald, William Sharp, Robert Louis Stevenson, and James Hogg. These authors, Harris suggests, used folklore to articulate profound cultural ambivalence towards issues of class, domesticity, education, gender, imperialism, nationalism, race, politics, religion, and metaphysics. Harris's analysis of the function of folk metaphysics in nineteenth- and early twentieth-century narratives reveals the ideological agendas of the appropriation of folklore and the artistic potential of superstition in both folkloric and literary contexts of the supernatural.

Dr Jason Marc Harris is an assistant professor in the Dept. of Humanities and Communications at the Florida Institute of Technology. He is the coauthor (with Birke Duncan) of a folklore study, The Troll Tale and Other Scary Stories (2001). Besides writing various articles about the interaction between folklore and literature, he recently provided an introduction to Robert Louis Stevenson's The Master of Ballantrae for the Barnes and Noble Library of Essential Reading Series (2006).

’...helpful for those seeking an alternative methodology for exploring children's literature.’

’... a welcome addition to current discussions and research about the hybridity of the literary fantastic and its intersections with folk narratives of the supernatural and fairy tales.’

’... exemplifies the merits of interdisciplinary research. Showing a thorough understanding of both literary and folkloric scholarship, Harris does justice to the complex relationship of folklore, literature, and society in nineteenth-century Britain, while providing important insights into the writers under discussion and supporting his thesis that the literary fantastic (in nineteenth-century Britain, at least) rises out of and expresses the interplay between folk metaphysics and Enlightenment rationality. ... His book is highly recommended to anyone interested in folklore and literature, or in the history and ideology of fantasy.’

Journal of the Fantastic in the Arts

’No literary critic or cultural historian has approached the topic of folklore in literature with as thorough grounding in both the history and the method of folklore studies. The result is a rich, engrossing study of material that helps us to see the literary, political, and cultural significance of both works that have been much studied - the Victorian ghost story, Peter Pan, the work of Robert Louis Stevenson - and works that will be new to many readers - from Victorian literary fairy tales to William Carleton and William Sharpe, of the Celtic Renaissance.’