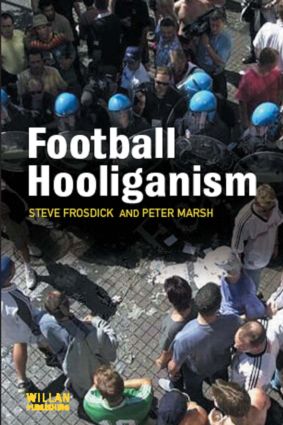 This book provides a highly readable introduction to the phenomenon of football hooliganism, ideal for students taking courses around this subject as well as those having a professional interest in the subject, such as the police and those responsible for stadium safety and management. For anybody else wanting to learn more about one of society's most intractable problems, this book is the place to start.

Unlike other books on this subject it is not wedded to a single theoretical perspective but is concerned rather to provide a critical overview of football hooliganism, discussing the various approaches to the subject. Three fallacies provide themes which run through the book: the notion that football hooliganism is new; that it is a uniquely football problem; and that it is predominantly an English phenomenon.

is Principal Lecturer at the Institute of Criminal Justice Studies at the University of Portsmouth, where he teaches courses on safety and security at sports grounds. A former police officer, he has been Director of IWI Associates since 1996, and is a founder member of the Football Safety Officers' Association.