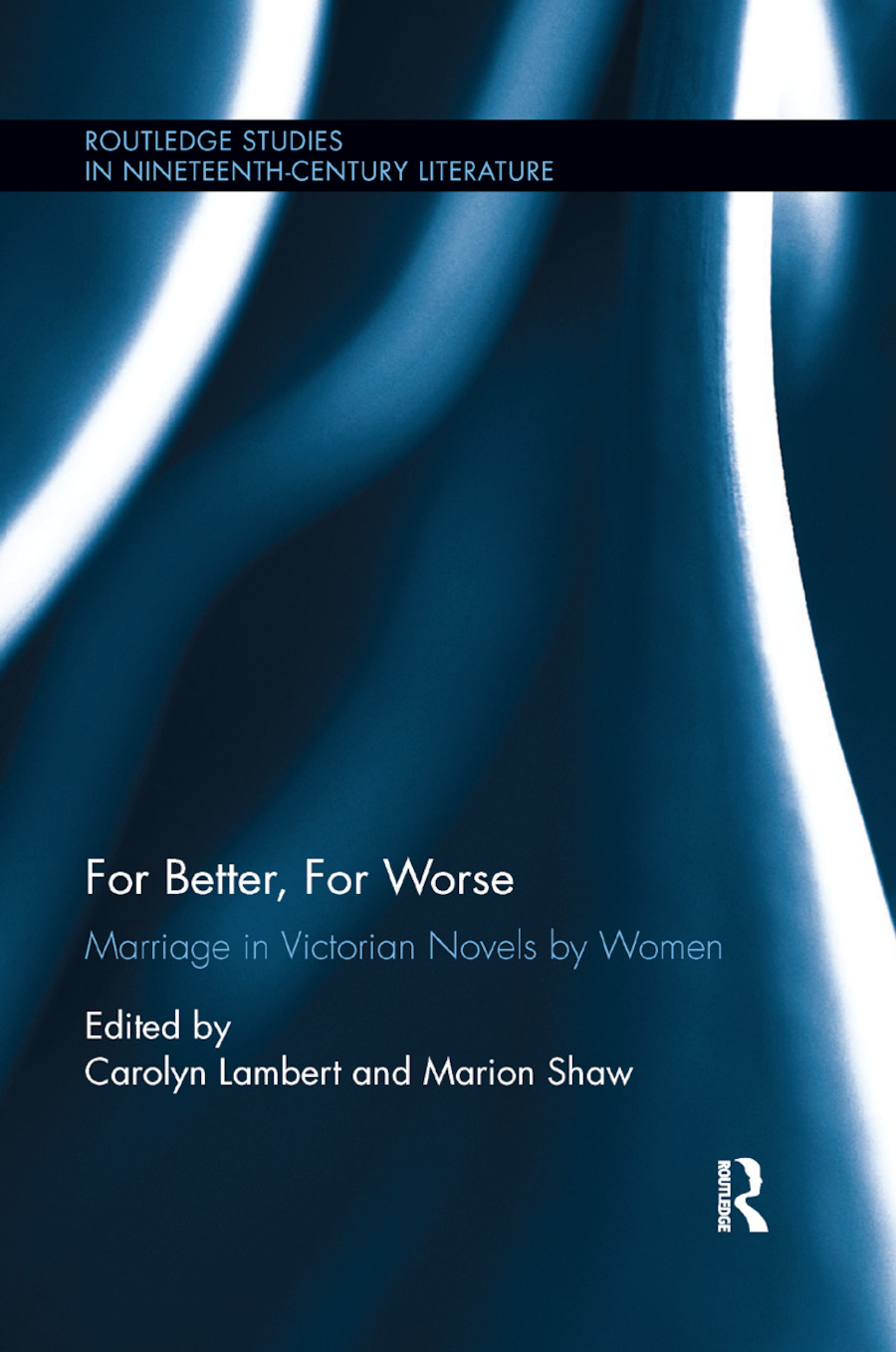 For Better, For Worse

This interdisciplinary volume explores the fictional portrayal of marriage by women novelists between 1800 and 1900. It investigates the ways in which these novelists used the cultural form of the novel to engage with and contribute to the wider debates of the period around the fundamental cultural and social building block of marriage. The collection provides an important contribution to the emerging scholarly interest in nineteenth-century marriage, gender studies, and domesticity, opening up new possibilities for uncovering submerged, marginalized, and alternative stories in Victorian literature. An initial chapter outlines the public discourses around marriage in the nineteenth century, the legal reforms that were achieved as a result of public pressure, and the ways in which these laws and economic concerns impacted on the marital relationship. It beds the collection down in current critical thinking and draws on life writing, journalism, and conduct books to widen our understanding of how women responded to the ideological and cultural construct of marriage. Further chapters examine a range of texts by lesser-known writers as well as canonical authors structured around a timeline of the major legal reforms that impacted on marriage. This structure provides a clear framework for the collection, locating it firmly within contemporary debate and foregrounding female voices. An afterword reflects back on the topic of marriage in the nineteenth- century and considers how the activism of the period influenced and shaped reform post-1900. This volume will make an important contribution to scholarship on Victorian Literature, Gender Studies, Cultural Studies, and the Nineteenth Century.

1. Introduction: The Lottery of Marriage

2. Frances Trollope and the Picaresque Marriage

3. Imperfect and Alternative Marraiges in Charlotte Yonge’s Heartsease and The Clever Woman of the Family

4. ‘Give me Sylvia, or else, I die’: Obsession and Revulsion in Elizabeth Gaskell’s Sylvia’s Lovers

5. The Spectacle of ‘Crowded’ Marriage in Ellen Woods’s East Lynne

6. ‘Could my hero tell lies?’: Romance and the Marriage Plot in Rhoda Broughton’s Cometh Up as a Flower

7. Mystical Nationalism and the Rotten Heart of Empire: The Tangled Trope of Marriage in Daniel Deronda

8. Margaret Oliphant on Marriage and its Discontents

9. Mrs Henry Wood’s Model Men: How to Mismanage Your Marriage in Court Netherleigh

10. ‘The laws themselves must be wicked and imperfect’: The Struggle for Divorce in Mary Eliza Haweis’s A Flame of Fire

11. ‘[T]he chains that gall them’ – Marital Violence in the Novels of Florence Marryat

14. Marriage, the March of Time and Middlemarch

Carolyn Lambert is an independent scholar and a Visiting Lecturer at the University of Brighton, UK.