Forensic DNA Analyses Made Simple
A Guide for the Curious

Forensic DNA Analyses Made Simple: A Guide for the Curious

Sequencing genetic material is now common practice. The general population have become consumers of this information but without an understanding of the biological processes that render sequencing data useful. The interpretation of genetic sequence depends on an appreciation of the basics of genetics and the limits of such data. This book provides the background necessary to understand, interpret, and apply sequencing information to real world problems. Replication of genetic material, the structure of DNA, typing methods and forensic applications are all discussed in this useful primer.

• Includes sections on how to analyze and interpret DNA fingerprinting

• Summarizes for a general audience the role of ancestry, DNA and what that means.

Dr. Bagasra’s research interests have long been associated with the study of HIV and AIDS. In fact, he has been on the trail of the virus since 1981—the year of the first scientific report. For several years he focused on trying to gain insight into the molecular pathogenesis of HIV and role of microRNA in protection against lentiviruses. In 1998, he was the first to clearly discuss the protective role of small RNAs against retrovirus and lentivirus ("HIV and Molecular Immunity,"). His unswerving dedication to his work has resulted in over 200 scientific articles, book chapters, and books. During the last few years, he has received several national and international prestigious awards and recognitions. In 2002 and in 2014 he received Faculty Scholar Award from the American Association for Cancer Research. In 2006 he was the co-recipient of the South Carolina Governor’s Award for Excellence in Science. From 2002-2006 he also served as the Council Member of the American Association of Cancer Research (MICR-AACR). Dr. Bagasra currently serves as professor of Biology and the director of the South Carolina Center for Biotechnology at Claflin University, which he founded in 2001. Much of his work has been recognized in top-tier journals, such as New England Journal of Medicine, The Proceedings of the National Academy of Science, Journal of Virology, Journal of Immunology, Journal of Pediatrics, Nature Medicine, Nature Protocol, Science, EBioMedicine and many other journals.

The Institut Pasteur’s Luc Montagnier – the discoverer of the AIDS virus and 2008 Nobel Laureate-described Dr. Bagasra as "a skilful researcher…(and) a discerning scholar who explores new ideas", observing he already had a track record for challenging conventional wisdom and being proved correct. "Every scientist now knows that a significant percentage of circulating lymphocytes are infected with HIV but in 1992 his findings were highly controversial,"

Currently, Dr. Bagasra has been working on the etiologies of Autism as well as Alzheimer’s disease. He has discovered several neurogenic factors from plants that may remedy neurodegeneration and dementia. He recently published a book on role of environmental chemicals in pathogenesis of Autism.

Originally from Peterborough, UK, Dr. McLean completed his doctorate in Biomedical Sciences at the University of Bradford. He served as a Research Leader in Biotechnology at Aalborg University, Denmark. He has held positions as Department Chair, Program Professor and Director at various institutes in the US, Middle East, and Caribbean. He has actively participated on national research review panels and contributed to various committees and commissions on a global basis. He has mentored 40 graduate students and has served on the Editorial Boards of nine peer-reviewed journals. He has published over 110 peer-reviewed papers and 220 other contributions. Since 2013 he has been based in Columbia, South Carolina.

He got a BA in graphic design at Sooreh University of Tehran/IRAN. After

Companies in India, Oman, and Iran, he went to the United state. He got his

Mohammad likes to learn new technology and share that with students.

Because of that, he spends time teaching Graphics and Animation at

Universities in person and online. 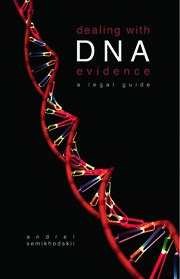 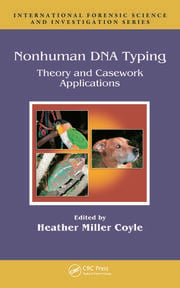 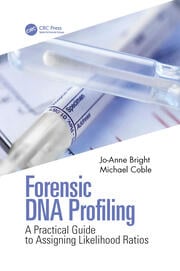