Since the incorporation of scientific approach in tackling problems of optical instrumentation, analysis and design of optical systems constitute a core area of optical engineering. A large number of software with varying level of scope and applicability is currently available to facilitate the task. However, possession of an optical design software, per se, is no guarantee for arriving at correct or optimal solutions. The validity and/or optimality of the solutions depend to a large extent on proper formulation of the problem, which calls for correct application of principles and theories of optical engineering. On a different note, development of proper experimental setups for investigations in the burgeoning field of optics and photonics calls for a good understanding of these principles and theories.

With this backdrop in view, this book presents a holistic treatment of topics like paraxial analysis, aberration theory, Hamiltonian optics, ray-optical and wave-optical theories of image formation, Fourier optics, structural design, lens design optimization, global optimization etc. Proper stress is given on exposition of the foundations.

The proposed book is designed to provide adequate material for ‘self-learning’ the subject. For practitioners in related fields, this book is a handy reference.

This book is composed as a reference book for graduate students, researchers, faculty, scientists and technologists in R & D centres and industry, in pursuance of their understanding of related topics and concepts during problem solving in the broad areas of optical, electro-optical and photonic system analysis and design.

4 Paraxial Analysis of the Role of Stops.

6 The Photometry and Radiometry of Optical systems.

10 Finite or Total Aberrations from System Data by Ray Tracing.

16 Role of Diffraction in Image Formation.

21 Towards Global Synthesis of Optical Systems.

Early in his career, he devised new techniques for imaging in telescopes working in turbulent medium, and in collaboration with Prof. H. H. Hopkins of University of Reading, U.K., he designed a remote access zoom objective for monitoring open-heart surgery in 1983. Prof. Hazra developed new methods for structural design of optical systems, as well as developed the optical design software ‘Ray Analysis Package’ (RAP). He pioneered the use of Walsh functions in image analysis and synthesis, and, in association with researchers at Laval University in Canada, investigated the exact surface relief profile of diffractive lenses in the non-paraxial region.

He took the lead in establishing the Department of Applied Optics and Photonics at the University of Calcutta in 2005. He is currently associated as an Emeritus Professor with this department. He is a Distinguished Fellow of the Optical Society of India (OSI) where he was General Secretary for more than 15 years, and currently he is the Editor-in-chief of the OSI ‘Journal of Optics’ published in collaboration with M/s Springer. He is a fellow of both the Optical Society of America and the SPIE. Prof. Hazra is the representative for the Indian Territory in the International Commission for Optics. He was conferred the ‘Eminent Teacher Award’ by the University of Calcutta in 2019.

Prof. Hazra has published more than 100 papers in archival journals, and a few research monographs. He has delivered more than 250 invited talks on his research in different parts of India and in many countries of the world, namely U.S.A., U.K., Canada, Japan, Austria, Poland, France, Germany, Netherlands, Italy, Slovenia, Malaysia, China, Finland, Russia etc. He provides consultancy services to industry on optical instrumentation, and regularly works for promotion of applied and modern optics. He was a Nuffield Foundation Fellow (1982-83) in U.K., a visiting Professor (1991 – 97) at the Centre d’Optique, Photonique et Lasers, Laval University in Quebec, Canada, an Erasmus Mundus Visiting Professor in the OpSciTech program of the European Commission in 2008, and a Visiting (Invitation) Professor of the Japan Society for Promotion of Science in 2012. 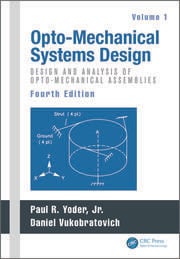 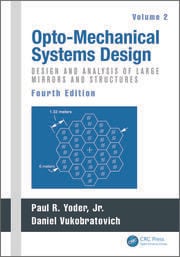