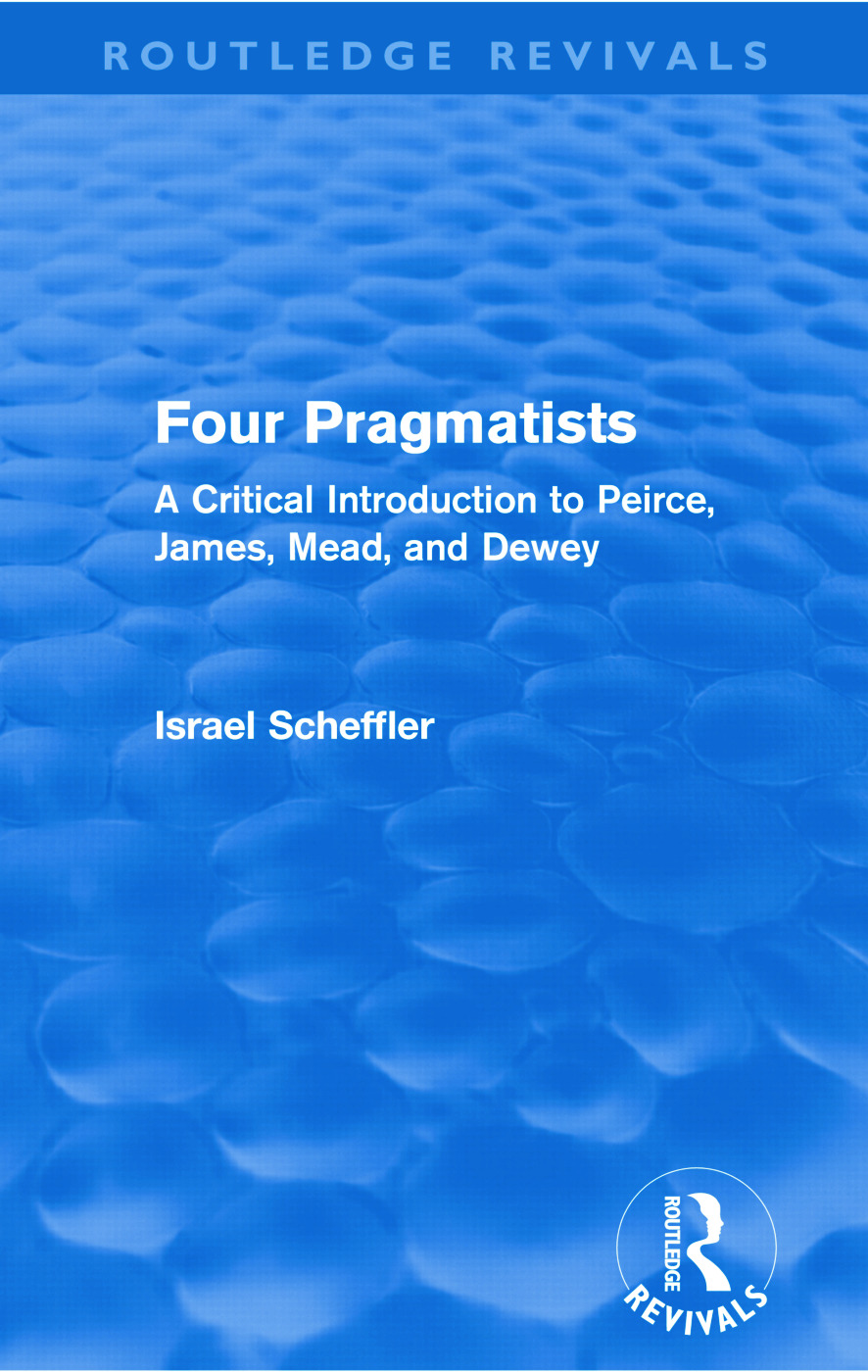 'Professor Scheffler's work is characterised by careful reasoning, trenchant criticism, and alertness to the pitfalls of an argument … Four Pragmatists takes its place as a significant contribution to the again-proliferating literature on American pragmatism.' - Harvard Educational Review

'Scheffler's book is a model of presentation. It is clearly written and its chapters are short and crisp. After some historical and biographical detail he gives us the essentials of each philosopher's position, and then scrupulously develops his critique of their views, mainly in analytic terms.' - Philosophical Books

'This is a notable book at any level of philosophical readership.' - Choice

'An ideal textbook for introducing undergraduates to the interdisciplinary implications of American pragmatism.' - Philosophical Review

'A major contribution to the literature on the pragmatists.' - British Journal of the Philosophy of Science

'…like everything Scheffler writes, is well worth reading.' - Mind