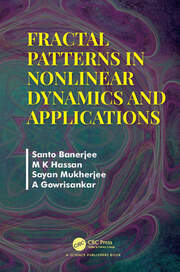 Most books on fractals focus on deterministic fractals as the impact of incorporating randomness and time is almost absent. Further, most review fractals without explaining what scaling and self-similarity means. This book introduces the idea of scaling, self-similarity, scale-invariance and their role in the dimensional analysis. For the first time, fractals emphasizing mostly on stochastic fractal, and multifractals which evolves with time instead of scale-free self-similarity, are discussed. Moreover, it looks at power laws and dynamic scaling laws in some detail and provides an overview of modern statistical tools for calculating fractal dimension and multifractal spectrum.

Santo Banerjee was a senior research associate in the Department of Mathematics, Politecnico di Torino, Italy from 2009-2011. He is now working in the Institute for Mathematical Research, University Putra Malaysia (UPM), and is also a founder member of the Malaysia-Italy Centre of Excellence in Mathematical Science, UPM, Malaysia. His research is mainly concerned with Nonlinear Dynamics, Chaos, Complexity and Secure Communication. He is a Managing Editor of The European Physical Journal Plus.

M K Hassan obtained a PhD from Brunel University, Uxbridge, London in 1997. He was a Humboldt research fellow from 2000-2001 and worked at Potsdam University, Germany. He is a senior professor in the Department of Physics, Dhaka University, Bangladesh currently. His primary research interests consist of problems which are far from equilibrium. In particular, he is involved in the study of a number of non-equilibrium phenomena, including theory of percolation under phase transition and critical phenomena, complex network theory, worked rigorously on stochastic fractals and multifractals, complex network theory, kinetics of aggregation and fragmentation, monolayer growth by deposition, nucleation and growth processes. The concept of symmetry, order, scaling, similarity and self-similarity, dynamic and finite-size scaling, fractal, multifractal, power-law, data-collapse, etc. have been the key tools of his research.

Sayan Mukherjee is working as Assistant Professor of Mathematics at Sivanath Shastri College, University of Calcutta, India. He has authored about 40 scientific papers in reputed journals and proceedings of the conferences and book chapters. His research interests include nonlinear time series analysis, biomedical and music signals, complexity analysis.

A Gowrisankar received his PhD (2017) degrees in Mathematics from the Gandhigram Rural Institute (Deemed to be University), Tamil Nadu, India. Further, he got institute postdoctoral fellowship from Indian Institute of Technology Guwahati, India. At present, he working as Assistant Professor in the Department of Mathematics, Vellore Institute of Technology, Vellore, India. His broad area of research includes fractal analysis, image processing and fractional calculus of fractal functions. 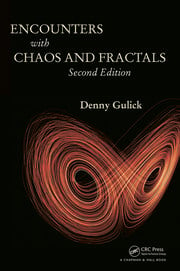 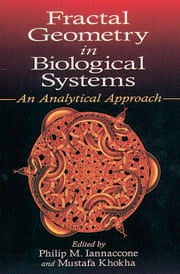 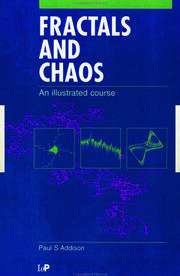