Franco
The Biography of the Myth 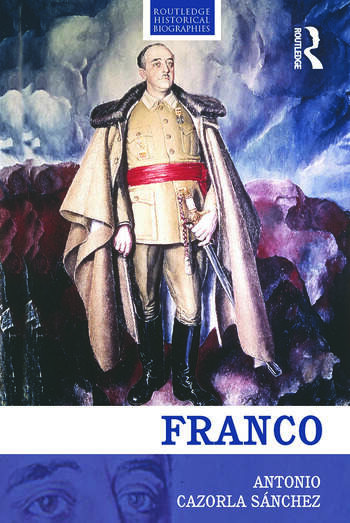 Franco: The Biography of the Myth

General Francisco Franco, also called the Caudillo, was the dictator of Spain from 1939 until his death in 1975. His life has been examined in many previous biographies. However, most of these have been traditional, linear biographies that focus on Franco’s military and political careers, neglecting the significance of who exactly Franco was for the millions of Spaniards over whom he ruled for almost forty years.

In this new biography Antonio Cazorla-Sanchez looks at Franco from a fresh perspective, emphasizing the cultural and social over the political. Cazorla-Sanchez's Franco uses previously unknown archival sources to analyse how the dictator was portrayed by the propaganda machine, how the opposition tried to undermine his prestige, and what kind of opinions, rumours and myths people formed of him, and how all these changed over time. The author argues that the collective construction of Franco’s image emerged from a context of material needs, the political traumas caused by the Spanish Civil War (1936-1939), the complex cultural workings of a society in distress, political manipulation, and the lack of any meaningful public debate. Cazorla-Sanchez's Franco is a study of Franco’s life as experienced and understood by ordinary people; by those who loved or admired him, by those who hated or disliked him, and more generally, by those who had no option but to accommodate their existence to his rule.

The book has a significance that goes well beyond Spain, as Cazorla-Sanchez explores the all-too-common experience of what it is like to live under the deep shadow cast by an always officially praised, ever present, and long lasting dictator.

"Written with verve, and more "The Franco Show" than a conventional life, Antonio Cazorla-Sanchez has given us a new type of biography, a serious yet entertaining analysis of half a century of the changing representations of this central figure of the most tragic moments of Spain's 20th century." Adrian Shubert, York University, Canada

"Cazorla Sa´nchez...provides an especially comprehensive analysis of the construction and evolution of Francoist mythology, including its political, social, and cultural context. By collecting and analyzing its sources and manifestations in an effective and engaging synthesis, the book helps to explain the strength and longevity of Franco’s dictatorship."

"Franco: The Biography of the Myth provides a much-needed and nuanced perspective on the study of this regime and its dictator and is recommended for college and university libraries, as well as those interested in the history of modern Spain, European dictatorship, and biography."