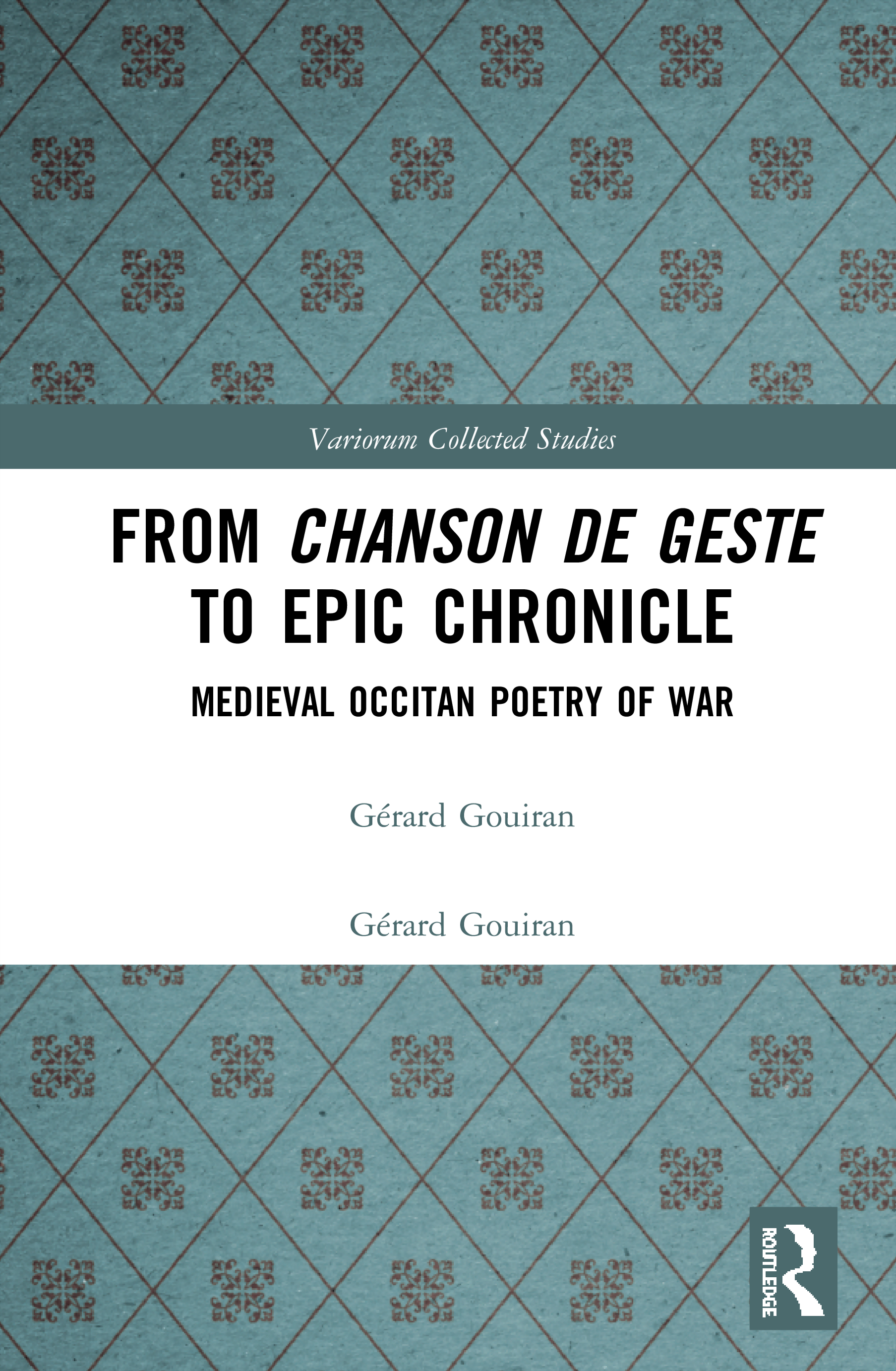 In this collection of essays Gérard Gouiran, one of the world's leading and much-loved scholars of medieval Occitan literature, examines this literature from a primarily historical perspective. Through texts offering hitherto unexplored insights into the history and culture of medieval Europe, he studies topics such as the representation of alterity through female figures and Saracens in opposition to the ideal of the Christian knight; the ways in which the narrating of history can become resistance and propaganda discourse in the clash between the Catholic Church and the French on the one hand, and the Cathar heretics and the people of Occitania on the other; questions of intertextuality and intercultural relations; cultural representations fashioning the West in contact with the East; and Christian dissidence in the twelfth and thirteenth centuries. Written in an approachable style, the book will be of historical, literary and philological interest to scholars and students, as well as any reader curious about this hitherto little-known Occitan literature.

Part 1: Women and Saracens in the Occitan chansons de geste

Chapter 1. Silhouettes of women in the Occitan and Old French Roland texts

Chapter 5. The Saracen from the depths of Hell to the gates of salvation

Chapter 6. Between Saracens and Christians, or the decapitated horse

Chapter 8. The first appearance of the herald in literature and the early war songs of Bertran de Born

Chapter 9. Drama queen? Worse: a jongleur! – or how to discredit an opponent: the representation of Bishop Fulk of Toulouse, alias Folquet de Marseille, by the anonymous author of the Song of the Albigensian Crusade

Chapter 10. The French against Montfort? The war councils held by Simon de Montfort in the second part of the Song of the Albigensian Crusade

Chapter 11. The good use of rebellion

Chapter 12. The Toulousains cry ‘Toulouse!’, the Gascons ‘Comminges!’… The Comminges parallels in the Song of the Albigensian Crusade

Chapter 13. The troubadour and the lord: history as viewed by the anonymous author of the Song of the Albigensian Crusade

Chapter 14. Las Novas del heretje, or who benefits from propaganda?

Gérard Gouiran was born in 1945 at Le Rove, which was then a small village close to Marseille. His parents often spoke Occitan between themselves, but avoided doing so with their children for fear of damaging their education. It was only after studying Classics in Marseille and then Paris that Professor Gouiran rediscovered the Occitan language, and from then on he has devoted himself to medieval literature. Best known for his magisterial edition of the troubadour Bertran de Born, he has written – and spoken – widely on troubadour lyric, epic, and romance.

taught at Northeastern University, Boston, USA for two years before moving to the University of Warwick, UK in 1971 where she is now Professor Emerita. Her books include Troubadours and Eloquence (1975); The World of the Troubadours: Medieval Occitan Society, c.1100-c.1250 (1993); Culture and Society in Medieval Occitania (2011); and Singing the Crusades: French and Occitan Lyric Responses to the Crusading Movement, 1137-1336 (2018).