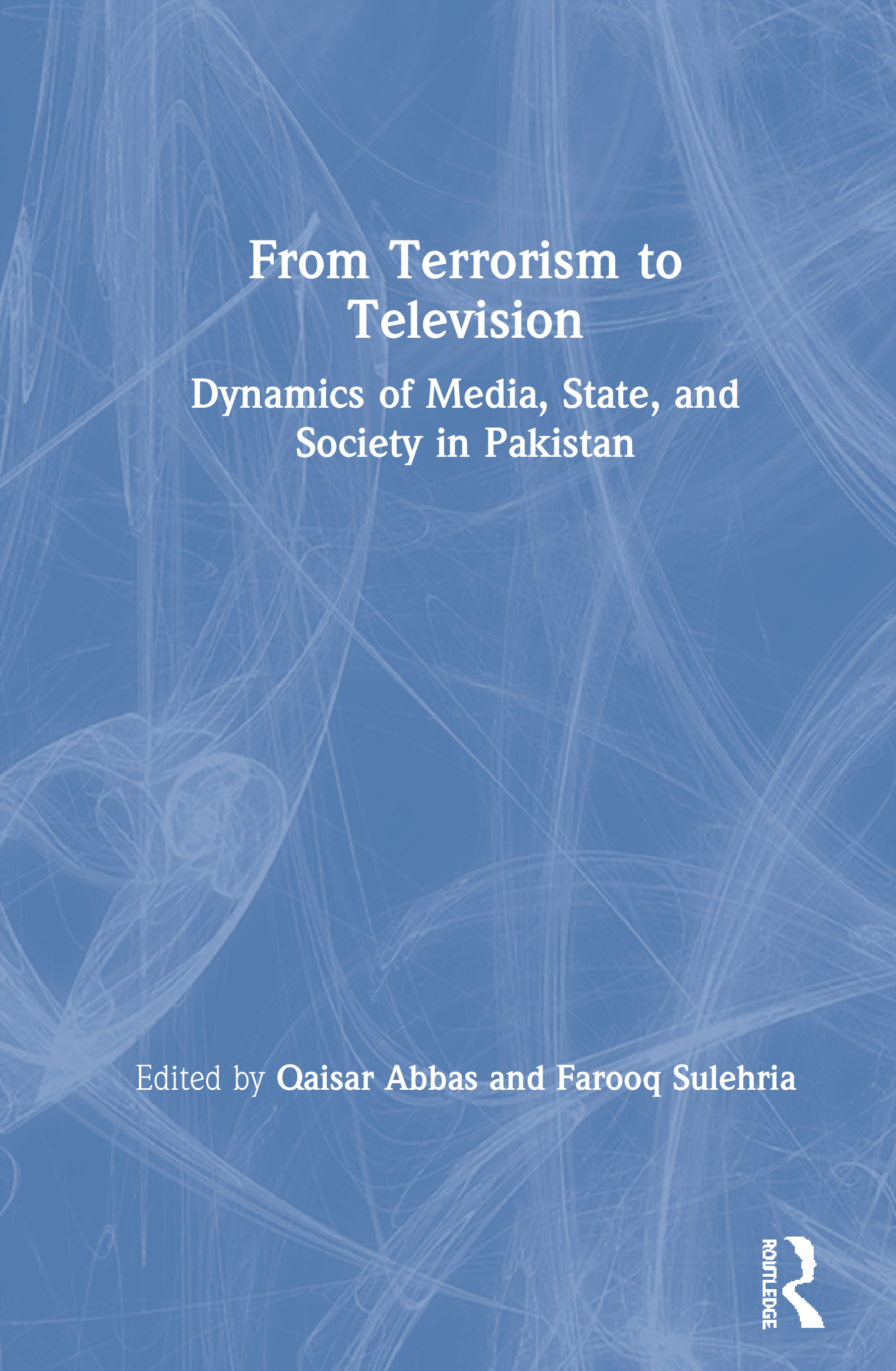 From Terrorism to Television

Dynamics of Media, State, and Society in Pakistan, 1st Edition

This book unpacks the media dynamics within the sociocultural, political, and economic context of Pakistan. It provides an in-depth, critical, and scholarly discussion of contemporary issues such as media, state, and democracy in Pakistan; freedom of expression in Pakistani journalism; Balochistan as a blind spot in mainstream newspapers; media control by state institutions; women and media discourses; TV talk shows and coverage of Kashmir; feminist narrative and media images of Malala Yousufzai and Mukhtaran Mai; jihad on screen; and Osama bin Laden’s death on screen, to understand the relation between media and terrorism. The book covers diverse media types including TV, radio, newspapers, print media, films, documentary, stage performance, and social media.

Detailed, interdisciplinary, analytical, and with original perspectives from journalists as well as academics, this volume will be useful to scholars and researchers of media studies, Pakistan studies, politics and international affairs, military and terrorism studies, journalism and communication studies, and South Asian studies. It will also interest general readers, policy makers, and those interested in global journalism, mass media, and freedom of expression.

Walking in Circle: Democracy, State and Freedom of Expression in Pakistan

Journalism in the Service of Jihad

Jihad on Screen: The Role of Jihadi Drama, Film and Their Press Coverage, 1979-89 in Islamising Pakistan

The Politics of Pity and the Individual Heroine Syndrome: Mukhtaran Mai and Malala Yousafzai of Pakistan

TV News as Merchant of War Hysteria: Framing the Kashmir Conflict in India and Pakistan

Performing Piety and Sexuality in Pakistan

Cost of Doing their Job: The Online Harassment of Women Journalists

The Journey of Pakistan’s Oscar-success A Girl in the River:An Insider’s Account

What Freedom? Reflections of a Working Journalist

Covering the Periphery: Balochistan as a Blind Spot in the Mainstream Newspapers of Pakistan

Interviews with I. A. Rehman, Mehdi Hassan, and Eric Rahim: Freedom of Expression and the Sham Democracy