From Trafficking to Terror
Constructing a Global Social Problem 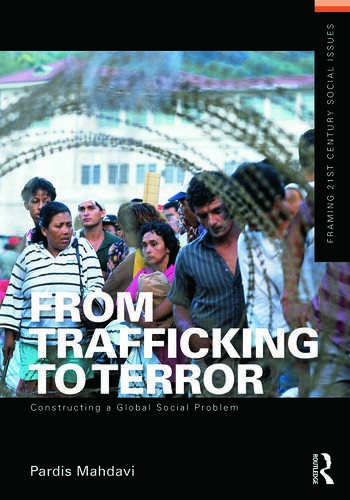 From Trafficking to Terror: Constructing a Global Social Problem

A panic surrounds human trafficking and terrorism. The socially constructed 'war on terror’ and ‘war on trafficking’ are linked through discourses that not only combine the two, but help promote an anti-Muslim sentiment. Using ethnographic data and stories, From Trafficking to Terror presents the need to challenge the trafficking and terror paradigm, and rethink approaches to the large scale challenges these discourses have created. This book is ideal for courses on gender, labor, migration, human rights and globalization.

Pardis teaches courses on Medical Anthropology, Sociocultural Anthropology, Ethnographic Methods and has designed new courses entitled "Sexual Politics of the Middle East" and "Love, Labor and the Law". She has published in the Journal of Middle East Women’s Studies, Encyclopedia of Women in Islamic Cultures, Culture, Health and Sexuality, Social Identities, Comparative Studies of South Asia Africa and the Middle East, Anthropology News, and the Institute for the Study of Islam in the Modern World Review. She has received fellowships and awards from institutions such as the American Council of Learned Societies, the Woodrow Wilson International Center for Scholars, the National Drug Research Institute, the American Public Health Association, and the Society for Applied Anthropology.