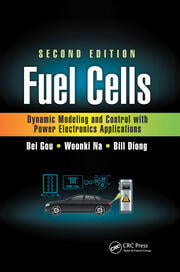 Bei Gou earned his PhD in electrical engineering at Texas A&M University in 2000. He was a power application engineer with ABB System Control at Santa Clara, California from 2000 to 2002, and then he worked as a senior analyst at the Independent System Operator-New England (ISO-NE) from 2002 to 2003. Dr. Gou joined the Department of Electrical Engineering at The University of Texas at Arlington as an assistant professor from 2003 to 2008. He is the founder of a start-up company—Smart Electric Grid, LLC. He was with the Department of Electrical and Computer Engineering as an associate professor at North Dakota State University from 2011 to 2013. His current research areas include: power system real-time monitoring, nonlinear control of fuel cells, power electronics theory and applications, blackout and cascading failures of power systems, phasor measurements, state estimation for power systems, and power system reliability. Dr. Gou has published about 90 journal and conference papers. He has authored two books, Fuel Cells: Modeling, Control and Applications (Taylor & Francis/CRC Press, Boca Raton, Florida, 2009) and Monitoring and Optimization of Power Transmission and Distribution Systems (VDM Publishing House Ltd., Germany, 2009).

Bill Diong is an associate professor in the Department of Electrical Engineering at Kennesaw State University (KSU), and he is also the coordinator of its MS Applied Engineering—Electrical concentration program. He earned his PhD in electrical engineering from the University of Illinois (Urbana-Champaign) in 1992 and gained valuable practical experience as a senior research engineer with Sundstrand Aerospace (now part of UTC [United Technologies Corporation] Aerospace Systems) before returning to academia. Prior to joining KSU in 2011, he had been an assistant professor at the University of Texas at El Paso where he was the Forrest and Henrietta Lewis professor of electrical engineering between 2000 and 2002. His research interests encompass advanced power and energy systems, including: electric vehicles and electronic power converters, and other dynamic systems and their control. He has authored or coauthored more than a dozen journal publications and several dozen conference publications in these areas. Funding for his work has come from various organizations that include the National Science Foundation, the Ballistic Missile Defense Organization, and the U.S. Air Force. He is a senior member of the IEEE.