This book evolved from the course developed at the U.S. Department of Labor's National Mine, Health, and Safety Academy to develop the legislation that eventually became 29 CFR 1910.120.

Mr. Campbell was born in Hartford, Connecticut. His undergraduate degree was from Fairmont State College, Fairmont, West Virginia, and Yale-New Haven Hospital, New Haven, Connecticut. He received his Masters of Science from Marshall University, Huntington, West Virginia. He was an Assistant Professor of Medicine, Hahnemann Medical College of Allied Health Sciences, and instructor of Occupational Health at the U.S. Department of Labor's National Mine Health and Safety Academy, Beckley, West Virginia. He is presently Chief Executive Officer of Campbell Associates, Inc., 533 Suffolk Drive, Sierra Vista, Arizona, a consulting firm specializing in occupational safety and health issues. Mr. Campbell is noted in several biographical references, including Who's Who in the Southwest, Who's Who in the World, and Personalities of the Americas. Dr. Langford was born in Owensboro, Kentucky and grew up in Savannah, Georgia. He received an A.A. from Armstrong State College in 1965, a B.S. in chemistry and physics from Georgia Southern College in 1967, and an M.S. in solution thermodynamics in 1971 and a Ph.D. in physical geochemistry in 1974, both from the University of Georgia under a National Defense Education Act Fellowship. He taught chemistry, geology, environmental chemistry, and physical science at the Savannah Science Museum, Bainbridge College, Georgia Military College, and Georgia Southern College before becoming the Chief of Clinical Chemistry at the U.S. Army Academy of Health Sciences. Following that assignment, Dr. Langford served as a consultant in hazardous waste management at the U.S. Army Environmental Hygiene Agency and then as Commander of the Environmental Sanitation Detachment in Taegu, Korea for the U.S. Army's 5th Preventive Medicine Unit. In Korea, he served as an adjunct faculty member to the University of Maryland. Upon his return to the U.S., he became Chief of Environmental Health at Fort Huachuca, Arizona and Preventive Medicine Officer for the U.S. Army Information Systems Command. Dr. Langford has served as a Judge at the Westinghouse International Science Fair, a member of the review panel for the National Science Foundation's Comprehensive Assistance to Undergraduate Science Education, a member of the scientific review panel for the Hazardous Substances Databank of the National Library of Medicine, and a consultant to the International Union of Operating Engineers. He is a Certified Industrial Hygienist (CIH), Certified Hazardous Materials Specialist (CHMS), Registered Sanitarian (RS), Fellow of the American Institute of Chemists (FAIC), Diplomate of the American Academy of Sanitarians, and Engineer-in-Training (EIT). He is author or coauthor of some twenty papers in thermodynamics, geochemistry, and hazardous materials and is listed in thirteen biographical references, including Who's Who in the World and Who's Who of Emerging Leaders. In 1988, he enrolled at the University of .Nbrlh Carolina - Chapel Hill to work toward a Ph.D. in radiological hygiene. 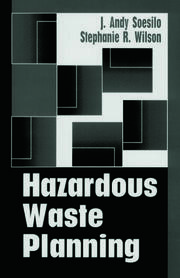 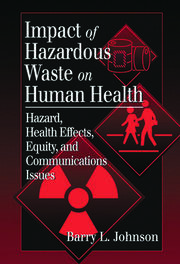