This textbook covers the essential aspects of process safety engineering in a practical and comprehensive manner.

It provides readers with an understanding of process safety hazards in the refining and petrochemical industries and how to manage them in a reliable and professional manner. It covers the most important concepts: static electricity, intensity of thermal radiation, thermodynamics of fluid phase equilibria, boiling liquid expanding vapor explosion (BLEVE), emission source models, hazard identification methods, risk control and methods for achieving manufacturing excellence while also focusing on safety. Extensive case studies are included.

• Fundamentals, methods, and procedures for the industrial practice of process safety engineering.
• The thermodynamic fundamentals and computational methods for release rates from ruptures in pipelines, vessels, and relief valves.
• Fundamentals of static electricity hazards and their mitigation.
• Quantitative assessment of fires and explosions.
• Principles of dispersion calculations for toxic or flammable gases and vapors.
• Methods of qualitative and quantitative risk assessment and control.

Samarendra Kumar Biswas is an internationally acknowledged expert in the field of process safety. He graduated in Chemical Engineering from Jadavpur University, Kolkata, in 1957 and started teaching at Jadavpur University. Immediately thereafter, under an Indo-American Technical Collaboration Programme, he went to the University of Wisconsin, Madison, where he received his M.S. and Ph.D. degrees in Chemical Engineering. He returned to India in 1961 and joined the Indian Institute of Technology (IIT) Delhi, where he taught Chemical Engineering initially as Lecturer and then as Assistant Professor. After IIT, Dr. Biswas joined Imperial Chemical Industries (ICI) India and worked initially for eight years on explosives research, and later as Technical Manager. While in Research, he developed new explosives formulations and obtained the first patent in India on pumpable slurry explosives. He then supervised field trials in iron ore mines. In 1975, Dr. Biswas was appointed as Technical Manager, ICI India major complex near Kolkata with manufacturing units of polyethylene (LDPE), rubber chemicals, paints, and other products. As Technical Manager, Dr. Biswas oversaw safety, quality control, and material and energy efficiencies of all units. Jointly with safety experts from the UK, Dr. Biswas conducted a number of safety training classes for ICI India’s managers. In his last two years before retirement from ICI in 1993, Dr. Biswas was the Corporate Environment Manager, responsible for all ICI India plants in India. After retirement from ICI, Dr. Biswas joined the board of the Aegis Group (Aegis Chemicals Ltd., Aegis Logistics Limited, Hindustan Aegis LPG Ltd) in Bombay, as Technical Director responsible for process engineering and operational safety of the Group’s major Oil, Gas, and Bulk liquid Chemical exports, imports, storage facilities in various Indian ports, and distribution facilities countrywide.

Umesh Mathur graduated in Chemical Engineering from the Indian Institute of Technology (IIT), New Delhi, in 1966. Next, he obtained a post-graduate diploma in Petroleum Refining and Petrochemicals from the Indian Institute of Petroleum (IIP), Dehradun. After graduating from the IIP, he worked for four years until 1971 as a Process and Project Technologist at the Burmah-Shell Refineries in Mumbai. He then went back to graduate school at the University of Tulsa in Oklahoma where he obtained an M.S. in Chemical Engineering. For over 50 years, Mr. Mathur has held several senior positions in engineering and consulting companies in the USA, specializing in numerous petroleum refining, petrochemical, complex chemical processes. He has first-hand experience in the areas of process operations, process and equipment design, process control, and real-time optimization. He offers expertise in the domains of industrial process simulation, phase equilibrium thermodynamics, process debottlenecking, and plant troubleshooting. He specializes in equipment design, mathematical modeling and simulation, multivariable model-predictive control, process safety engineering, and plant-wide optimization in both real-time and off-line environments. Over the years, he has developed domain knowledge in petrochemical, complex chemical, petroleum refinery, and gas processing technologies. Mr. Mathur was employed for three years by SK Innovation in Ulsan, South Korea as a Technology Adviser at the world’s second-largest (840,000 BPD) integrated petroleum refinery/lubricating oils and petrochemical complex. He is a registered professional engineer in Oklahoma (1976-), Life Member of American Institute of Chemical Engineers (AIChE), and member, Dortmund Databank, and Software Technologies (DDBST) Consortium, Oldenburg, Germany.

Swapan Kumar Hazra is an internationally renowned process safety professional in the Oil, Gas and Petrochemical process industries with over 50 years of experience. He is a Mechanical Engineer from the Indian Institute of Technology (I.I.T.) Kharagpur and also Post-Graduated in Business Management. He has been the Chief Executive Officer and Managing Director of Aegis Group (Aegis Chemicals, Aegis Logistics, and Hindustan Aegis LPG Ltd.) for 20 years. He served overseas in the British Gentec/Power gas Group as Chairman of their Gas business for three years. Prior to Aegis, he served in senior positions with other reputed companies, including ICI India Ltd., Engineers India Ltd., Union Carbide (later known as Oswal Petrochemicals), Aker Solutions India (formerly Davy Power gas India), etc. He also has many years of experience in Project Engineering and design and implementation of large projects in the Chemical, Oil, and Gas sector. He has specialized in process safety, health, and environment protection. He was the first President of the Indian LPG Industry Association. He was also the Chairman of the Sustainability, Safety, Health and Environment Committee of the Indian Chemical Council (formerly known as Indian Chemical Manufacturers Association) for almost 10 years. He was appointed by the Government of India as a member of their Expert Appraisal Committee for assessment of process hazards and risks for all new and expansion projects in the Oil, Gas, Petrochemical, and Chemical Industries. He was nominated by the Government of India to their Central Crisis Group that deals with industrial emergencies, as well as to their National Disaster Management Authority. Internationally, Mr. Hazra’s expertise was recognized for safety in the Oil and Gas sector by the National Fire Protection Association (NFPA) of America, who appointed Mr. Hazra as an Expert Member in their Technical Committee for developing Safety Standards for LNG and LPG facilities (NFPA 59A & NFPA 58). He has also been a member of the Working Group on Marine Safety of the Society of International Gas Tankers and Terminal Operators Ltd., U.K. He is an expert technical committee member NFPA 59A US Standard for LNG Installation, expert technical committee member NFPA 58 US Standard for LPG Installation, member expert panel of the Canadian Government’s Business-led Networks of Centres of Excellence (BL_NCE) in the field of “Sustainable Hydrocarbon Development” and chartered engineer of the institution of engineers, India. 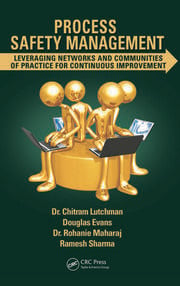 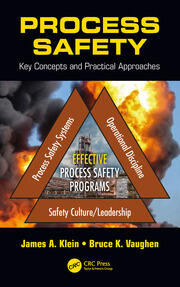