Statistical distributions are important tools to model the characteristics of data sets such as right or left skewness, bi-modality or multi-modality observed in different applied sciences such as engineering, medicine, and finance, among others. The well-known distributions such as normal, Weibull, gamma, Lindley are extensively used because of their simple forms and identifiability properties. However, mostly in the last decade or so, researchers have focused on the more complex and flexible distributions, referred to as Generalized or simply G families of distributions to increase the modeling ability of these distributions by adding one or more shape parameters.

Some of the objectives are listed below:

Derive useful mathematical properties such as, ordinary and incomplete moments, moments generating functions, residual life and reversed residual life functions, order statistics, quantile spread ordering and entropies, among others and some bivariate and multivariate extensions of the new and existing models using a simple type copula such as:

haracterize the models via several techniques such as:

● certain functions of the random variable.

● the conditional expectation of the record values.

Assess the performance of the used estimation methods via Monte-Carlo simulation studies.

Show the wide importance and the flexibility of the new models against the competitive models.

Construct some new regression models based on the new proposed G families and use in statistical prediction.

DR. MIR MASOOM ALI is George and Frances Ball Distinguished Professor Emeritus of Statistics and Professor Emeritus of Mathematical Sciences at Ball State University in the USA. He obtained his B.Sc. (Honors) and M.Sc. degrees in Statistics in 1956 and 1957, respectively from the University of Dhaka, Bangladesh and his second M.Sc. and Ph.D. degrees both in Mathematical Statistics in 1967 and 1969, respectively from the University of Toronto, Canada. Dr. Ali founded the statistics program at Ball State University in 1971. Dr. Ali has published widely and extensively over 250 articles in leading statistical journals in areas such as finite sampling, order statistics, inference based on optimal spacing, multivariate statistics, characterization problems, mixture of distributions, ranking and selection, survival analysis, estimation of tail probabilities, parametric estimation, Bayesian inference, skew-symmetric distributions and generalized family of probability distributions. He also published over 210 reviews of articles and books. He co-authored the book Testing and Inspection Using Acceptance Sampling Plans which was published by Springer in 2019. He has received a number of awards, including gold medals from two international statistical associations, the Outstanding Researcher Award and the Outstanding Faculty Award from the Ball State University and five Meritorious Service awards from the Midwest Biopharmaceutical Statistics Workshop (MBSW) which have been held annually for the past 42 years and is co-sponsored by the Biopharmaceutical Section of the American Statistical Association and was co-founded by him. He is the recipient of the Sagamore of the Wabash which was awarded by the Governor of the State of Indiana for Dr. Ali’s contributions to the field of Statistics and is the highest honour that can be bestowed in the State of Indiana, USA. He is a Fellow of several statistical associations, including the American Statistical Association, The Royal Statistical Society, UK, The Institute of Statisticians, UK, The Bangladesh Academy of Sciences and Dhaka University Statistics Department Alumni Association (DUSDAA). He is also an Elected Member of the International Statistical Institute. Dr. Ali has served as editor, associate editor and editorial board member of several international statistical journals. He also served as a reviewer of many international statistical journals. He has been a keynote and invited speaker at many international conferences and universities. He has been a visiting professor/visiting scholar at universities and institutes in the USA, Canada, India, Saudi Arabia, Bangladesh, South Korea and Japan. Five international journals had published Special Volumes and Ball State University had published a Festschrift in Dr. Ali’s honour. Dr. Ali had a total of 50 years of experience as a practitioner and teacher of Statistics when he retired in 2007, He still is very active in research and publication.

received B.Sc., M.Sc., M.Phil., and Ph.D. degrees from Aligarh Muslim University. He is currently a working faculty member with the Department of Statistics and Operations Research, Aligarh Muslim University. He received the Post Graduate Merit Scholarship Award during his M.Sc. (statistics) and the UGC-BSR Scholarship award during his Ph.D. (statistics) program. His research interests include applied statistics, survey sampling, reliability theory, supply chain networks and management, mathematical programming, Fuzzy optimization, and multiobjective optimization. He has supervised M.Sc., M.Phil., and Ph.D. students in operations research. He has completed a research project UGC–Start-Up Grant Project, UGC, New Delhi, India. He has published more than 100 research articles in SCI/SCIE and other reputed journals and serves as a Reviewer for several journals. He has published some edited books for Taylor France and Springer Nature publishers and some are in process of publication. He has currently published one textbook "Optimization-with-LINGO-18-Problems-and-Applications". This book is useful for academicians, practitioners, students, and researchers in the field of OR. He is a Lifetime Member of various professional societies: Operational Research Society of India, Indian Society for Probability and Statistics, Indian Mathematical Society, and The Indian Science Congress Association. He has delivered invited talks in several universities and Institutions. He also serves as an Associate Editor and Guest Editor of SCI/SCIE for some journals. 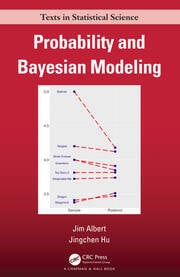 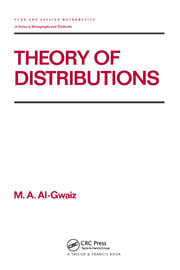 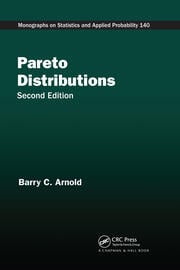