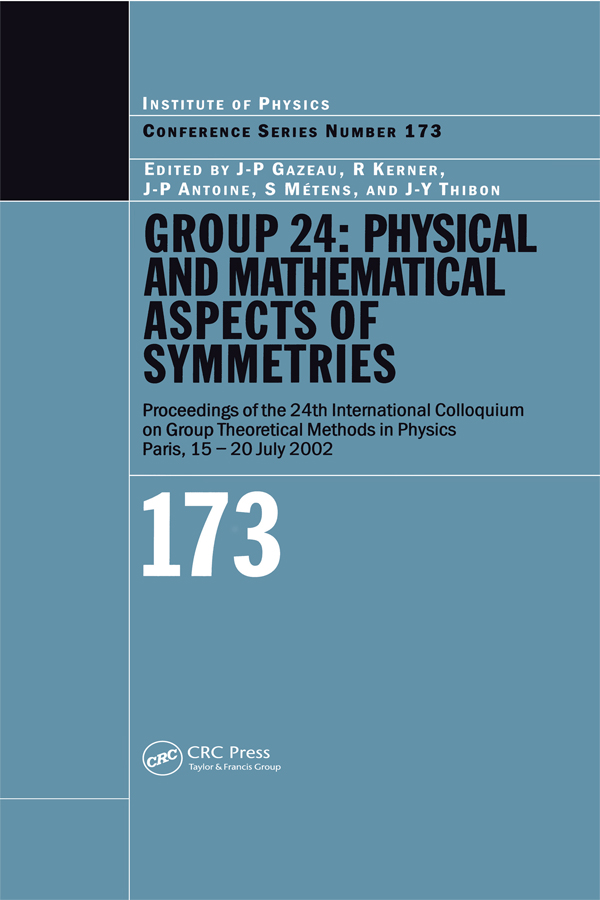 One of the most enduring elements in theoretical physics has been group theory. GROUP 24: Physical and Mathematical Aspects of Symmetries provides an important selection of informative articles describing recent advances in the field. The applications of group theory presented in this book deal not only with the traditional fields of physics, but also include such disciplines as chemistry and biology.

As a record of an international meeting devoted to the physical and mathematical aspects of group theory, GROUP 24: Physical and Mathematical Aspects of Symmetries constitutes an essential reference for all researchers interested in various current developments related to the important concept of symmetry.