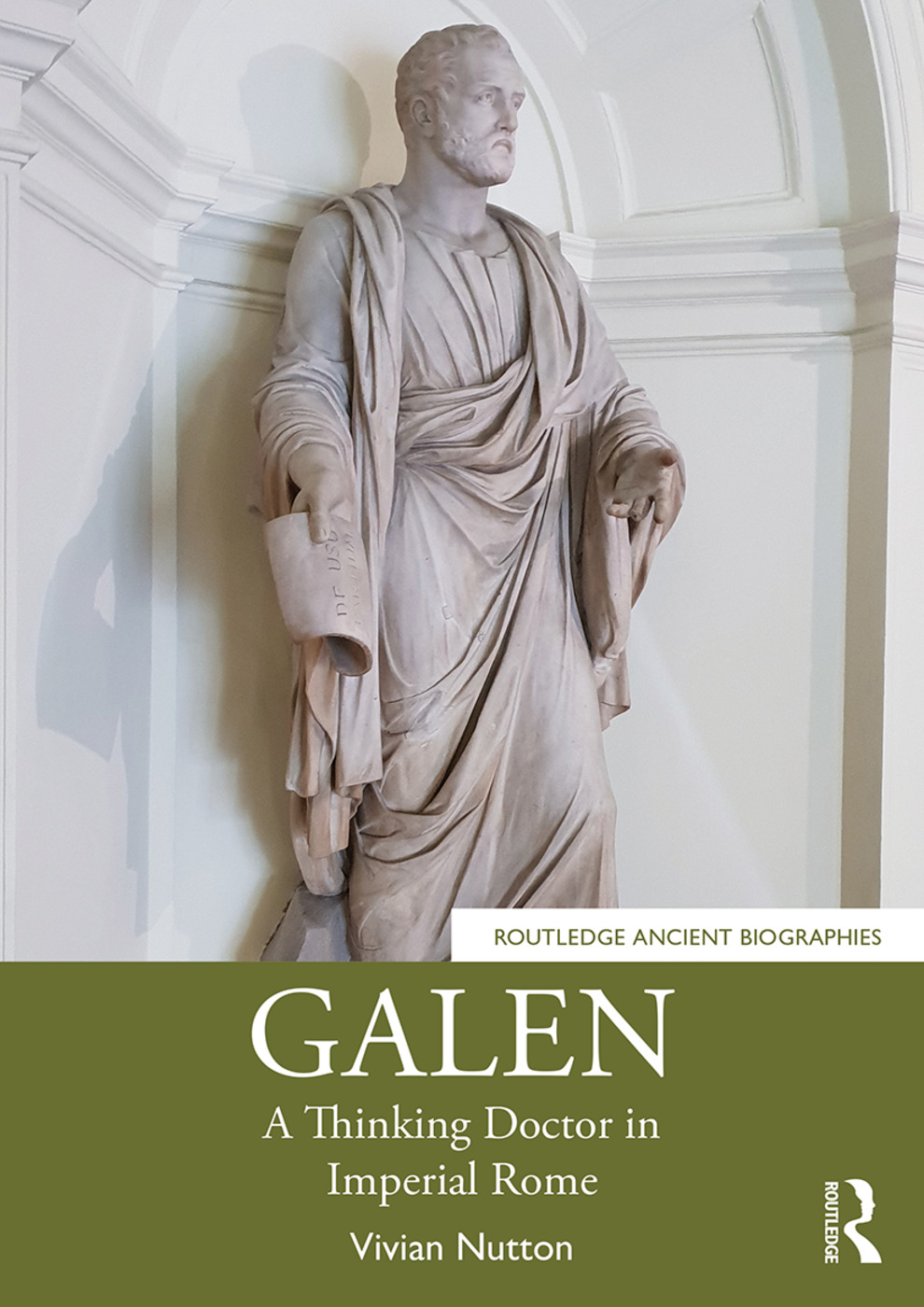 This volume offers a comprehensive biography of the Roman physician Galen, and explores his activities and ideas as a doctor and intellectual, as well as his reception in later centuries.

Nutton’s wide-ranging study surveys Galen's early life and medical education, as well as his later career in Rome and his role as court physician for over forty years. It examines Galen's philosophical approach to medicine and the body, his practices of prognosis and dissection, and his ideas about preventative medicine and drugs. A final chapter explores the continuing impact of Galen's work in the centuries after his death, from his pre-eminence in Islamic medicine to his resurgence in Western medicine in the Renaissance, and his continuing impact through to the 19th century even after the discoveries of Vesalius and Harvey.

Galen is the definitive biography this fascinating figure, written by the preeminent Galen scholar, and offers an invaluable resource for anyone interested in Galen and his work, and the history of medicine more broadly.

"This book will be a point of reference for many a student of ancient medicine. With unparalleled erudition and style, Vivian Nutton takes us through the life and work of the great Galen, weaving together the biographical and detailed analysis of Galen’s thought and practice. What emerges is the towering picture of a unique individual in the history of thought. The contrasting afterlives of Galen, from ‘philosopher of the cosmos’ for medieval readers, to Renaissance Latin epigrams and disparaging comments by an old German philologist, bear witness to the unmatched life, career and achievements of the physician to Marcus Aurelius – this splendid book, too, pays hommage to Galen, whilst illustrating his most relentless student’s dedication, mastery and wit." - Caroline Petit, University of Warwick, UK

"Only within the past few decades have students of antiquity come to understand just how rich and exciting Galen was, not only as a medical writer but as a keen and delightfully opinionated observer of Greco-Roman intellectual culture during the second century CE. With this new biography of Galen, Nutton introduces this feisty, polymathic Greek doctor and his voluminous writings to newcomers and seasoned scholars alike. Nutton’s elegant and lucid biography offers a lively portrayal of Galen’s medical practice, his professional rivalries, and his monumental contributions to the history of western medicine." - Ralph M. Rosen, University of Pennsylvania, USA

"After a lifetime of study, Vivian Nutton understands Galen, his work and influence as well as anyone alive. He distils with clarity the scholarship Galen used, later Galenism and modern interpretations. This volume is a real eye-opener for historians across all periods, medical researchers and the general reader." - John Wilkins, University of Exeter, UK

Vivian Nutton, FBA, is Professor emeritus of the History of Medicine at University College London, as well as Professor of the History of Medicine at the First Moscow State Medical University. He has published extensively on all aspects on medicine before the seventeenth century, and is the author of Ancient Medicine, 2nd edition (Routledge, 2012). He has edited and translated several treatises from the Galenic Corpus including On Prognosis (1979), On My Own Opinions (1999), and On Problematical Movements (2011). His edition and translation of selections from the neglected On the Voice is forthcoming in the journal Galenos. His recent studies of Renaissance Galenism include translations of Principles of Anatomy according to Galen by Johann Guinter and Andreas Vesalius (Routledge, 2017) and An Autobibliography by John Caius (Routledge, 2018). A general survey of European medicine from 1490 to 1628 is in progress.