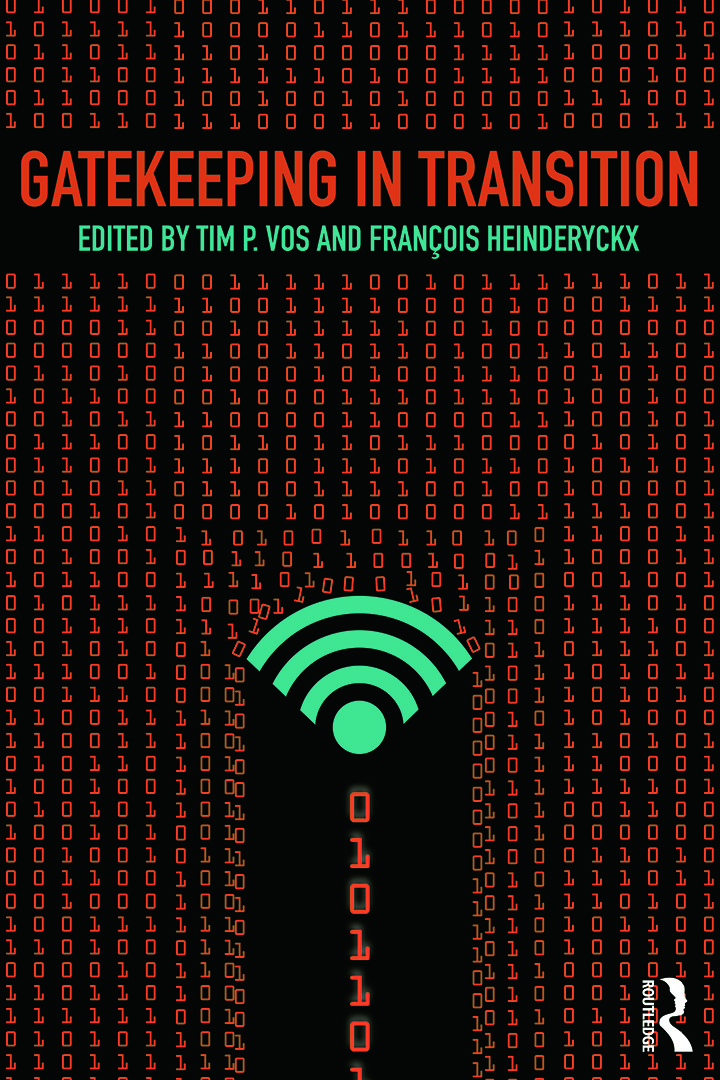 Much of what journalism scholars thought they knew about gatekeeping—about how it is that news turns out the way it does—has been called into question by the recent seismic economic and technological shifts in journalism. These shifts come with new kinds of gatekeepers, new routines of news production, new types of news organizations, new means for shaping the news, and new channels of news distribution. Given these changing realities, some might ask: does gatekeeping still matter?

In this internationally-minded anthology of new gatekeeping research, contributors attempt to answer that question. Gatekeeping in Transition examines the role of gatekeeping in the twenty-first century from organizational, institutional, and social perspectives across digital and traditional media, and argues for its place in contemporary scholarship about news and journalism.

"Gatekeeping is evolving: it is disassembled, reconfigured, crowdsourced, and even algorithmified, to keep up with the demands of a rapidly transforming mediascape. This wide-ranging and comprehensive collection provides a fascinating insight into future trajectory of this enduring practice."

"A transformed news ecology has made gatekeeping a research concept—to put it mildly—‘in transition.’ But this volume shows its robustness and continued value, how it usefully opens the now-networked and multi-layered black box of choices shaping the global news arena."

—Stephen D. Reese, The University of Texas at Austin

"Gatekeeping is a dynamic and rapidly shifting field, shaped by the era of digital journalism, changing economic realities and new roles for journalists. This outstanding volume compellingly demonstrates not only the continued relevance of the gatekeeping paradigm, but also the new and exciting ways in which it is being studied around the world and across news organisations, forms and platforms as well as traditions of research. The book is a much-needed contribution at the cutting edge of scholarship, and is essential reading for anybody interested in journalism today."

"Written by international scholars, the essays Vos (Univ. of Missouri) and Heinderyckx (Univ. of Brussels) collect here are impressive in their accessibility, content, and scope. (…) Gatekeeping in Transition is an important book. Summing Up: Highly recommended."

5. On a Role: Online Newspapers, Participatory Journalism, and the U.S. Presidential Elections Jane B. Singer 6. The Journalist As A Jack Of All Trades: Safeguarding The Gates In A Digitized News Ecology Karin Raeymaeckers, Annelore Deprez, Sara De Vuyst, and Rebeca De Dobbelaer

Tim P. Vos is chair and associate professor of Journalism Studies and coordinator of global research initiatives at the University of Missouri School of Journalism. He is co-author, with Pamela J. Shoemaker, of Gatekeeping Theory (2009).