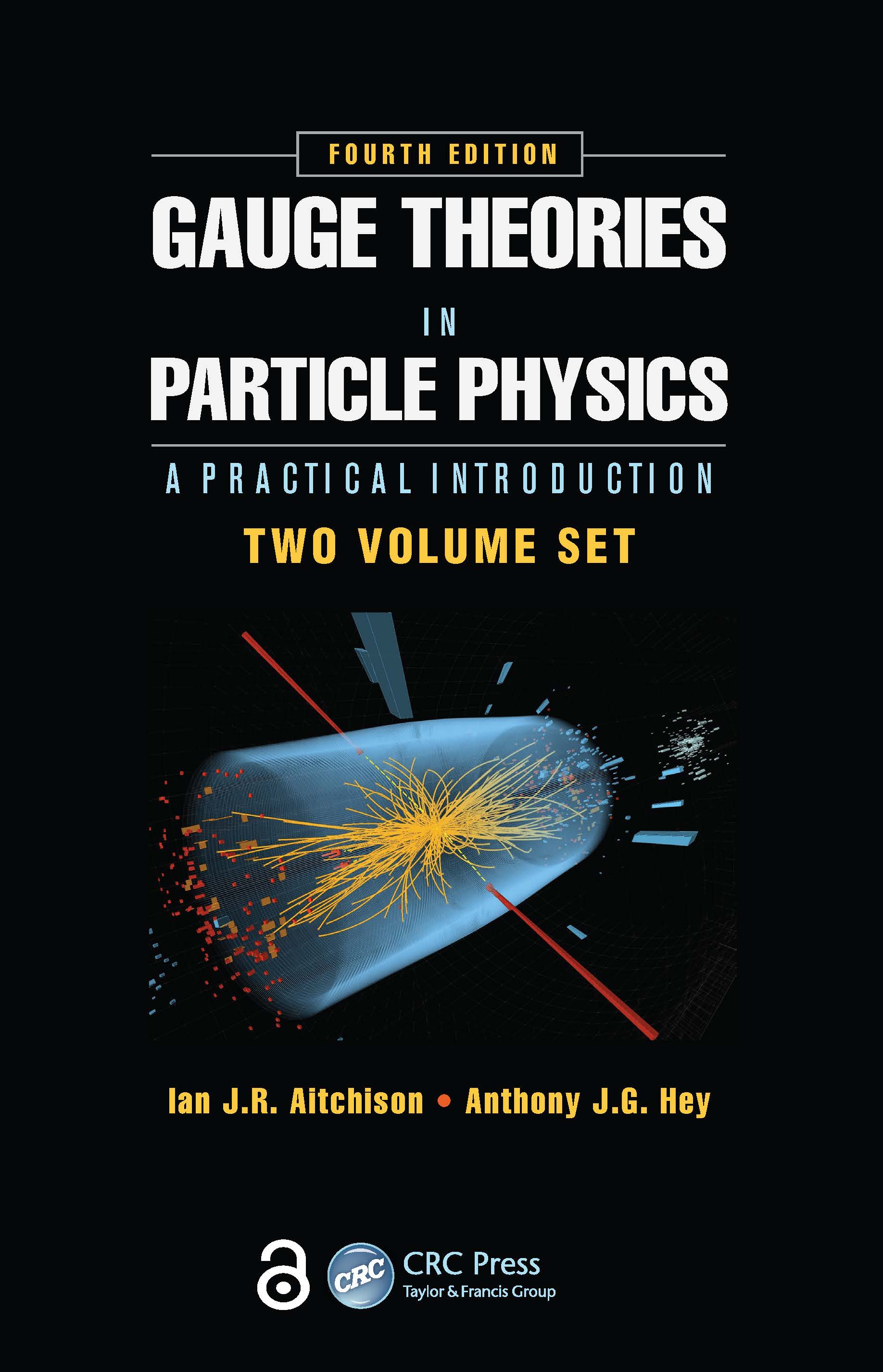 The fourth edition of this well-established, highly regarded two-volume set continues to provide a fundamental introduction to advanced particle physics while incorporating substantial new experimental results, especially in the areas of CP violation and neutrino oscillations. It offers an accessible and practical introduction to the three gauge theories included in the Standard Model of particle physics: quantum electrodynamics (QED), quantum chromodynamics (QCD), and the Glashow-Salam-Weinberg (GSW) electroweak theory.

In the first volume, a new chapter on Lorentz transformations and discrete symmetries presents a simple treatment of Lorentz transformations of Dirac spinors. Along with updating experimental results, this edition also introduces Majorana fermions at an early stage, making the material suitable for a first course in relativistic quantum mechanics.

Covering much of the experimental progress made in the last ten years, the second volume remains focused on the two non-Abelian quantum gauge field theories of the Standard Model: QCD and the GSW electroweak theory. A new chapter on CP violation and oscillation phenomena describes CP violation in B-meson decays as well as the main experiments that have led to our current knowledge of mass-squared differences and mixing angles for neutrinos. Exploring a new era in particle physics, this edition discusses the exciting discovery of a boson with properties consistent with those of the Standard Model Higgs boson. It also updates many other topics, including jet algorithms, lattice QCD, effective Lagrangians, and three-generation quark mixing and the CKM matrix.

This revised and updated edition provides a self-contained pedagogical treatment of the subject, from relativistic quantum mechanics to the frontiers of the Standard Model. For each theory, the authors discuss the main conceptual points, detail many practical calculations of physical quantities from first principles, and compare these quantitative predictions with experimental results, helping readers improve both their calculation skills and physical insight.

"Aitchison and Hey was the ‘bible’ for me as a young post-doc at a time in the 1980s … . The book has been revised regularly as the field progressed and I am delighted to see a new edition which brings it up to date to the discovery of a Higgs-like boson at the LHC in July 2012. As an experimentalist, this book helped me understand the theoretical underpinnings of my work. Its strength has always been the combination of the theory with discussion of experimental results. The new edition continues this tradition by including background on discrete symmetries and discussion of the related important observations of the last ten years—CP violation and oscillations in the B sector and the now rich phenomenology of neutrino oscillations. This will become a new classic."

"The fourth edition of Gauge Theories in Particle Physics continues in its successful 2-volume format from the third edition. This is an indispensable textbook for all particle physicists, experimentalists and theorists alike, providing an accessible exposé of the Standard Model, covering the mathematics used to describe it and some of the most important experimental results which vindicate it. As a lecturer in an advanced course on the Standard Model for experimentalists, I use the books for the more theoretical aspects and as a constant source for clear explanations of the underlying physics. I also know it to be the recommended text on numerous theoretical modules in particle physics. Volume 2 has been updated with extended discussions on quark and neutrino mixing and inclusion of results on CP violation and neutrino oscillations, given the enormous progress experimentally in these areas. Various other improvements and extensions, mainly to Volume 2, mean that these textbooks will remain on the top of a high energy physicist's reading list for years to come."

Praise for the Third Edition:

"Aitchison and Hey have arrived at another winning balance … I would thoroughly recommend it to anyone learning field theory who wants to see how it is really used, why it is used, and hence to get a much better understanding of what QFT is really about."

The Particles and Forces of in the Standard Model

Electromagnetism as a Gauge Theory

Loops and Renormalization I: The ABC Theory

APPENDIX I: The Schrödinger and Heisenberg Pictures

QCD AND THE RENORMALIZATION GROUP

WEAK INTERACTIONS AND THE ELECTROWEAK THEORY

Introduction to the Phenomenology of Weak Interactions

APPENDIX Q: Feynman Rules for Tree Graphs in QCD and the Electroweak Theory